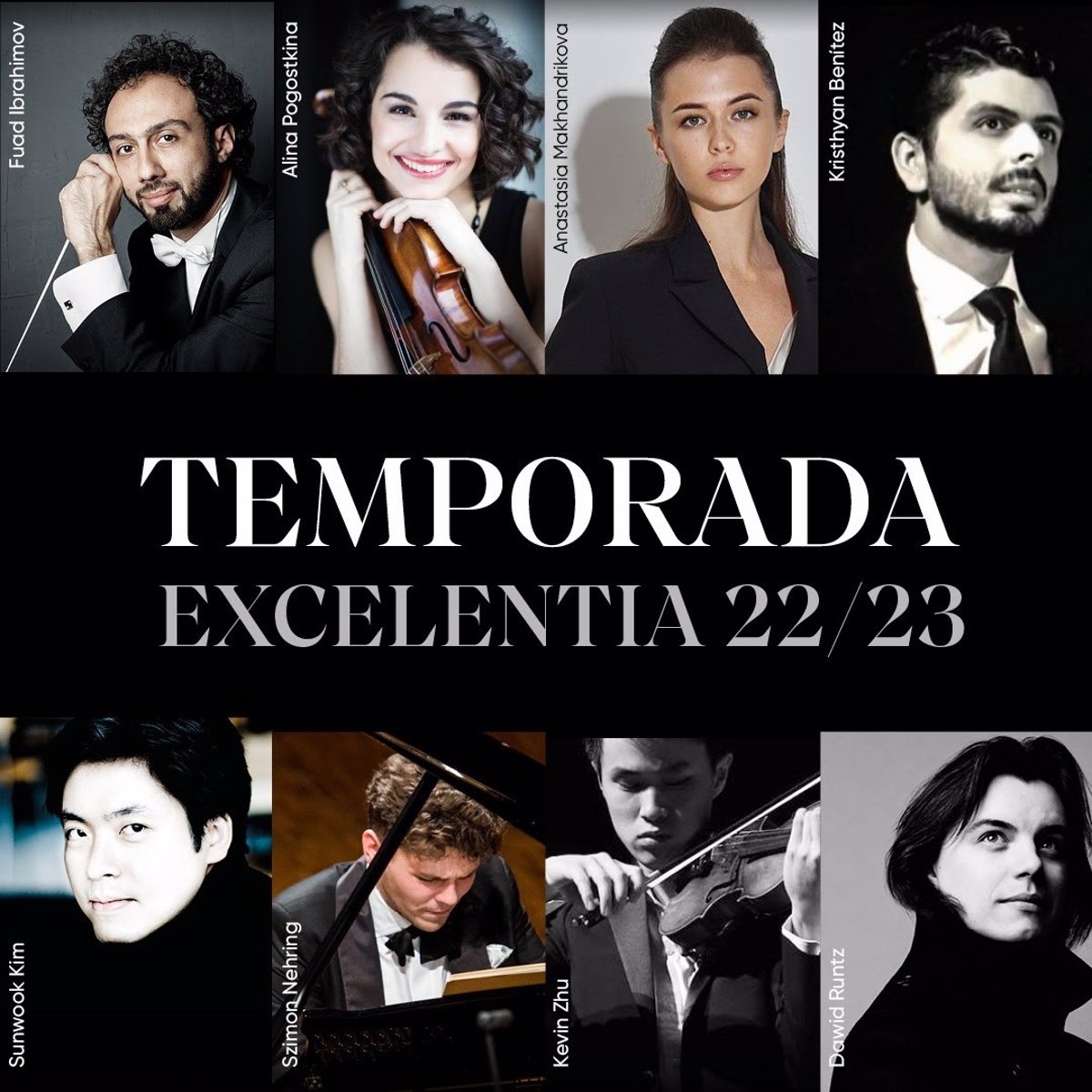 National Auditorium has presented the New Concert Cycles for the 22/23 season which will begin on September 28 until June 7, 2023, in the case of the Great Classics, with a total of 11 very varied works, such as ‘Inmortal Beethoven’ by director Sunwook Kim, who will open these concerts, ‘Handel’s Messiah’ of Joseph Antonio Sainz (December 9) o ‘West Side Story’ by Tito Muñoz (February 23, 2023).

These Great Classics will be held in the Symphony Hall of the National Auditorium and will host performances such as ‘Mendelssohn & Requiem de Mozart’ by Kynan Johns (October 20); ‘Paganini y Rossini’ by Daniel Raiskin (November 16); ‘Rachmaninoff and Beethoven’s Eroica’ by Robert Farkas (January 18, 2023); ‘Carmina Burana’ by Kynan Johns (February 8, 2023).

Likewise, there will also be the work of ‘Lobgesang de Mendelssohn Orfeón Donostiarra’ by director Fuad Ibrahimov (March 4, 2023); ‘Tchaikovsky y Beethoven’ by Juan Pablo Valencia (April 26, 2023); ‘Rachmaninoff and the Knight of the Rose’ by Dawid Runtz (May 10, 2023); and finally the ‘Beethoven’s Ninth Symphony and Lauda Sion’ del director Grzegorz Nowak (7 de junio 2023).

In turn, the institution has also presented the program for the Espacio de Cámara Cycle, which will begin on October 1 with Bach’s Brandenburg concerts and will end on May 20, 2023 with the Zarzuela Grand Gala. In this case, the public will also be able to enjoy Vivaldi’s The Four Seasons (January 28, 2023); with Mozart’s Symphony Concertante (November 2); with the Grand Opera Gala (December 10).

One thought on “‘Immortal Beethoven’, ‘Handel’s Messiah’ or ‘West Side Story’, main attractions for 22/23 at Auditorio Nacional”

Casemiro does not travel to Vigo