Pilar Aymerich, National Photography Award, for her career “at the foot of the street” since the 1970s 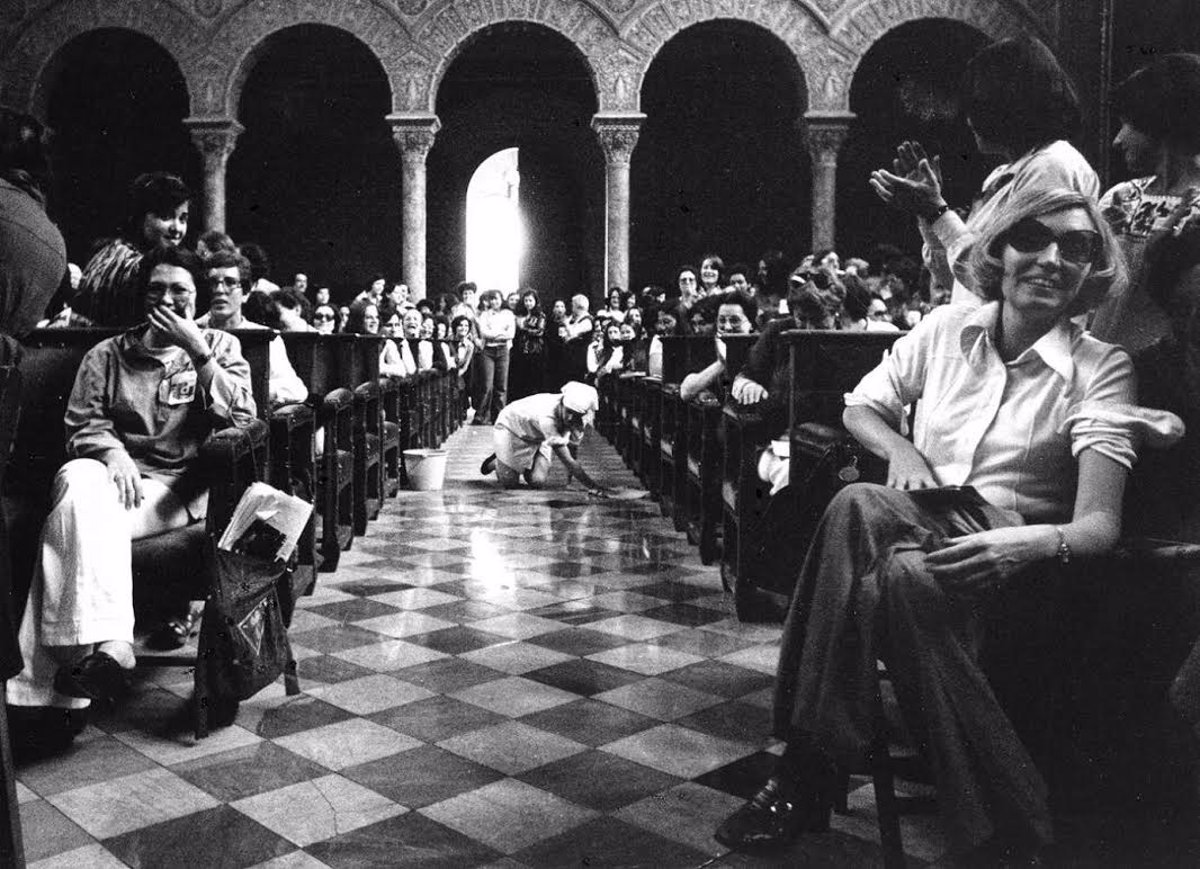 “It’s a dangerous time, the right is growing“, says the award-winning

The jury of the National Photography Award has awarded in this year’s edition to Pilar Aymerich, who has warned about the need to “improve things in a democratic country at a dangerous time when the right is growing.”

“This society in general still has things to improve within a democratic country, especially in these moments when it seems that the right wing is increasing. It is a somewhat dangerous moment and you have to be very vigilant so that all the rights of people are respected“The winner said in statements to Europa Press.

The jury has justified the ruling by Aymerich’s career “in the field of photography at street level, developed from the seventies, which it raises pressing questions in the late-Franco social and political reality, which are still relevant today. “

The award, awarded by the Ministry of Culture and Sports, is endowed with 30,000 euros. The ruling also highlighted that “a work that sprouts from an ethical notion in which fragility is the starting point of a photographic narrative “.

Aymerich has explained with humor that the jury of the National Prize has not been able to contact him in the course of more than an hour and has generated a certain ‘nervousness’. “I was in the Archaeological Museum eating with the director and had closed the mobile. It was just arriving at the studio when they sent me a message saying that they were trying to locate me: it is the life of the photojournalist, “he said with a laugh.

She has also referred to her work as a feminist in the 70s, which she would not know whether to qualify as a pioneer. “There are many women who were pioneers at that time and I participated in it. Then, declaring oneself a feminist was not so easy, there were many women who did not do it out of fear, especially within the journalism world, “she lamented.

After acknowledging that this award is “an immense illusion”, he pointed out that he was unaware of the economic endowment, but that “he still ends up going part to a new chamber.” “Or I make an arrangement in the studio, because I still continue to enlarge all my photos and I’m going to buy a super paper “, it is finished.

Aymerich (Barcelona, ​​1943) studied at the drama school and in London he entered the field of photography. Later he expanded his technical knowledge in Paris, later specializing in photographic reporting and portraiture.

He began his professional career in 1968 in Barcelona collaborating with the CIS agency at a time when censorship still existed. Her work as a street photographer achieves a greater presence from 1975, in line with the visibility that social movements acquire after Franco’s death.

His graphic work has appeared over the years in various periodicals such as Triunfo, Destino, Cambio 16, El País, Fotogramas or Qué Leer.

Pilar Aymerich incorporates feminist approaches and reflections into her own praxis, something really unusual in the panorama of those years in Spain. He develops his own militancy and photographs from within the main actions and demands of the movement (strikes, rallies, demonstrations, etc.).

His images represent a radical deconstruction of the practice of modern photojournalism: first he mixes with the environment, he understands the situation and then the photography.

He has also carried out pedagogical work teaching photography to young people and at the Institute of Photographic Studies of Catalonia. Part of his photographic work was acquired by the Museo Nacional Centro de Arte Reina Sofía in 2018. In 2005 he received the Cross of Sant Jordi.