Paul Auster: “From the failure in my first years as a writer, I managed to understand myself” 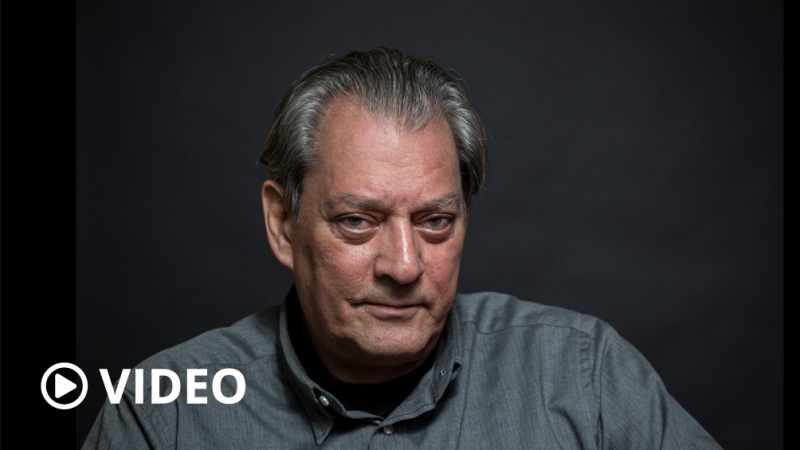 “It’s ugly to admit it, but when I think of those editorials that eluded me when I was young, I feel a bit of that kind of pleasure that takes revenge,” warns the American writer Paul Auster in a phrase that, far from being part of the repertoire of Confessions of the Self, allows him to repeat one of the literary exercises he practiced for forty years: spying and understanding how a writer’s head works.

The revelation is part of a conversation he has with Tlam within hours of his participation in the Filba literary festival, where he will share with his wife, the narrator and essayist Siri Hustvedt, one of the very few talks that the marriage has had in the context of a public activity.

Author of some thirty books including poetry, essays, film scripts and memoirs, he has just published “The immortal flame of Stephen Crane” (Seix Barral), where he becomes a biographer of whom he considers the first modernist in the United States, a man who anticipated what would happen in the twentieth century and for whom the creator of “Leviatn” and “The Invention of Solitude” claims the place he deserves on the podium of American literature.

The story of Crane, the “burning boy” as his biographer chose to nickname him, burns through the nearly thousand pages of the book. Photo: Florence Downes

By phone – because he considers himself a “dinosaur” who likes to write by hand, avoid computers and, in addition, talk on the phone – from his home in Park Slope, Brooklyn, where he lives with Hustvedt, and between laughter that leaves glimpse that he still enjoys the gear that is activated when he launches a new book, Auster spoke with Tlam about how difficult it is to publish a work that escapes what the market demands, how it takes to be “Siri’s husband” and how he values ​​his help accomplice to carry out, at the age of 74, a demanding creative routine that in recent months was dedicated to addressing the short and intense life of Crane, the precocious, seductive and idealistic writer, friend of Joseph Conrad, who knew the hunger and success and that he died of tuberculosis at the age of 28.

The story of Crane, the “burning boy” as his biographer chose to nickname him, burns throughout the almost a thousand pages of the book and burns, too, in a game that transcends the most common of identification, the literature of the great author behind from “The Palace of the Moon” or “The Country of Last Things”.

– Tlam: In the first pages of “Stephen Crane’s Immortal Flame” he says that the first thing that caught his attention about him was that he had managed to write such a prolific work early and, furthermore, his ability to work on various issues at once. Why did he have that power? Did you come to any conclusion?
– Paul Auster: I still don’t have an explanation. Crane is different from other mortals. He had electrical energy and it left his body all the time. He was so alive and so alert that he was able to get in and out of things much more skillfully and quickly than the rest of us. He was brave. And I still can’t believe the amount of work I put down.

“If I stick to the strictest, this book belongs to non-fiction, it is a biography.” Photo: Florence Downes

$ T .: In some sections it gives the feeling that he treats Crane like a fictional character. For example, make it clear that people who knew him had different opinions about him. On the other hand, you don’t have to be a specialist in American literature to get hooked on reading. Did he write a biography with the resources of the novel?

– PA: No. If I stick to the strictest, this book belongs to non-fiction, it is a biography and I tried to follow the objective facts that I researched for a long time. The most important thing for me was understanding Crane as a human being, not as a writer. As we all know, people are complex, they have different sides and act with contradictions. And Crane had a lot of it. In order to do that, I had to try to imagine myself as Stephen Crane, get into his mind. When I write my novels I do the same with these imaginary beings that I try to bring to life and understand. I don’t manipulate my characters because they are not puppets with strings that I can control, I treat them like real people. And the more I work on a novel, the more deeply I penetrate into the mechanisms of my characters’ consciousness. And the same thing happened to me while writing about Crane, I began to understand all the pieces of his life so that I could get an idea of ​​what he was like. In that sense, then, yes, it was like writing a long novel. But hey, there were facts I had to follow! So, I think I used both mechanisms in this book.

– T .: Dogs, horses, soldiers, football, baseball, cigarettes and storytelling. Most people give up their childhood interests, but Crane didn’t. What happened to your childhood interests? Keep some?
– PA: Many of the things that I liked as a child, I still like them and yes, I share many likes with Crane. I played a lot of baseball when I was young, now that I am old I closely follow what happens in the professional league and I watch that a lot at night. I’m still as interested as I was when I was young. I also started writing very young and continue to do so. Smoking was one of my great obsessions, I didn’t start at six like him, but at fifteen, but I smoked for fifty years. And I was so interested in the subject that I made a movie. I don’t smoke anymore because I was coughing a lot so I had to quit. But I use a vaporizer and still enjoy my nicotine. I love dogs and I wrote a book from their point of view. Horses and soldiers, on the other hand, do not matter to me at all!

The author will participate in the Filba with his wife, the narrator and essayist Siri Hustvedt. Photo: courtesy editorial

$ T .: Early in her career, Crane threatened to burn “The Red Badge of Courage” if she was rejected again. That part of the biography reminded me of “As I Write”, the book in which Stephen King tells about his creative process and many anecdotes about an almost sporty routine of failures. Did you feel rejected in the first years? How did you deal with it?
– PA: Like Crane, at first my work was difficult to publish, they told me no. Now I find it funny to remember how 17 publishers rejected the first part of the “New York Triloga”. But it was a great teaching. Yes, it was difficult, I didn’t like it at all. But at the same time, it made me think a lot about why I was writing and why I was doing it. I understood that he wrote because he had to. He wasn’t doing it to have money or to be famous. Write because there was no other option. He was forced to. So, even though they rejected the first part, I wrote the second and only accepted the third part. By then, I had become another person. From failure in my early years, I managed to understand myself. It is not easy to go through that process. Some of all that I stayed because I do not destroy anything I write: there is always something good, I know that some passage will be able to use it later. In the “New York Triloga,” especially the first two books, there is material that I wrote four or five years earlier.

$ T .: Now they translate their works into forty languages. Do you experience success as a kind of revenge for that young man who could not publish?
– PA: In a way, yes. It’s ugly to admit it, but when I think about those editorials that eluded me as a young man, I feel a bit of that kind of pleasure that revenge brings. Also, it makes me think about this decision system. Who and how decides this? In general, it has to do with money. When they see an unusual book that does not close with the idea of ​​success, they reject it. They didn’t tell me that my work was bad, but that it was strange. Some of these publishers, for example, suggest that I change an ending and that they publish it for me in that way. And I said: I will not change a comma!

– T .: A year ago, also within the Filba, I spoke with Siri. She told me how that of being “Paul Auster’s wife” had changed over time and how she had learned to cope. What’s it like to be “Siri Hustvedt’s husband”? How do they help each other in the creative task?
– PA: In a first stage, we leave ourselves alone: ​​we work with our thoughts and projects alone. Afterward, we have informal conversations, we tell each other. But the most important service we give ourselves is that we are each other’s first reader. When I am writing something, I ask him to sit in a chair and listen to me read aloud to him. She listens to me very carefully and then says, “Hmm, I don’t think that word works” or “You haven’t developed the idea, you need another paragraph.” They are things like that, which are very helpful. And when I finish writing, I give him the manuscript. Every time he made a suggestion, he was right and I changed it. Siri is always right. And I do the same for her. We are critical of each other because we value our work and believe in what we do.

– T .: Being first readers is one of the forms that love takes?
– PA: Yes, I guess. It feels a bit like that. But on the other hand, this is from writer to writer, from intelligence to intelligence. It is rigorous. There is nothing soft or very close to flattery because we are not expecting a pat on the back.

– T .: At that time, Siri said, “I love my brain in the morning.” How does your brain behave?
– PA: She is different from me, we have another rhythm. My brain is warming up in the morning. I work in two stages: in the morning I write but things come up that I don’t like very much. At noon, I eat a sandwich or take a walk around the neighborhood and go back to work until six and solve the problems in the morning. Siri, on the other hand, works very hard and without pause from six in the morning until noon. And then she spends the rest of the day reading and that’s why she reads a lot more than I do: she devours books and articles for five hours a day, she does it very fast, she remembers and quotes from memory. I don’t quite remember what happened to him yesterday. In the end, it is not about whether she is my wife or whether I am her husband because clearly she is much smarter than me!