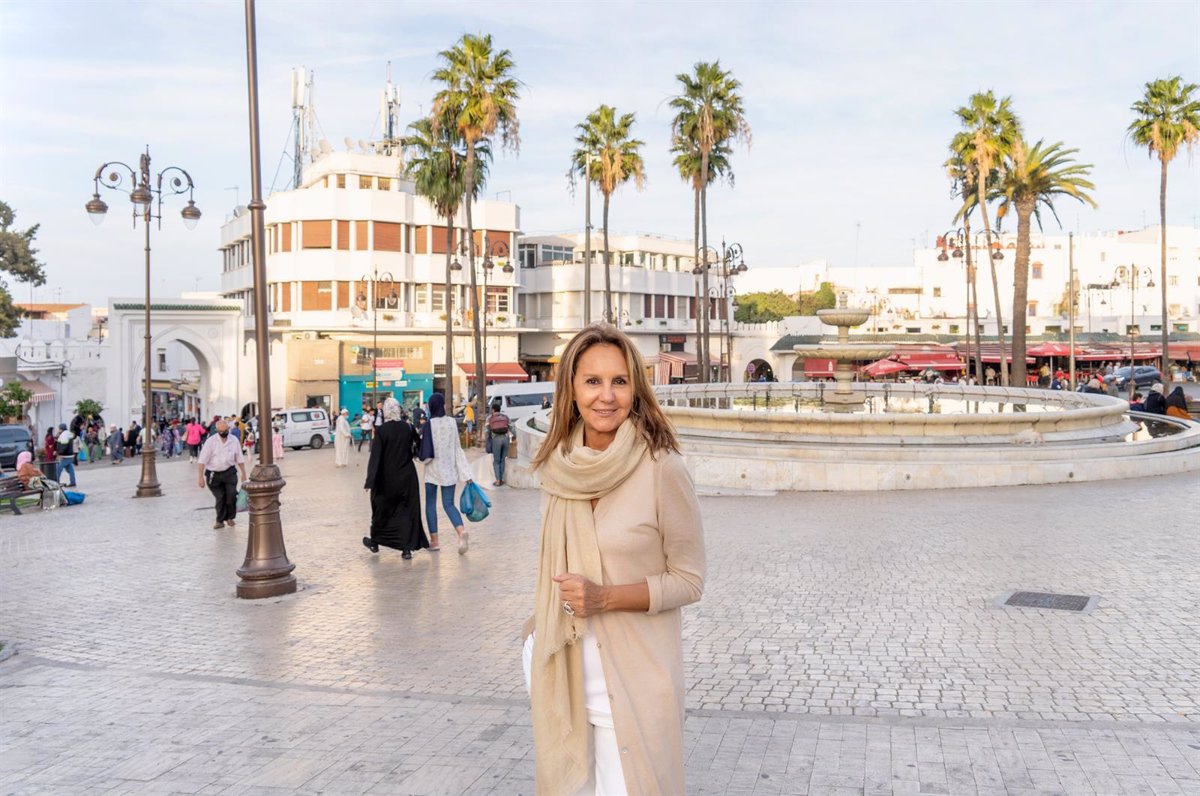 The writer María Dueñas has returned to the stages of Tangier that inspired ‘The time between seams’ and also the second part of this story, ‘Sira’, freezing the continuation of the saga through a new novel in the coming years, at “not having it clear”.

“I do not know and I am not clear about it (if there will be a third part), I just know that I have to feel like it a lot. And also that we can say goodbye to Sira and nothing happens,” said the author during a tour of the streets from Tangier, from which he has taken a large part of the scenes for his works.

To this day, the figures for both novels are already in terms of ‘bestsellers’. ‘El tiempo entre costuras’, 20 years after its publication, has 10 million readers around the world, while ‘Sira’, which was published six months ago, has already been in eleven editions – the first print run in Spanish. they were 500,000 copies.

The last edition of ‘The time between seams’ has been in Arabic, to achieve the translation into 35 languages. However, Dueñas continues with other parallel projects and has advanced some of them, including writing a script that “crosses Spain with America.”

“The script is for Univision and Televisa, a very desirable project that will be current, not historical,” he pointed out. He has also premiered the audio series ‘Jodidísimas’, a project that was to be a novel but was put on hold with the writing of ‘Sira’.

As for novel, at the moment there is no new news. “I’m not writing anything new because I’m promoting, but I don’t forget what I’m doing: writing novels.” Yes, the audiovisual adaptations of his works are moving, since he has revealed that he is working on the development of the script for ‘The Captain’s Daughters’ and “there is interest” in ‘Sira’.

“The fault that has returned to write about Sira is the city of Tangier, not the protagonist”, has revealed Dueñas, who marks his change of ‘chip’ to recover his characters in the visit to the Anglican cemetery of Tangier. “I put myself a veto after publishing ‘The time between seams’,” he acknowledged.

“I told myself that Sira’s story was already told, but at the same time I saw that she left me many novels without writing. So after a pre-pandemic visit to the English cemetery, I took a small book with the people who were there and I saw all those stories go by. And I told myself that no one was preventing me from going back to Sira, except myself, it was self-censorship, “he said.

In Tangier, the author has found an environment that she has humorously defined as “glamor and churros”, passing through the ostentatious Sidi Hosni Palace set up by the aristocrat Barbara Hutton – “one of those who tried to put the city on the international scene – until reaching the ‘forgotten’, in some cases Spanish emigrants.

“In parallel to all this extravagance, one could find Andalusian women fleeing unwanted pregnancies, difficult family matters or absolute poverty,” recalled the writer, who nevertheless also valued that the city africana has been a place where “life has always flowed”.

Dueñas, in addition, has affirmed that, when he wrote ‘The time between seams’, he wanted to “pay tribute to the women who quietly” dedicated themselves to sewing. This work also meant the rescue of the “sentimental memory” of his family – his grandfather was working in Tetouan for several years.