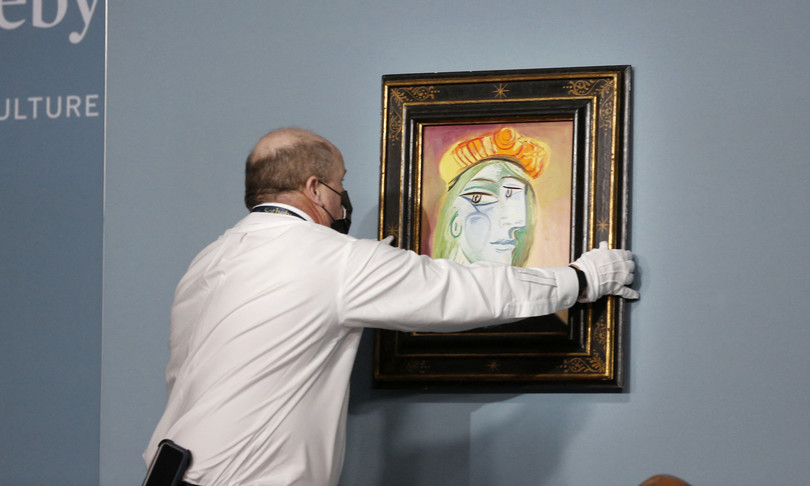 The exceptional sale of 11 works by Pablo Picasso, auctioned at Sotheby’s in Las Vegas, it raised nearly $ 110 million (over 94 million euros), on the eve of the 140th anniversary of the birth of the great Spanish painter.

The flagship of the auction – held at the Bellagio Hotel in Las Vegas where these works by Picasso have been exhibited for years – was il dipinto ‘Woman with red-orange beret’ (Woman with a red-orange cap) one of the last portraits Picasso made of Marie-Thèrèse Walter, Malaga muse and lover who inspired many of his most iconic works of the 1930s. The work was the one that grossed the most in the evening, sold for 40.479 billion dollars from an estimated starting price of 20-30 million.

Another masterpiece, the portrait entitled ‘Homme et Enfant’ (Man and child) was sold for $ 24.4 million. The Picassos were part of the collection started over 20 years ago by the king of American casinos, Steve Wynn, former owner of the Bellagio Hotel: it also includes pieces by Bob Dylan and David Hockney.

Wynn is also former CEO of the Wynn Resort company, from which he resigned on the background of allegations of sexual harassmentthe. In addition to famous portraits, the auction included several ceramics, works on paper and some still lifes by the Spanish painter. At the Bellagio, in the restaurant specially named Picasso, 12 more works by the artist will remain on display.