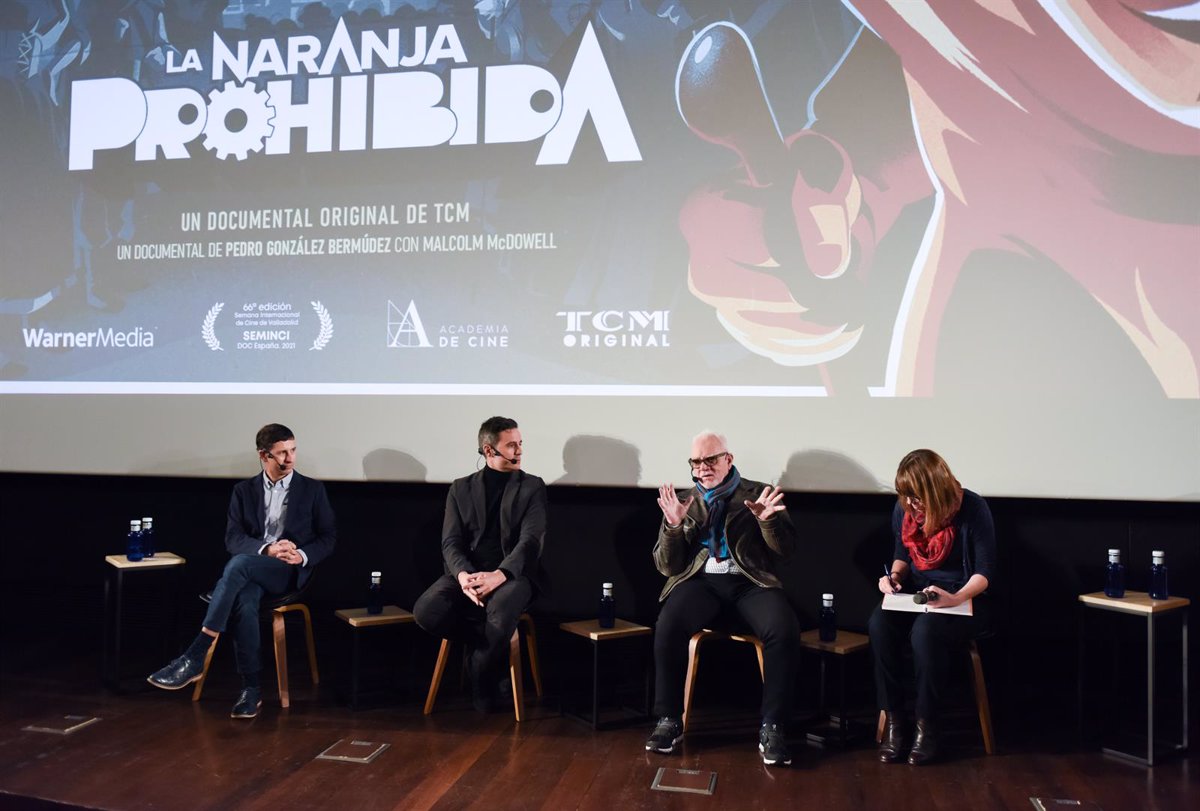 The iconic wardrobe of ‘A Clockwork Orange’ (Stanley Kubrick, 1971) was actually inspired by the cricket kit of its protagonist, Malcolm McDowell. “He (Kubrick) was asking me What do you wear? and I told him that this film is futuristic and had none of that, and we opened the trunk and saw the coquillera “, McDowell said at a press conference to present the TCM documentary ‘The forbidden orange’.

McDowell, who played Alex Delarge, has revealed what he felt when he found out what had happened in Spain with the tape, which is precisely what the documentary relates, the first the first screening of the Stanley Kubrick film in Spain in 1975.

‘A Clockwork Orange’ was a feature film banned by the Spanish dictatorship and banned in several European countries. The film did not arrive in Spain until 1975, four years after its official premiere, and it was screened at the 20th edition of the Seminci in Valladolid, where its first public viewing was held. “When it was screened in 1975 for the first time, we had no idea what was happening in Spain with that screening because the information from Spain did not reach outside.We did not know anything about it, “he stressed.

McDowell has shown the documentary on the occasion of the 50th anniversary of the premiere of ‘A Clockwork Orange’ together with the director of the documentary, Pedro González, and the producer and head of TCM, Guillermo Farré.

For the director himself, the documentary combines the technical part with a vital experience that somehow “transcends the big screen.” “Many documentaries have been made focused on the most technical part of the story, but we were interested in having it from a more local point of view, and one of our colleagues told us about this story of the premiere in Valladolid. It is curious that such a transgressive film is at a festival in a traditionally conservative city“, González pointed out.

‘The forbidden orange’ opened the 66th edition of the Valladolid Seminci last Saturday, October 23, and will be available on TCM from December 17 at 10:00 p.m., coinciding with the 50th anniversary date.

KUBRICK AN “OBSESS OF CONTROL”

On the other hand, McDowell has referred to the filmmaker’s obsession with control. “If Kubrick did not control absolutely every detail of a thing, he was not in the least interested in doing it.. Some would call him paranoid, but I think he was a control freak, this obsession never made him lose his cool. It seemed to me that he has been a fascinating person at all levels, and there will not be another director, nor has there been another director like him“, has commented.

In his opinion, he is a director who created “masterpieces” in different genres. “There are not so many people who are capable of doing something like this“, he assured.

“When he called me to work I was very excited, and it took me a while to meet him. Keep in mind that we spent five months of rehearsals in which little by little he was deciding if he trusted me enough to collaborate. In this way, it allowed me to add small brushstrokes both to the plot and to certain elements, “he concluded.