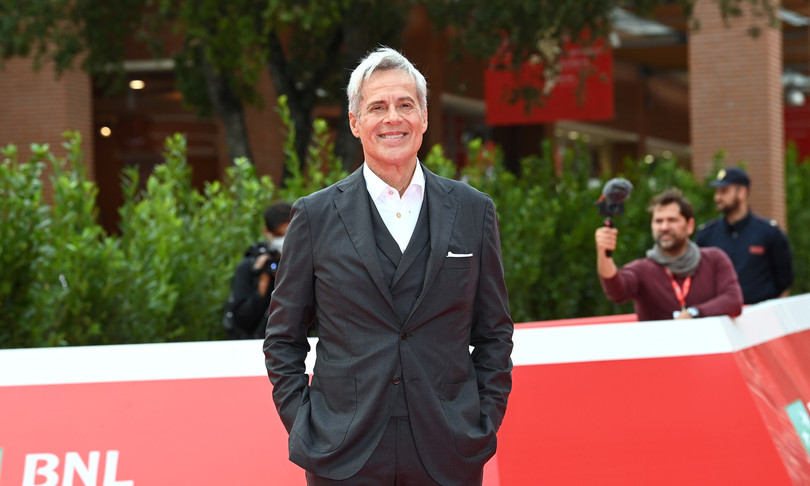 Fans in raptures and billboards, his name screamed ‘Claudio, Claudio’ and the song sung out loud ‘You are beautiful’. So Claudio Baglioni was welcomed on the red carpet at the Film Festival at the Auditorium which yesterday, in preview at the Rome Opera House, broadcast the total opera-concert recorded at that Theater. A work taken from the homonymous and latest album of unreleased songs by Claudio Baglioni and which will also be screened in cinemas for three days, 2, 3 and 4 November.

Today, however, is the day dedicated to his audience who first, on the notes of his most famous songs, awaits him on the red carpet and then warmly welcomes him in the Sala Sinopoli which, in reality, does not fill up. Antonio Monda, artistic director of the Film Festival, conducts the long interview through 10 clips that tell the cinematic world of the Roman singer. At the beginning, he is keen to tell the story his “strong emotion” felt last night for the opera-concert broadcast at the Opera House: “A musical film based on a live concert – he explained – made in February when the theaters were closed, the workers were stopped and the artists were rusty”.

E confirms his great return live with 50 concerts alone: “I’ll start again from the Teatro dell’Opera di Roma, 50 concerts and maybe some will be added – he adds to the applause of the fans who appreciate – it depends on how the protagonist is” he jokes about himself. “Why do I do it? Why can’t I not sing anymore,” he admits. “It is a sort of rebellion inactivity” he concludes, referring to the forced stop imposed by the pandemic.

Then it is more than an hour of stories and memories that have to do with cinema – for which he has a passion, he says he feels “sometimes envy of the strength of cinema” – and inevitably with music and his life. The first movie ever seen? “In a ‘louse’ movie, in the sense of small, by Centocelle: it was an absurd and very strange film entitled ‘Zorro contro Maciste’. And surprisingly a sequence of that film starts:” I was moved – he says, and then jokes – maybe nowadays Zorro would have a mask and Maciste would be vaccinated … “The audience laughs with him.

“Even if – Baglioni says – the first real film was the one I saw at a year and a half and that my father made: he put two spools, glued the colored pages of the magazines and turned the images … this was the first real cinema , my father did it “. Which movies do you love the most? There are ‘The Wizard of Oz’ for that “melody, ‘Over the rainbow’, which arouses tenderness”, but also ‘Breakfast at Tiffany’s’ and’ Rocco and his brothers: “My father – he says – took me, I think by mistake , to see ‘Rocco and his brothers, I was very young but it was not a film suitable for children. a very strong connection with what I lived. It is a painful, dramatic film where you feel the desire for redemption, it has a lot of sociology inside “.

A film that tied him a lot to his father who had a passion for boxing: “That’s why I did two years of boxing, but without fights, and I was very scarce.” The favorite movie of all, however, is ‘Blade runner’ “because it is painfully human” he says. And again, there is the memory of ‘Brother sole sister lunà, signed by Franco Zeffirelli who in 1972 chose the young Baglioni – then in his early twenties – “caught in the pile” as the artist himself tells us, for three songs of the soundtrack . “What did that experience give me? It introduced me to Castelluccio di Norcia and the Porziuncola, a place where I used to go when I was in a bad mood, something that happened to me quite often – he admits with a smile – a place where I felt good. That was my Tibet, it reassured me many times. I am grateful to Zeffirelli for hosting me in this very nice and correct film, and for introducing me to that place “.

In the end there is his collaboration with Gabriele Muccino, the song ‘The most beautiful years’ which gave the title to the film by the Roman director. And the spot set to music by Baglioni for the cinema in hospitals and treatment institutes, the slogan ‘cinema the best therapy’.

And here the singer explains the importance for “successful public figures of doing good deeds” to be “apologized – he argues – for what they have achieved in terms of well-being. Some say that one does it to make himself beautiful. ? It does not matter, what matters is the result, the facts matter. We artists – he continues – are in a war against the misfortunes and troubles of the world, we are an army that fights a holy war with the function of trumpeters who play the charge for the doctors who fight, yes, on the front line “.

At the end of the meeting, Monda asked the girl who was holding the billboard with the phrase ‘You are the reason that drives me insane’, of Baglioni’s song entitled ‘Twelve notes’, to pull it up to make it see well for the artist. Then, another long applause and the time for autographs.