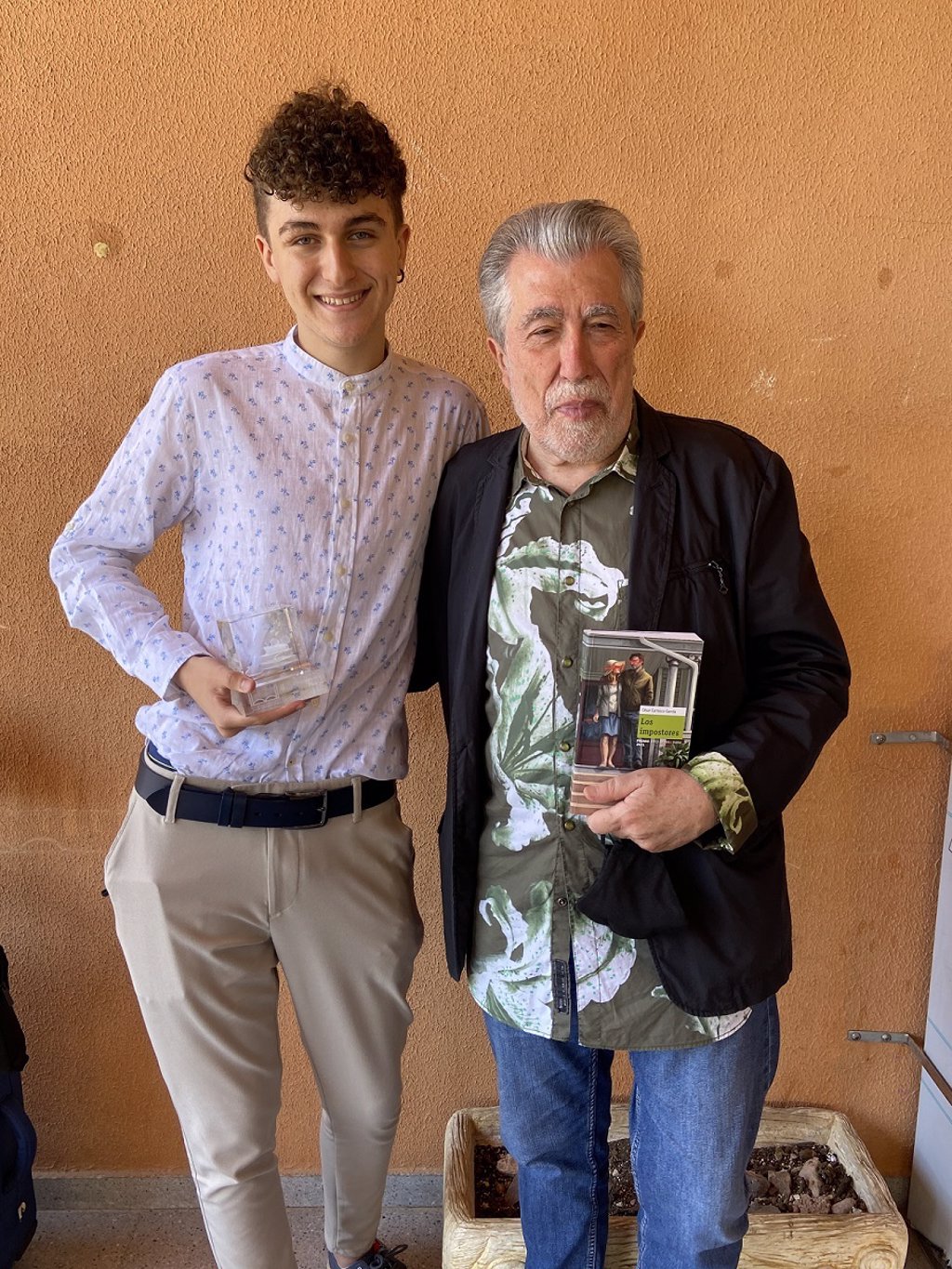 The well-known writer Jordi Sierra i Fabra was present at the face-to-face and virtual press conference; the editorial coordinator of SM Children’s and Youth Literature, Berta Márquez; the editor of the winning book, Alejandra González; this year’s winner, César Carrasco García, as well as the winner of the previous edition, Sofía Nayeli Bazán-

César Carrasco wrote the winning novel in the hardest time of confinement last spring- And he had already started writing another story to run next year in case he was out of luck- This 17-year-old has acknowledged that it has been “a very beautiful and enriching experience”, while ensuring that “is learning a lot about the writing process and everything that goes into a book from writing to publication“-

‘The impostors’ tells the story of two brothers who get lost in a forest in some remote part of the United States and are picked up by a man who takes them home– There they meet the son of the couple, a very strange boy, who believes that his parents are impostors- The novel thus becomes a shocking horror story that takes place in a week and that the jury has described as “risky, capable of catching from the beginning, with an unexpected ending and a suggestive narrative”-

This young man from Murcia came up with the plot by watching a series in which a mother poisons her daughter and also used the influences of Stephen King, taking ‘The Shining’ as a reference- The surprising ending reveals that it was clear to him before starting to write the story-

“César Carrasco makes an interesting reflection on mental illnesses– Some of the psychological disorders described are great unknown, and the author presents them to us, opening a new world to readers- A new world treated from a mysterious point of view that makes us doubt everything and everyone, but that achieves its goal: to mislead us and keep us hooked on reading from beginning to end “, Alejandra González, editor of ‘Los impostores’ has highlighted-

The winner of the XVI Jordi Sierra i Fabra Prize wants to be a language teacher and continue writing, although he confesses that one of his dreams, after publishing his first book, already obtained, is to write a good film script-