The Cabildo reopens renovated and with new samples: history is written with art and excavations 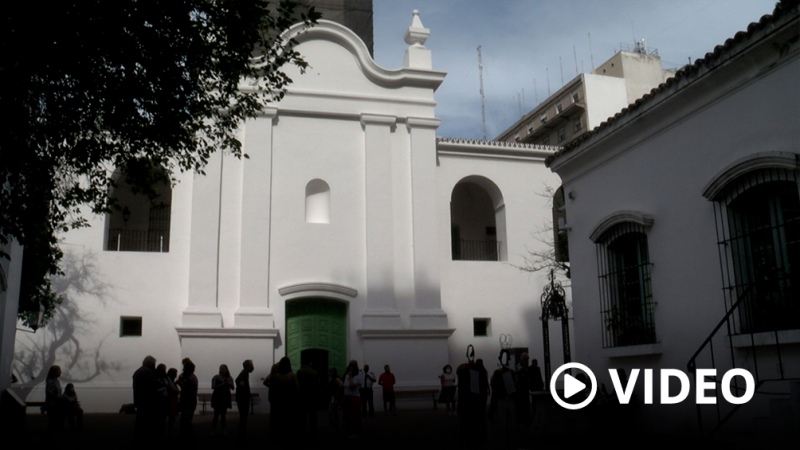 The renewed Cabildo reopens with new exhibits: history is written with art and excavations

After months of renovations who took advantage of the restrictions due to the pandemic, National Museum of the Cabildo of Buenos Aires and the May Revolution reopened its doors with recovered square meters, renovated ceilings, floors and rooms and the inauguration of an exhibition in an artistic key that takes as a point of reflection the graphic press about the English invasions, and another that exhibits the advances of the archaeological excavations that since 2017 they have been made in the south patio of the colonial building.

But perhaps the great conquest is the incorporation of three new rooms that they belonged to the Monuments Commission, which from now on are destined, in one case, for exhibition; another for educational activities with the intention of being a meeting point for children and the elderly (two of the most popular towns), while the third extends the offices dedicated to the workers of the Cabildo.

In the words of Mara Isabel Baldasarre, the Cabildo “is the great museum of spontaneous public. Being on the civic axis, in the Plaza de Mayo, it is the museum where people pass unpredictably without thinking of coming. For this reason, it was essential to have it open and in good condition. ”

One of the exhibitions that can be seen in this reopening is “Fragments underground. Urban Archeology at the Cabildo“curated by Nstor Zubelda, the archaeologist who leads the excavation project in the courtyard that overlooks Hiplito Yrigoyen street, where he has been working since 2017 to answer a question:” Are there foundations of the old Cabildo from 1725? “. The answer, after almost four years of research, is in the two thousand objects that he has found since then: ceramics, pieces of European tableware, parts of bottles, animal bones.

Of all those pieces -most fragmented-, the most shocking is the crockery they were able to recover almost completely. It is a ceramic with corrugated decoration, an indicative that refers to the potter of the Pan-Amazonian zone. Although all this cultural material is still in full analysis and investigation, there are some data that are more than illustrative about the past in the Cabildo, since cholesterol was found in the vessel. What does it mean? That they eat food based on animals and this is also evidenced by the skeletal remains they found of pigs and goats.

But perhaps more surprising is the excavation scene where they have identified a borehole and a structure that was probably the base of one of the arches of the Cabildo which were removed when it was decided to reduce the structure to open the Diagonal Sur, taking more space from the one that had already been removed from the side of Avenida de Mayo. In the South patio, that well in the ground that is several meters deep and where a dungeon and its latrine have been identified, shows that great paradox that archeology supposes, because to find and know more about our history it is necessary to break.

Next Thursday, October 28, at 4:00 pm we will inaugurate new rooms for exhibitions, “Fragments under the ground”, curated by Nstor Zubelda and “Rara Felicidad de los tiempo”, by Ariel Cusnir. By the end of the day, 6pm #ArgentinaFlorece presents Mica Far. pic.twitter.com/sSlrMaYUuw

“Since 1580 this site was destined for the Cabildo. It was only in 1608 that they built the first one, apparently they made it of adobe with a tile roof, we do not have the plan. In 1725, January, February, all the councilors met because the adobe roof and they start to buy bricks to build a new one, which is this one, the one from 1725, “tells Tlam Zubelda, the archaeologist behind this investigative work that began in 2017 when, due to a judicial conflict, they had to remove the bar that it worked right there.

“Now – he warns – this work was not done only with architects or lobbyists, it was done with people who worked. Normally they were indigenous or slaves. When we started digging, we found a lot of cermica indgena and in the agreements they did not speak of the indigenous people who worked, who came from the encomiendas. What we believe is that they eat at the construction site. We also find African slave parts“, says the archaeologist and confesses that before carrying out the excavations he did not imagine that he would find” so much indigenous ceramics but he did know that something was going to appear because here there are two previous archaeological excavations “.

Like archeology, history can also be reread from art. That’s what he did Ariel Cusnir with the exposure “Rare happiness of the times“, a project that came with a grant from the Activate Heritage program. This exhibition, which is exhibited in what used to be a gourd of this colonial building, has the curation of Barbara Golubicki and puts in dialogue, precisely, pieces of the heritage of the museum with works made by Cusnir himself, based on one axis: the graphic press.

Before the health emergency, the Cabildo received at least half a million visits a year. (Photo Alfredo Luna)

“What I do is make a series of comments about the beginnings of journalism in the Rio de La Plata. I try to unite Buenos Aires and Montevideo again as a unit of meaning, to tell how this discussion arises and what the information movement was like. And that is why there are a series of documents, objects and elements that have to do with agents that move those interests “, says the artist who worked guided by the relationship between image and text.

“Until graphic journalism appeared, no one knew how to read and write, so everything was orality, everything was word of mouth. Somehow the written word what comes to do is commit to that idea, is to give it entity,” says Cusnir about the writing as power technology. The materialization of the power of this device could be summarized in Belgrano, who was behind the telegraph because that allowed him not only to spread ideas but also to establish an agenda.

That is why the exhibition takes, in the words of the curator, “the role of the graphic press as a pretext to think about how discourses and images of the past are constructed”. In this articulation, Cusnir incorporates the so-called impertinent glasses – an emblem of newspaper reading at the time – with a fictitious leo scene where he imagines a dialogue between two journalist priests, Fray Cayetano Rodrguez and Den Funes, among several other works that investigate these discourses, project, fictionalize and also revise the stories that come from history from the pictorial and conceptual work that art is capable of constructing.