“When we ask ourselves how we can change history, the answer is not toppling statues” 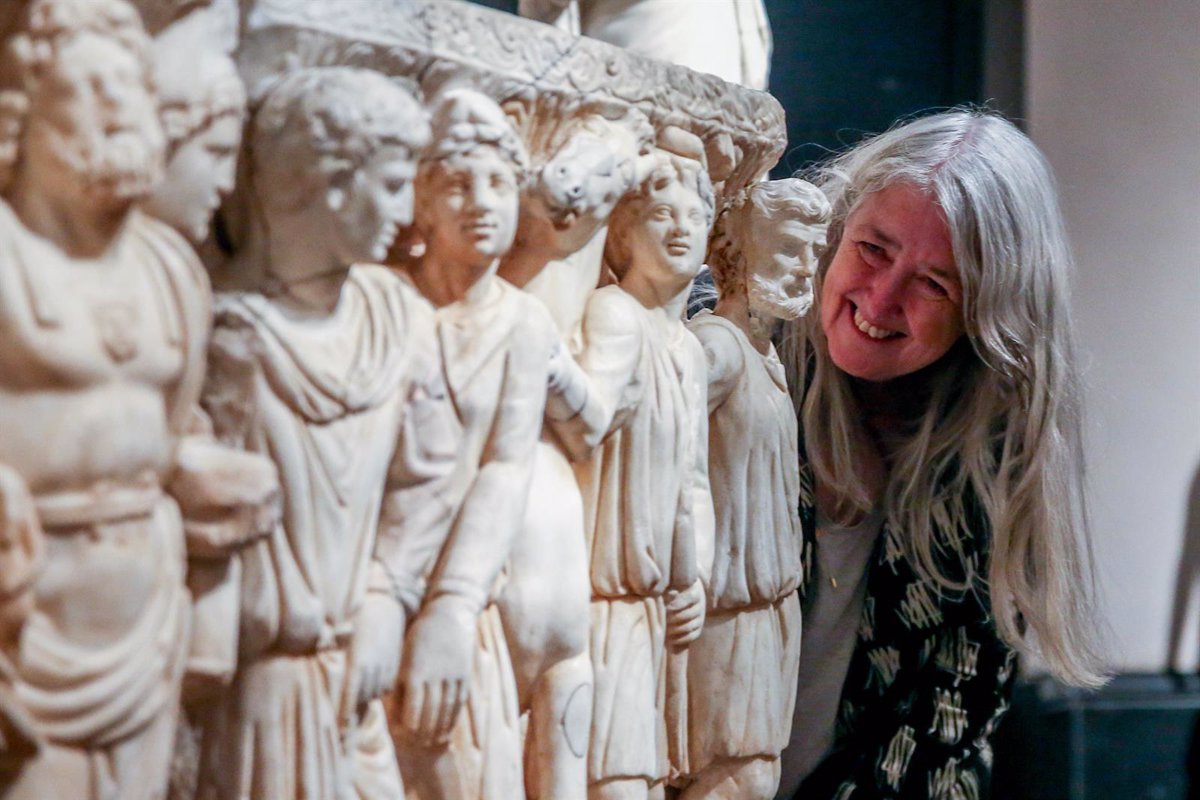 “It would be nice if universities had scholarships for people from neighborhoods that were exploited in the past,” proposes

The historian Mary Beard, who publishes new essay ‘Twelve Caesars’ (Criticism), has been against the demolition of statues that is taking place in various parts of the world, although He has proposed a formula for future monuments, consisting of “changing the rank of elitist white man.”

“I wish I could change that range of people that we see commemorated. When we ask ourselves how we can change History, I think the answer is not by knocking down statues, but by changing the type of people who are in them.. For example, in the ancient world I would like to hear the slave speak, “the 2016 Princess of Asturias Award said in an interview with Europa Press.

In fact, Beard has gone further by assuring, by way of example too, that in the future he would like to see commemorated “people who work in cleaning or as chimney sweeps.” His new book addresses precisely the importance of representations of power that they have reached our society, with great influence from the leaders of the Roman Empire.

The historian has lamented that most historical debates end up being “binary,” that is, “whether or not the statues are demolished“.” The same thing happens with the works of art that are housed in the museums of countries to which they do not originally belong. Are they all returned or do they stay there? “, has questioned.

“I think to answer these questions in the end you have to ask yourself bigger questions. Now, for example, with climate change and covid, one wonders what it can mean for works of art, because they are going to travel less. And I imagine a world in which works of art travel more and men less: at least it is better to send a single plane than 500, although museum curators do not like this, “he commented humorously.

Beard has also addressed the controversy surrounding the request for forgiveness made by the Mexican Government to the Spanish, based on the fact that he sees “the importance of the matter and it is understandable that such a thing is requested.” “If that satisfies a need, go ahead, but I think asking for forgiveness can be easy“, he pointed out.

“I’m more interested in doing something for the future, because I don’t like asking for forgiveness and it doesn’t mean anything. In the UK it would be nice if universities had scholarships for people from colonies that were exploited in the past or that a program to send covid vaccines to colonized countries had also been launched years ago, “he said.

DO NOT “PRETEND” WITH THE PAST

In any case, Beard has been against any culture of cancellation. “I am a feminist and I believe that this movement helps to understand what some works of art represent today. For example, When I was studying Ovid, it was not said that there was a rape, but a rape, and only with the passage of time have we come to understand that it was a rape. But I think it is different to ask for those works to be eliminated, “he warned.

For the historian, the meaning of images “is not something fixed” and the reading of History “also changes with societies.” “What you cannot do is pretend that the past has been a pleasant period without violence. On the contrary, it must be shown, so that it is criticized if necessary“, has defended.

Beard believes that “you have to be cautious” when talking about the ethics of the rulers of the past, as it can lead to “being complacent” with today. “Democracy is something that must be constantly worked on and questioned. Underneath that ‘slogan’ of democracy there can be a lot of variety, such as populisms, but be careful: many Western intellectuals use the term populism to refer to a type of democracy that they do not like, “he concluded.