‘Seven days in Venice’ between squares and ghosts 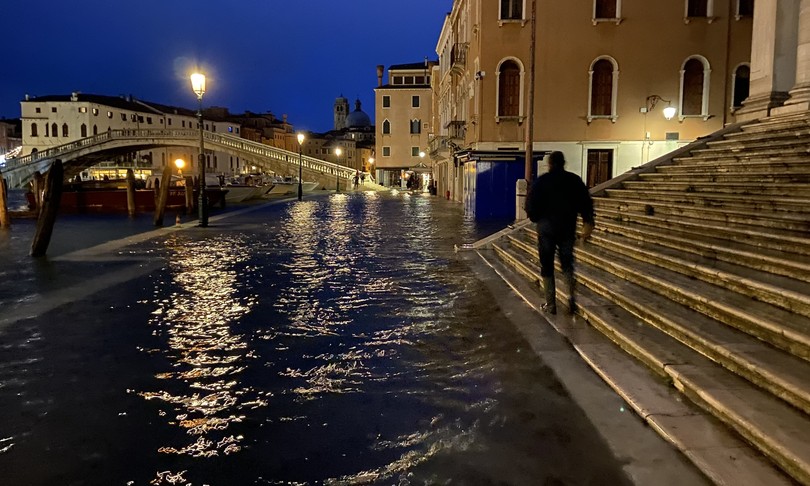 – «I wanted to rediscover a Venice different from that of today. It is therefore unusual, artistic and literary, in the footsteps of the great and illustrious visitors who have visited and experienced it over the centuries ». It tells a story that is also the geography of the soul and the psyche, Gianmaria Donà dalle Rose.

Venetian but raised in Milan, for a long time in Twentieth Century Fox as President and CEO of Fox Italy and Spain. Today author of a precious book – Seven days in Venice . an artistic stroll between sestieri, bacari and campielli (Settecolori Editions, pp. 160, euro 16). Not simply a guide or an essay, then. Instead a micro-trip told in seven days – in the name of the taste for synaesthesia -, without too stable references and also in the footsteps of personal memories that intersect with those of illustrious foreigners who have visited and experienced the city. From Jean Jacques Rousseau to Richard Wagner in the Cannaregio district. From Stravinskij to Carpaccio and Petrarch to Castello. From Turner to Ezra Pound, Iosif Brodskij and Filippo De Pisis to Dorsoduro. From Titian to Tintoretto and Proust to San Polo. From Lorenzo Lotto to Friedrich Nietzsche to Santa Croce.

And then again Casanova, D’Annunzio, and Henry James in San Marco. Byron and Hugo Pratt at the Lido. Francesco Maria Piave, Baldassare Galuppi and Stalin and Churchill, sailing among the islands of the lagoon. A succession of magnificent suggestions.

There is an explicit literary reference:

«Undeservedly, many suggestions arise from John Ruskin and his magnificent Le Pietre di Venezia. And indirectly from Proust, who adored Ruskin and translated The Stones into French. Proust made Venice, albeit briefly for someone like him, one of the three stages of the Recherche, together with Paris and Balbec ».

Continuously we pass, in the pages of Seven days in Venice, from glimpses to historical scenarios, from waterways to underground intricacies and of the mind. Each place becomes an icon of collective and then private memory, each glimpse the metaphor of an unconscious or a memory.

“But this book is also a notebook to keep in your pocket or purse – Donà dalle Rose resumes – to get lost with intelligence ». Between an anecdote, a description, the quote you don’t expect.

In this ideal map, he further explains, “I enjoyed writing a real portrait of Wagner. That in this city he composed “Tristano e Isotta” and here he spent the last years of his life at Ca ‘Vendramin, surrounded by Cosima’s love and friendship with his gondolier Ganasseta, companion of nocturnal outings ».

On the other hand, the reader in love with this secret Venice, little practiced, who can he become attached to according to the author?

«Here there are no doubts and not thanks to me. It is always wonderful to read by Byron, who took refuge in Venice and lived adventurously, among broken hearts, swimming in the lagoon and compositions of wonderful verses. Or, more recently, by Ezra Pound, who lived in Dorsoduro and composed the Cantos there. And in this city he died and was buried in the cemetery of San Michele. From a landscape point of view, then, my favorite trips are those in the lagoon to the less frequented islands, such as Gli Armeni, Pellestrina or San Francesco del Desert ».

The book will be presented for the first time at Venice Tuesday 26th October at 17.30. At the Ateneo Veneto in Campo San Fantin – San Marco 1987. Together with the author Stenio Solinas and Walter Mariotti.