Discovered: a house of the III.II century BC with intact mosaics in the Valley of the Temples 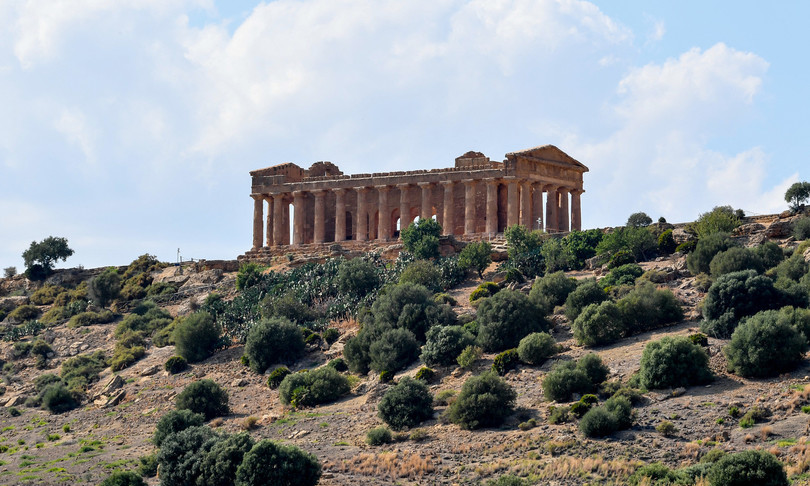 A house with the mosaics and the intact floor of a period between the 3rd and 2nd centuries BC. It is the exceptional discovery made in the Archaeological Park of the Valley of the Temples in Agrigento, where a series of extraordinary wall paintings and a perfectly intact cocciopesto and mosaic pavement have been brought to light, part of a house in the so-called Hellenistic-Roman quarter. .

The house had collapsed, or had been demolished for some reason, and they were the rubble accumulated to save Pompeian-style mosaics and floors.

The discovery was made during the sixth excavation campaign of the University of Bologna in the Hellenistic-Roman district of Agrigento – the same area where the theater was discovered -, a research project initiated in collaboration with the Archaeological Park, under the direction by Giuseppe Lepore of the Department of Cultural Heritage of the Ravenna Campus, who since 2016 has insisted on excavations in an entire block (the third of the district), with particular attention to Casa III M.

“It is – said Lepore – a unique discovery of its kind. This house was renovated, together with the rest of the neighborhood, between the end of the third and the beginning of the second century BC and has been equipped with a complex system of wall paintings and earthenware and mosaic floors, even on two floors. Very soon, however, perhaps already in the early imperial age, the house collapsed (or was intentionally demolished), which led to its extraordinary state of conservation as the rubble “protected” the floor “.

The house, extended for about 400 square meters, has a monumental pastàs (i.e. a porticoed space), from which you enter the three main rooms, all arranged on the north side: it was the central environment that reserved the greatest surprises during this excavation campaign: it returned, on the ground floor, the cocciopesto floor with inserts of colored stones which form a meander decoration; the collapse and the rubble that completely occupied the space of the room, have returned numerous portions of the floor of the upper floor (a polychrome mosaic always with a meander motif) and the relative wall paintings, “in Pompeian style”.

“We hope the research can continue – explains architect Roberto Sciarratta, director of the Valley of the Temples -: the Hellenistic-Roman Quarter must become a strong point of the new path we are setting up in the Archaeological Park, which will connect the Hill of the Temples directly with the upper terraces of the ancient city, which house the Quarter on one side and the “Pietro Griffo” archaeological museum on the other, as well as the area of ​​public buildings in the central area, up to the Giacatello hypogeum “.