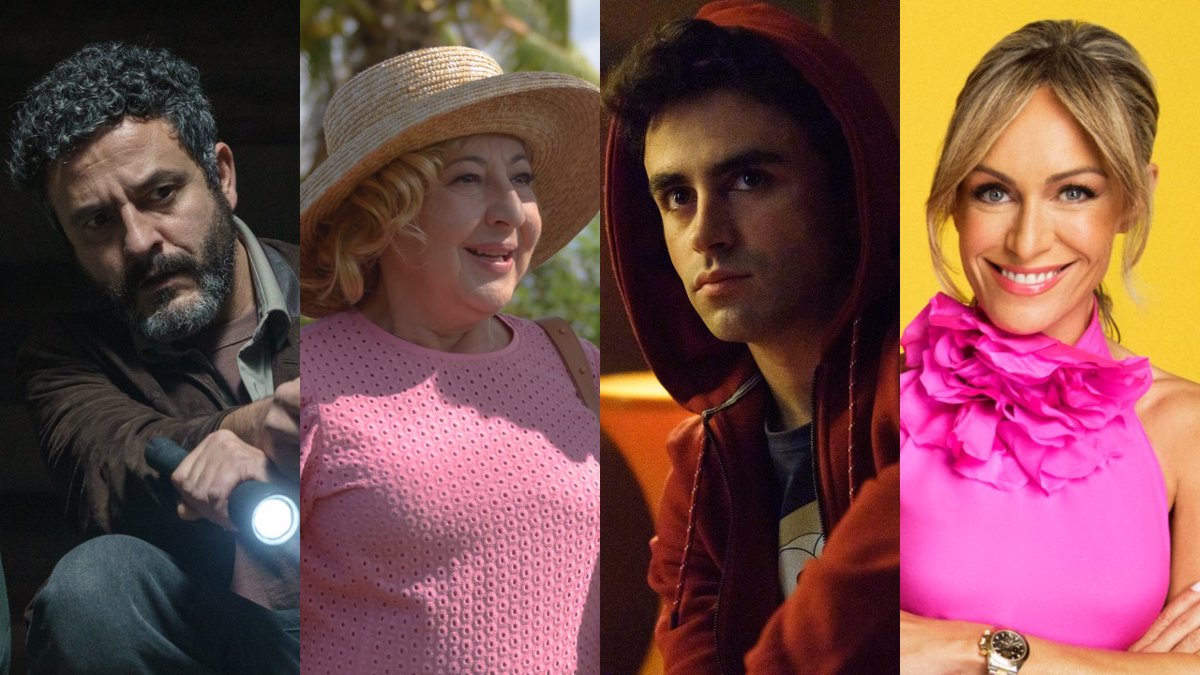 Netflix continues to bet on Spanish production and, in addition to the projects already underway, has announced six new titles already in development spanning various genres and formats. In addition, the streaming service has revealed the renewals of two veteran series, ‘Elite’, which will have a sixth season, and ‘Valeria’, whose third batch of episodes will be the last.

The video-on-demand platform will premiere films, documentaries, series and reality shows produced in Spain by 2022. Regarding series, Netflix will launch ‘The silence’, a thriller created by Aitor Gabilondo (‘Patria’) and another provisionally titled ‘Smiley’, comedy based on the homonymous play created by Guillem Clua (‘The swallow’).

Regarding movies, the streaming service announces a feature film directed and written by Patxi Amezcua (‘Seventh’) and starring Isak Férriz and Iria del Río. Provisionally titled as ‘Infiesto’, the filming began this October 28 in the city of Gijón.

‘INFIESTO’ AND ‘NOWHERE’, YOUR CINEMATOGRAPHIC BETS

This film starts on the first day of the state of alarm, where two inspectors are called to a small mining town in the Asturian mountains where a young woman has appeared who had been presumed dead for months. As the world crumbles and personal tragedies strike, detectives quickly realize that the virus may not be the only dark force at work.

The whole world feared a virus, but in a small town the danger was another. pic.twitter.com/Vciw2rrLae

The other film that Netflix is ​​preparing is directed by Albert Pintó (‘Killing God’, ‘Malasaña 32’). Tentatively titled as ‘Nowhere’, this dystopia is starring Anna Castillo and produced by Miguel Ruz.

The film takes place in the near future and is about Nada, a young pregnant woman who escapes from a country at war hidden in a container aboard a cargo ship. Halfway through the voyage, a violent storm throws the container into the sea. Trapped in the metal coffin, Nada gives birth to her daughter. Now, weakened by childbirth, adrift, without food or water, she must fight to survive and save the girl.

On the other hand, the platform premieres this November 5 the documentary series ‘Where is Martha?’, directed by Paula Cons (‘The Island of Lies’) and which explores one of the most paradigmatic and unusual criminal cases in the Spanish crime scene, the disappearance of Marta del Castillo, analyzed 12 years later.

Netflix also continues with its intentions to produce reality shows in Spain. One of its novelties will be ‘Who likes my follower?‘, a dating show that will be presented by Luján Argüelles and that will feature the special participation of Jedet, Aroyitt and Jonan Wiergo.

One thing is that we like dating shows, and another that Luján Argüelles presents them. Then we LOVE it ❤️ ‘Who likes my follower?’ coming soon. pic.twitter.com/BDaPGJhW6M

In addition to these six new productions, the platform has also revealed information and updates on its titles that are still in production. For example, confirmation that ‘Valeria’ will have a third season and that it will be the last that I have the television adaptation of the novels by Elísabet Benavent and starring Diana Gómez, Silma López, Paula Malia, Teresa Riott and Maxi Iglesias.

Another that will have a new season will be ‘Elite’. The series created by Carlos Montero and Jaime Vaca will feature a sixth batch of episodes. What’s more, will continue with the expansion of its universe with the renewal for a second season of the spin-off ‘Elite: Brief Stories’, which will be set at Christmas for its next batch.

All we needed today was to know that there will be a second season of ‘Elite Short Stories’? Yes, it may be, we do not deny it.

🎁Ah, and there will also be a sixth season of # EliteNetflix. pic.twitter.com/U87JaHj7Qw

Netflix has also revealed the cast that the series will have ‘Up to the sky’, the thriller directed by Daniel Calparsoro which was one of the movie hits of last year. It will be a continuation of the original 2020 film and Calparsoro will take over as director again, while Jorge Guerricaechevarría will repeat as screenwriter.

THE ADAPTATION OF THE BEST-SELLER BY JAVIER CASTILLO

The platform has also revealed the cast that the adaptation of ‘The snow girl’, Javier Castillo’s best-seller, which will see its scenario completely changed. The fiction will be set in Malaga during the celebration of the Three Kings parade and not in New York during Thanksgiving Day. Milena Smit (‘Parallel mothers’) will play the main character, a journalist who investigates the mysterious disappearance of a girl.

The video on demand service has also released the teaser trailer for ‘Through my window’, a film based on the international literary phenomenon written by Ariana Godoy and directed by Marçal Forés (‘Eternal Love’). It will premiere on the platform on February 4, 2022.

SPIN-OFF SPANISH FROM ‘A CIEGAS (BIRD BOX)’ WITH MARIO CASAS

Netflix has also shared the first images of ‘Mother’s Love’, the comedy directed by Paco Caballero (‘Where two fit’) and starring Carmen Machi and Quim Gutiérrez and which will arrive on the platform in spring 2022. Yolanda Ramos and Justina Bustos complete the cast.

What could be the best honeymoon trip turns into a honeymoon with your mother. The film ‘Amor de madre’, with Carmen Machi, Quim Gutiérrez and Yolanda Ramos, arrives in the spring of 2022. pic.twitter.com/kof3DijMer

‘A ciegas (Bird Box)’, the post-apocalyptic and supernatural thriller by Susanne Bbier and starring Sandra Bullock, will have a Spanish spin-off. An expansion in the form of a cinematic universe of the global phenomenon of 2018. A mysterious force has decimated the world’s population, pushing everyone who looks at it to kill themselves. Now, Sebastián and his daughter Anna must set out on their own path to survival through the deserted streets of Barcelona.

But as they forge fragile alliances with other survivors and seek refuge, a threat more sinister than the invisible beings grows. The filming of this ambitious production, directed by Àlex and David Pastor, will begin in the coming weeks in Barcelona and will star Mario Casas, Georgina Campbell, Diego Calva, Alejandra Howard, Naila Schuberth, Patrick Criado, Celia Freijeiro, with Lola Dueñas, Gonzalo de Castro, Michelle Jenner and Leonardo Sbaraglia.