Amos was right about the earthquake that hit Jerusalem 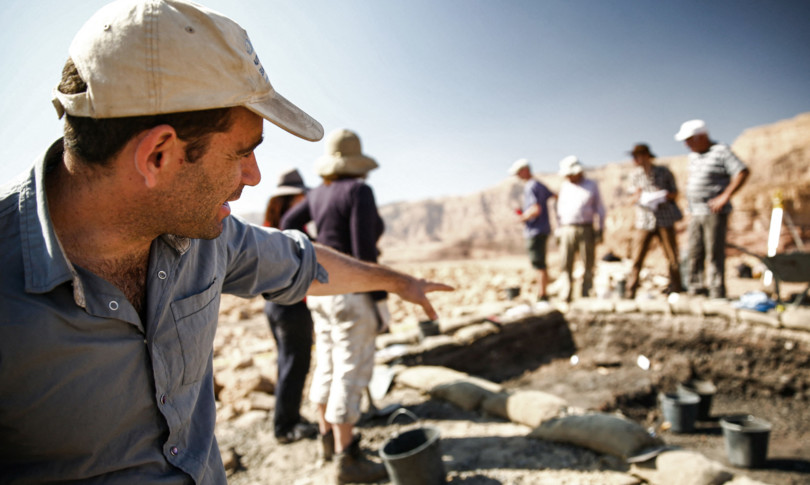 The Bible was right, he was right Amos the shepherd of Tekoa whom God made his prophet in spite of the rich and powerful.

You, Jerusalem, were hit by an earthquake: the traces can be found today, oh Saint, meters under your stone with a warm ocher color, your tram speeding near the Damascus Gate and the Tower of David also collapsed like those of Zion, but long after. No one or almost none, among the learned and the wise, believed that Amos was also a reliable chronicler.

But no: eight centuries before Christ the wandering shepherd for the Holy Land wrote the right, and that is that Jerusalem was half destroyed, and that he had warned everyone two years earlier. “The Lord,” his warning had been, “roars from Zion and makes his voice heard from Jerusalem.” Ammonites, Damascens, men of Gaza and Edon, there will be no forgiveness.

For a long time it was believed that these were minor earthquakes. Instead, recently the team of archaeologists from the Israeli Antiquities Authority, which has been digging for years in the heart of the City of David (the oldest part of Jerusalem), found important evidence of a seismic disaster.

The calamity that it can be dated to around 800 BC. C., thanks to the stratigraphic comparison with already known occupational strata and thanks above all to the presence in situ of particular objects: pottery of a specific type, seals written in a specific graphic style, statuettes and other furnishings confirm the dating of the earthquake to the 8th century. BC, several decades before the composition of the Book of Amos; biblical text which therefore acquires historical verisimilitude and which above all can confirm its writing at the latest a century after the terrible event and certainly not in more recent periods.

That the earthquake in question was highly destructive, such as to remain imprinted for a long time in the collective memory, is still shown today by the walls, even thick, of public buildings and important homes, suddenly crumbled by a devastating force. In the excavation reports of Israeli scholars there are several areas that show traces of that shock wave.

In a massive housing structure that has been unearthed and certainly datable to the eighth century BC, there is an abrupt stratigraphic interruption in which debris and large fragments of collapsed walls can be seen.

The context shows no signs of fire or man-made collapses (perhaps by an enemy army).

“Such a traumatic event has only one plausible interpretation: a strong earthquake, clearly visible on the first floor of the southernmost room and more generally in the most fragile homes of that period in Jerusalem,” said Joe Uziel and Ortal Chalaf, the directors of the excavation, at Terrasanta.net.

In particular, “in the room in question a row of broken vases was discovered along the northern wall, above which fallen stones were found. It seems that these stones were the upper part of the walls of the room, which had collapsed, destroying the vases that had been placed along the wall: this leaves no doubt. No enemy soldier would insist on destroying crockery and worthless artifacts “.

Until now, the first layer of Jerusalem’s destruction comes from the Babylonian conquest of 586 BC

Archaeologists have shown how its traces are subsequent to the collapses identified in the latest excavations. A tragedy, that of the Amos earthquake, which, after being detected in the city of David, is also revealing its historicity in other flourishing sites in the eighth century between Galilee and Judea.

In the light of what is now a historical and geological certainty, the remains of destruction are read, even if not so substantial, explained so far with different interpretations.

Population centers of the time located in the Jordan Valley and even along the northern part of the present west coast of the Dead Sea (not far from Qumran, which flourished six centuries later) present evidence of destruction, dating to the same period, now clearly attributable to that great seismic event, which was less devastating there and which therefore had its epicenter in the Jerusalem region.

At the time flourishing cities, such as Hazor (northern Galilee north of the Sea of ​​Galilee) and Gath (ancient Philistine city 68 kilometers south of Jerusalem: here, among other things, a small but massive part of the ancient walls collapsed), they offer scholars concrete confirmation of Amos’s terrible prophecy.