“Read a book with your children, have fun doing it with them”, says Elisabetta Gnone 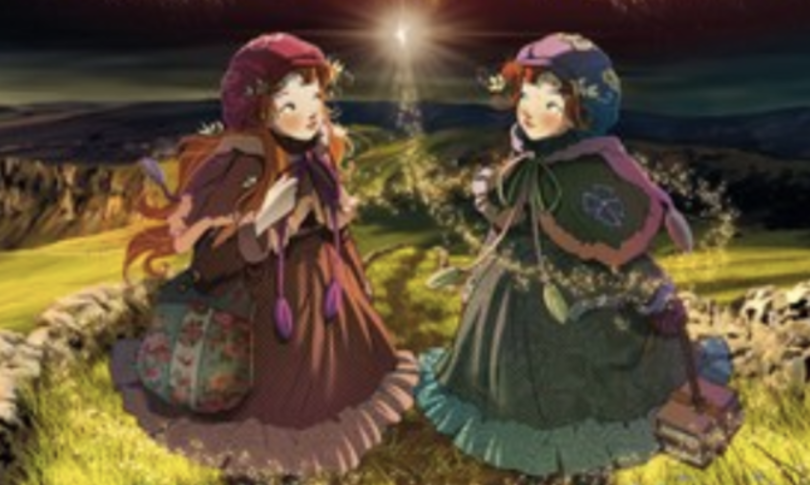 “The fate of a fairy. Fairy Oak” by Elisabetta Gnone officially released tomorrow, November 4th, already has all the characteristics to be a great editorial success. The book is already among the most booked and therefore sold in large stores and on online sites. A confirmation, if ever it were needed, of the talent of Elsabetta Gnone, writer and journalist from Genoa, who entered Walt Disney at a very young age where she later became director of women’s and preschool magazines and for which she created the WITCH tool. The works of Gnone through the stories of “Fairy Oak” have sold over 4 million copies and have been translated in 23 countries around the world.

And now, after trilogies and tetralogies, “The fate of a fairy” brings all fans of this fantasy genre back to Fairy Oak. And this, despite its author thinking it was no longer necessary. The novel still leads into the amusingly assorted community that lives in the village of the Fairy Oak, where one of the most incredible and interesting sagas of contemporary children’s literature is set.

“The fate of the fairy” is the story of all stories. With new and unpublished details of the people of the Verdepiano valley, useful to fill gaps and doubts left in readers eager to know the secrets and nuances of the beloved characters. “I thought I had exhausted everything – says Elisabetta Gnone in an interview with – but from the contacts one could perceive curiosity and so I thought of continuing to write and explain everything. I wanted to reveal what remained in the shadows and give answers on love , friendship, explanations on the destiny of the characters who perhaps, over time have aged a little, have grown up. I hope with this book I have exhausted the curiosities “.

But let’s take a step back: Fairy Oak’s books date back to 2005 and include a series of novels consisting of the main trilogy, to which are added the series The four mysteries and A year in the village – The diary of Vanilla and Pervinca. In the village Fairy Oak, in the valley of Verdepiano, humans without powers called Nonmagic, wizards and witches coexist peacefully, divided into Magical of Light and Magical of Darkness, and fairies.

The story is told in person by Felì the fairy-nanny of the protagonists, the twins Vanilla and Pervinca Periwinkle. With these works, Elisabetta Gnone has won many awards. The target audience is made up of girls aged 7-11 but the books are also read by males and adults.

It all starts in 2005 so what then? “And then – explains Gnone – it happened that the stories were successful but with the last book that I considered conclusive, the question that came to me was: where am I going now?” Those who had felt the orphan of Fairy Oak therefore wanted to return with their imagination “to the natural environment, with the twins as protagonists, friends – explains the author – where it is possible to live in a world where one can experiment, invent the days, regulate oneself. , falling and stumbling but also helping each other. There are characters who come from different realities and who have managed to integrate “.

Thanks to the lockdown “with which I discovered how generous, consoling and assisting nature was – added Gnone – I resumed everything despite having said goodbye to Fairy Oak and started over”.

Nature, the environment, “Fairy Oak is a metaphor for nature. When I started – says Gnone – I really wanted to tell the children about nature, a healthy, strong, intact, sumptuous nature, and therefore I set my story in an imaginary Nordic country where there were different environments, hills, coast, moor, and I attributed the powers and the charms of the birth to my characters, to these two sisters identical but opposite in character, one with the power to create and the other with the power to destroy “.

A theme that of nature and the environment, which in this period arouses great interest in children: “It is true, they are very motivated on the subject. They are very busy. Books must also have the function of introducing nature to children”, he adds.

Listen to the interview podcast

Reading then, is fundamental for the formation of a young person: “For me – adds the author – it was a huge pleasure to know that many very young people started reading books thanks to Fairy Oak. Knowing that it was the same for many too. kids abroad, not only in Italy, made me really happy. And to think that I didn’t read when I was a child … Parents would make me want to say: read a book with your children, have fun with them doing it. It has to be shown that reading a book is fun. Even the teachers themselves, at school, must not limit themselves to assigning the reading of a book but must get involved with the children and read with them. When you discover reading, you have an extra resource. I see today’s teenagers trying in every way to come out, they are trying with the environmental movements but the world is complicated and they still need guides, points of reference. We must give them a lot of confidence also because they have understood that despite fixed points, they have to do it alone “.

Is there a plan to make Fairy Oak a cartoon? “Eh, there is something – he concludes – but it should be a great production. It is a complicated thing and I would like it to yield more than what the book gave. Let’s see a little …”