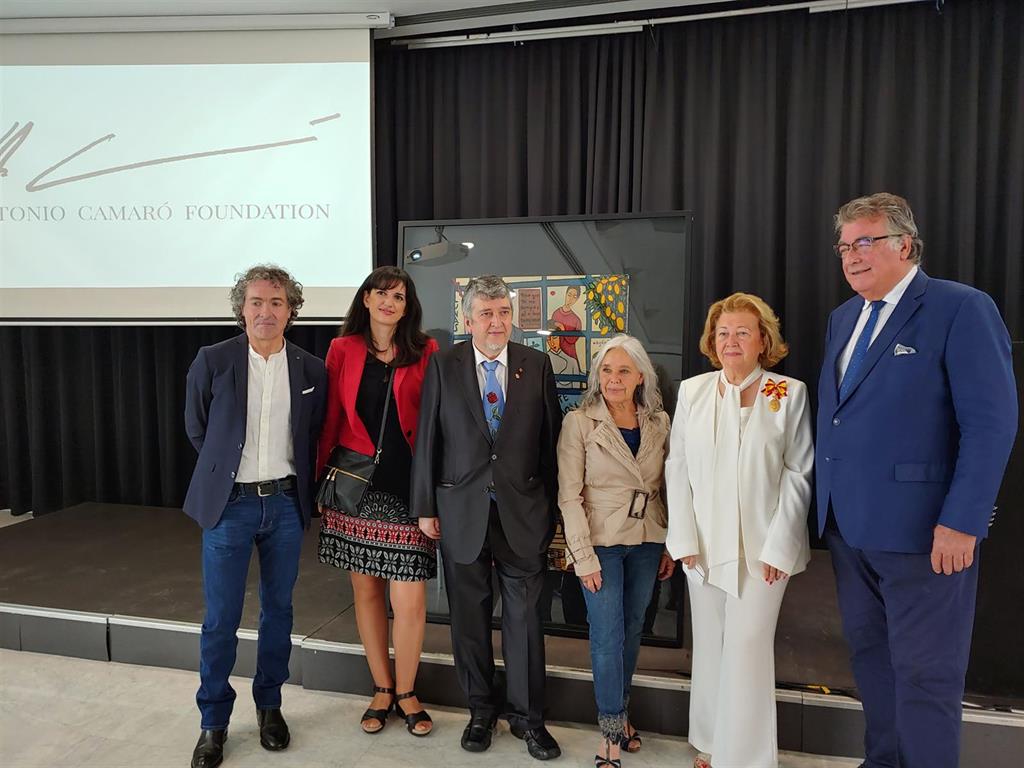 The international foundation Antonio Camaró Foundation has presented the painting ‘Freedom, My Love’ dedicated to the figure of the poet Miguel Hernandez. The painting is the work of the painter and academic Antonio Camaró and belongs to the collection ‘La Resistencia mental’, an ode to life and social and ethical commitment, values ​​that Camaró claims to share with the poet from Orihuela.

The presentation ceremony was chaired by the Ministry of Culture and Sports with the presence of the General Director of Fine Arts, Maria Dolores Jiménez-Blanco and the Director of the Cabinet of the Secretary General of the Ministry of Culture and Sports, Rosa Becerril. He has accompanied both of them, Mayte Spinola, businesswoman, patron, painter and founder of the Por Arte y Cultura Group, from which she has helped more than 600 artists and created numerous museums internationally.

During the presentation, Mayte Spínola has been named an honorary member of the Antonio Camaró Foundation for its recognition given to the promotion of culture and the meeting of civilizations and intellectual currents.

In his speech, Spínola highlighted the singularity of the painting ‘Freedom, My Love’ and has highlighted the emotional force of the verses and the figure of the poet Miguel Hernández with the painting by Antonio Camaró, highlighting the importance in these moments of “acts of this nature in which Culture, art, literature and science converge in the same meeting in favor of the encounter between cultures and solidarity, so necessary at the moment “.