“Carmen Mola has no limits” 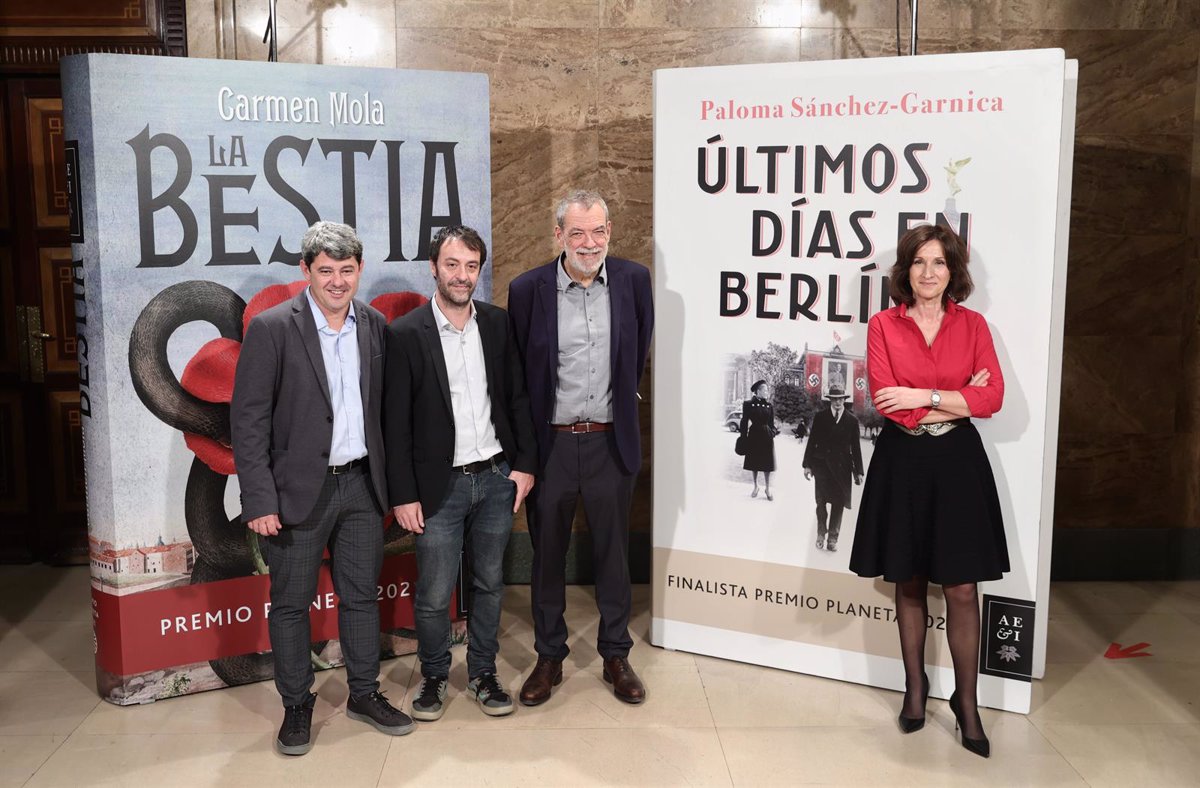 Jorge Diaz, Antonio Mercero and Agustin Martinez, the three authors behind the pseudonym Carmen Mola who have won the last Planeta Prize for their novel ‘The beast’, have affirmed this Thursday, November 4, that the character created to write novels “has no limits.”

“Any barbarity that occurs to one, he will do it“, Díaz said during the presentation of the winner and finalist of the Planeta Prize in Madrid, in a ceremony held at the Instituto Cervantes. Thus, the scriptwriter has recalled how already in his first book, the opening scene was that of a corpse eaten by worms.

Without addressing the controversy that arose after the award of the award – when it was learned that there were three men behind a woman’s name, which led to criticism from various sectors – the three authors have revealed part of the creative process they carry out under this pseudonym.

“From the beginning we set out to make a novel with a hundred chapters and that each one of them would end high. It is our ambitious project for a fast-paced novel and page turning, although we know that it is very difficult“, Mercero pointed out.

For his part, Martínez has admitted that one of the keys during the creation process is “humility”, even going so far as to “end by not really knowing what each one has written.” “In the process, a mysterious style has been created that is already that of Carmen Mola and not that of Antonio, Jorge or myself.“, he pointed out.

“This arises from a matter of humility, because we want to put the novel first. We are screenwriters before we are writers and we are already used to being beaten, so we don’t mind giving this up because what we want is the best possible novel “Martinez has joked.

For the first time in the saga created by Carmen Mola, it is a historical thriller and a trip to the past instead of a current case. ‘The beast’ is set in Madrid in 1834, besieged by a cholera epidemic that turns the Spanish capital into “a barrier to enter and exit.”

“Madrid is a city that we love and we are lucky to be able to say that we are all Madrilenians. He is one more character in the novel at a very wild moment and, in the end, the result is a distorted portrait of what we are living now, “Diaz remarked.

In fact, Martínez has revealed that the story of this book began with the confinement due to the coronavirus pandemic. “We did not know what was going to happen in the present, so we looked to the past “, has stood out.

THE LAST DAYS OF BERLIN

For her part, the author Paloma Sánchez-Garnica, finalist for her novel ‘Last Days in Berlin’, recalled that rescuing these episodes of our recent history can serve today’s society to “be on alert”, because “the evils of the past can also return.”

“We are wrong if we think that this will not come back. A Hitler was born, a Stalin was born and another may be born again. All totalitarianism the first thing it does is persecute and try to silence writers and journalists and this, therefore, is a vindication of freedom“, the writer pointed out.

‘Last Days in Berlin’ traces the years when the Russian Revolution began until reaching the last moments of Nazism in Germany. “The question is, how is it possible that a society as civilized as that of Germany enthusiastically supported Nazism or preferred to look the other way?“, it is finished.