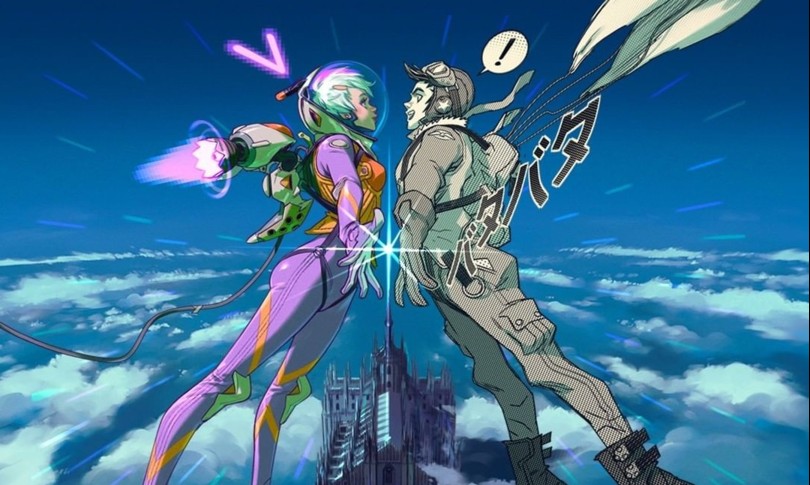 Milan Games Week & Cartoomics returns to Milan from 12 to 14 November in one big event – ‘as one’, the most important Italian event – produced by Fiera Milano in collaboration with Fandango Club Creators – dedicated to video games, esports, digital entertainment and geek culture, but also to the world of comics, publishing and all-round entertainment.

For the first time together, live and in complete safety, always in the traditional location of Fiera Milano Rho.

Also on stage is the exhibition ‘un diaboliko 60th year’.

In 2022 Diabolik, the historic character created by the Giussani sisters in 1962, turns sixty. Such an important anniversary will see the Astorina publishing house engaged in a year full of great surprises, starting with the release of the highly anticipated Manetti Bros film, up to the publication of number 900 of the series.

For the first time on display all the books published from 1962 to today and some previews to get to issue 900, to be released in February 2022. In that colorful kaleidoscope of covers it will be possible to perceive the graphic evolution of the character.

The very precious Numero Uno will also be exhibited, exceptionally taken from the Astorina vault, alongside the original design of its cover signed by Brenno Fiumali.

Sunday 14 November at 5.30 pm, the sixty years of Diabolik will be told by the Director of Astorina Mario Gomboli, by the screenwriter Andrea Pasini and by the great designer Giuseppe Palumbo, skillfully moderated by Andrea Morandi of HotCorn.

And it doesn’t stop there: thanks to the collaboration with 01 Distribution, which distributes “Diabolik – The Film” to be released on December 16th, an exclusive preview of the film will be released.

Then present at the fair, ‘Gaming zone powered by gamestop’, the center of videogame entertainment. An immense area of ​​over 2500 square meters created that will offer uninterrupted hours of play to all visitors thanks to more than 300 stations.

Friday 12 is scheduled for the final of the PG Nationals Rainbow Six Siege tournament with the casters Etrurian, Chinook, Rakki, LordChanka and “Il Solito Mute” Raffaele Bottone, while the finals of the Tormenta circuit of League Of Legends will take place on the “community” stage. .

Saturday 13 November space for the Valorant shooter tournament and the very popular FORTNITE with the Gillette Bomber Cup. The Call of Duty tournament and the McDelivery GGang showmatches, the all-female esports team born in collaboration with Machete Gaming, will also be scheduled. accompanied by Moonryde’s commentary, Lazza’s musical showcase and DJ set with Young Miles feat. Anna.

Finally, on Sunday 14th, the grand finale of the Italian Rocket Championship by Air Action Vigorsol tournament arrives with the casters Tristan, Goli, Laru, Kuma, Nickarg and Tanatoss, but above all great space for the football championship and Serie A TIM with a series of showmatches all last dribble.

Arcade universe is the space of the dear, old and much loved video games of yesteryear, the paradise for all fans of retrogaming. An area rich in content with over 30 game stations.

Among these, the brand new “Sega Mega Drive” table which, accompanied to the NES table, on two large screens, will animate a corner entirely dedicated to the great and eternal challenge between Sonic and Super Mario, a great classic of the 80s.

And again, Cosplay ground, a huge area dedicated exclusively to colorful cosplayers, with dressing rooms, shows, activities of all kinds and contests on contest. With their costumes inspired by the heroes of the most successful comics, manga and anime, but also of great repertoire, the cosplayers will be the beating soul of the event.

An impressive market exhibition will be set up in the large area dedicated to comic book publishing: all the most important publishers will be protagonists with the novelties of the next season, as well as the classic ones to find that “damned missing number”.

Space also for Star wars. The four official groups of LucasFilm approved Star Wars costumers will take visitors to immerse themselves in the atmosphere of the most beloved “galaxy far, far away” ever.

For the first time, one of the Milan Games Week & Cartoomics Guide Points will have ‘atypical’ hostesses and stewards. The most anticipated entertainment areas will in fact be the “haunted” of the Warner Bros Back 4 Blood videogame.