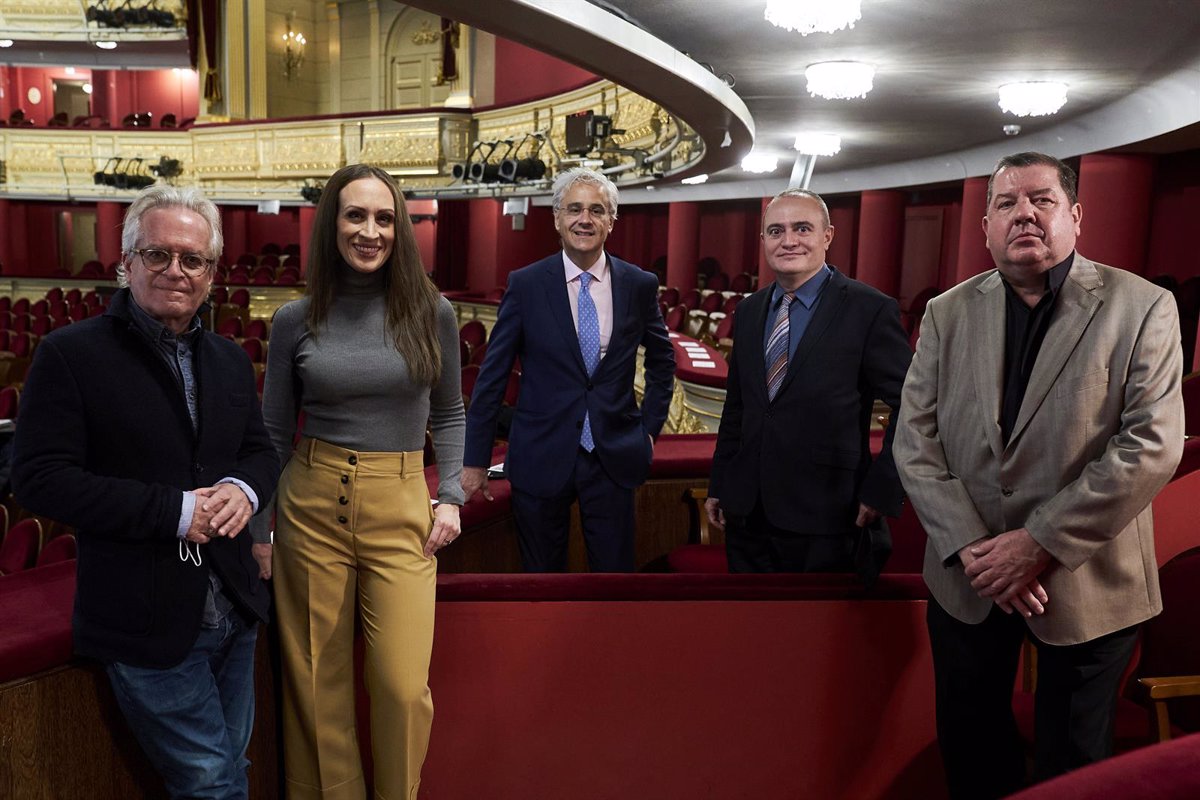 The Royal Theater will premiere on November 13 ‘Parthenope’, an opera by Georg Friedrich Händel that arrives for the first time in Spain in a staged version and that rescues the funniest side of the German composer in an adaptation that will also play with the “fluidity of genres”.

“Parthenope is a very powerful queen who will be surrounded by men who have the role of countertenors – the ‘castrati’ conceived in the original version.-. I like that modern attitude towards gender and sexuality that they had at that time. In fact, should return the ‘castrati’“said stage manager Christopher Alden.

The scene changes from the one devised by Handel in 1730 to a glamorous Paris of the 1920s. Alden has explained that for this new version they were thinking of powerful and important women from different eras: from Margaret Thatcher to Evita Perón, up to Coco Chanel, who “fit the script pretty well.”

However, the figure ultimately chosen was Nancy Cunard, a famous editor at the time and “muse” of Parisian salons. “He fought against classism, against racism and always sought social justice. The more we read about this character, the more we were interested “, admitted the stage director.

One of the sopranos who will give life to Parténope – the founding mythological mermaid of Naples – is Brenda Rae, who differs from Alden in that the protagonist is inspired only by Cunard. “We are very careful in personifying the characters, although it is true that we try to capture some related aspects“, he pointed out.

“Parthenope is a woman very aware of her power and she is not ashamed of it. She has four suitors, which is a modern conception for the time, since I don’t think there was much talk about this in the 18th century. In addition, now that patriarchy is still suffered and it is a delight to play such powerful women“, has indicated.

“I find it interesting to see how with the disappearance of the ‘castrati’ as opera stars, he brought the sopranos as relief and the men in the 19th century who went to see how the beautiful heroines died on stage. It is good that Händel does that women do not die and be queens of a hive of men“, has ironized Alden.

The artistic director of the Teatro Real, Joan Matabosch, has described this piece as “rarity”, a “sarcastic parody” that was not well understood in its time. “This shows that Händel had a great sense of humor, but in his time nothing was understood and English businessmen believed that the script was solemnly wrong,” he said.

Händel, who reached a production of more than 40 operas, only had two comedies in his repertoire – the previous one was from 1710, ‘Agripina’ – something that responded to the spirit of his time. “Handel is the best thing that has happened to opera until Janácek“said the stage director.

The musical director of the Teatro Real, Ivor Bolton, a great specialist in the baroque repertoire, will conduct his second Händel title at the head of the Titular Orchestra of the Teatro Real and also playing the harpsichord, after ‘Rodelinda’, in 2017.