Maxxi: the photographic exhibition on the 50 years of activity of the Doctors Without Borders 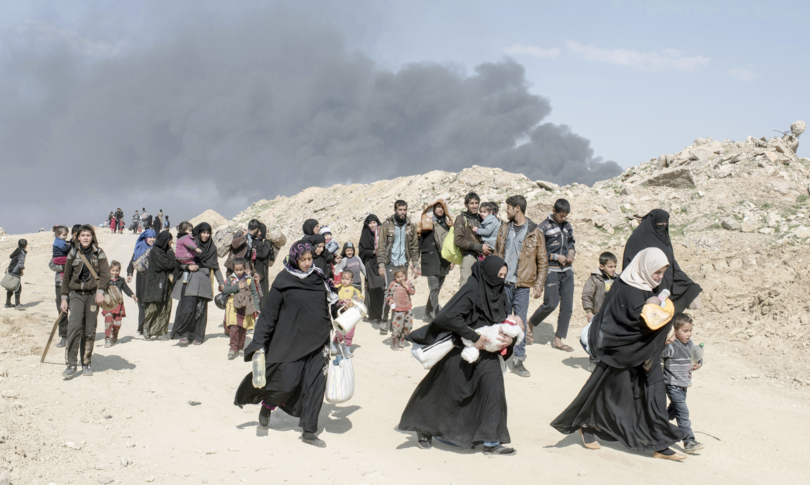 Photographs of the greatest humanitarian crises of the past 50 years to remember, or rather not to forget, as well as to document five decades of humanitarian interventions by the operators of Doctors Without Borders (MSF), immortalized by the photographers of the Magnum agency.

The photographic exhibition entitled “Looking Beyond – MSF & MAGNUM: 50 years in the field, between action and witness” opens at the Maxxi museum in Rome, open until November 14, organized on the occasion of the fiftieth anniversary of the birth of the Nobel prize-winning organization. peace in 1999.

Fil rouge of the exhibition is the meeting on the front line, in humanitarian emergencies, wars and natural disasters, MSF teams with professionals from the renowned photo agency to tell with words and with iconic shots what are in many cases forgotten crises, some of which are still ongoing.

To guide their work over time are always the same principles of ethics and independence, the very ones that back in 1971 led a group of French doctors and journalists to found MSF to provide relief to populations in difficulty without any discrimination and at the same time to know to the whole world crises that are consumed in silence and general indifference.

“MSF was born precisely against silence: you cannot be just a doctor and it is important to recount certain forgotten scenarios to obtain a resonance both at a political level and in public opinion. A double objective that is increasingly difficult to achieve, which is also the message conveyed by this anniversary exhibition ”, says to Claudia Lodesani, president of Doctors Without Borders Italy.

“In addition to emphasizing our 50 years of activity, we really wanted to dedicate an event intended for the general public to these forgotten crises, thus accessing the spotlight on realities close to us and which unfortunately recur cyclically” continues the infectious disease doctor at the head of the section Italian of the Ong.

Recently returned from her third mission in Haiti, tells of a desperate situation like never before on the island of Hispaniola.

“Insecurity is everywhere, the capital is in the hands of gangs, the scene of frequent kidnappings, fuel is scarce so in our health centers we are unable to work properly. But most of all I was struck and saddened to see that the population has totally lost hope ”the humanitarian worker continues.

“In all these years of activity, I have found the worst humanitarian situation in South Sudan, a country scourged from many points of view. In second place in this sad ranking of mine, I would certainly put Haiti and Afghanistan ”underlines Lodesani.

“Unfortunately, it is increasingly difficult to give a voice to this suffering humanity: it is our responsibility, as humanitarian workers, and yours, as journalists, to do so” concludes the president of MSF.