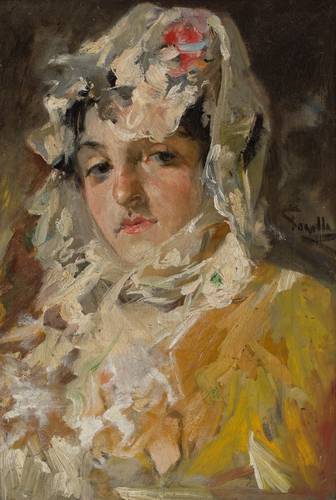 Madrid. The Prado Museum issued a list of the artworks in its collection that were taken during the civil war (1936–1939) and the Franco government in an effort to make its own past clear and accountable.

There are roughly 25 pieces of art on the list, but it is only a preliminary list as we await a more thorough examination of the heritage as a whole. A painting by the Dutch artist Pieter Brueghel and another by the Valencian artist Joaqun Sorolla are two of the works.

The art gallery decided to organize its vast collection and examine the effects that the Spanish Civil War, as well as the Second World War and the rise of fascism in Europe during the 20th century, which in the case of the Iberian country resulted in the establishment of the totalitarian dictatorship, had on its collection three years ago, in honor of the bicentennial of the Madrid Museum and the 70th anniversary of the massive rescue of works during the war in Spain (1939-1976).

The Artistic Treasure Seizure and Protection Board, an organization that appropriated the pieces for safekeeping during the civil war, is believed to have seized the works and taken them for safekeeping. After two years of investigation and data verification, the Prado Museum made public the report, which is still preliminary and includes the complete list of works deposited in its collections from the General Commissariat for the Defense of Artistic Heritage.

Of the 25 documented works, the provenance of 22 of them was established; the seizure of the remaining three was confirmed; however, despite being categorized in the collection management system of the museum, the paintings’ poor condition prevents them from having a file on the collection access portal.

17 paintings were given to the Prado Museum by the General Commissariat for National Artistic Heritage between 1940 and 1942; five more were given to the Museum of Modern Art in 1942, and one more in 1943, though it remained in the Museum of Contemporary Art and later moved to the Reina Sofa National Art Center Museum, from where it was attached to the Prado Museum in 2016 due to collection reorganization. A fruit tray and a watch from the same police station are also present.

One of the items in the Prado Museum’s collection that was taken during the civil war is the oil on canvas Woman’s head with white mantilla (approximately 1882) by Valencian artist Joaqun Sorolla (1936-1939).

The Prado National Museum has decided to open an investigation into the possibility that some of the works in its collection are the result of seizures made during the civil war or during the Franco regime. The Spanish art gallery explained that this initial figure could be higher in accordance with the most recent studies by the expert in heritage and the civil war, professor and professor emeritus Arturo Colorado Castellary.

They also state that the goal is to dispel any uncertainties regarding the background and context before it is added to the Prado collections and, if required and in accordance with all legal procedures, to return it to its rightful owners.

Arturo Colorado, the author of the paper and a specialist in both art and history, noted that museums unquestionably played a key part in the survival, destruction, and movement of pieces of art during and after wars. In the case of Spain, the civil war necessitated the removal of several items, among them more than 500 from the Prado Museum, from Madrid to Valencia, then to Barcelona and the north of Catalonia, before they were finally transported to Geneva at the conclusion of the war. Many museums, organizations, and even private individuals received thousands of pieces that had been preserved by the Republic government to keep them safe during the early aftermath of the Franco conflict.