Books Dome publishes in Spanish ‘Letras’ (The Lyrics), the work of Paul McCartney 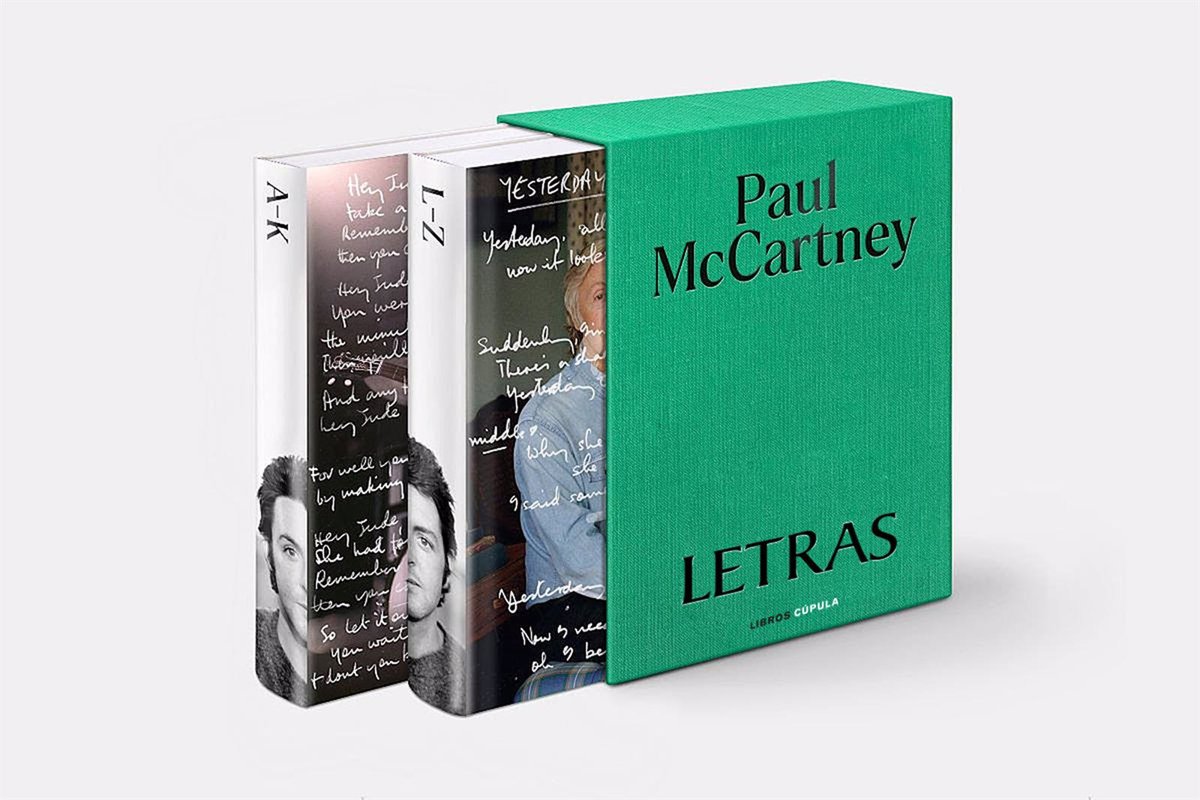 Libros Cúpula has announced the publication, in Spanish, of ‘Letras’ (The Lyrics), the work of Paul McCartney, with the collaboration of Paul Muldoon. The work will be on sale this Wednesday, November 10.

“More often than I can remember, I have been asked if I would ever write my autobiography, but the time has never been right. The only thing I have always achieved, whether at home or on the road, is to write new songs. To some People, when they reach a certain age, like to use their diaries to remember the daily events of the past, but I don’t have that kind of diaries. What I do have are my songs, hundreds of them, that have the same purpose. And these songs span my entire life, “says Paul McCartney.

As reported by the publisher, in this book Paul McCartney recounts his entire life and art through 154 songs from all stages of his career -from his early childhood compositions to the legendary decade of The Beatles-, passing by Wings and his solo albums to the present.

In this way, arranged alphabetically to provide a kaleidoscopic rather than a chronological account, he fixes for the first time the definitive texts of his song lyrics and describes the circumstances in which they were written, the people and places that inspired them, and what happened. McCartney thinks of them now. Along with them is material from McCartney’s personal archive (drafts, letters, photographs) never before published.

“I hope that I have written it, it will reveal to people something about my songs and my life that they have not seen before. I have tried to say something about how music is produced and what it means to me and I hope that it can mean something to others as well. “says Paul McCartney.

“Based on the conversations I had over five years with Paul McCartney, these comments are the closest thing to an autobiography we could ever have written. This look at his own artistic process confirms an idea that we had already guessed: that Paul McCartney is a reference important literary work that builds on, and prolongs, the long poetic tradition in English, “explains Paul Muldoon.