Comic autobiography Forget My Name: The Monsters of Memory 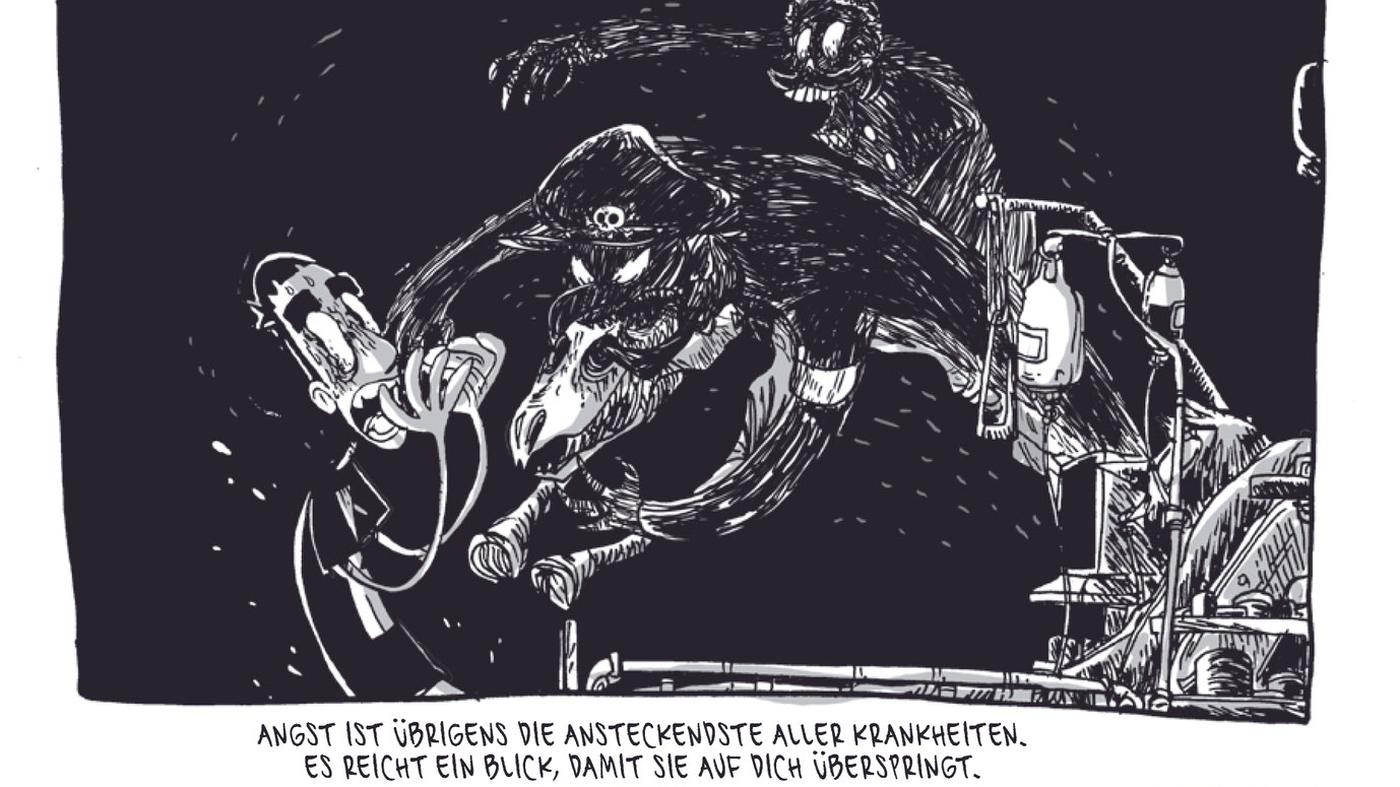 How do you get away from the misery of adulthood and the suffering of your own fate? by seeing yourself as the protagonist of this adventure and your life narrative as literature. At least that is Michele Rech, an Italian cartoonist better known by his pen name Zerocalcare (“Kobane Calling”), plan.

He explores the complex history of his family in his latest autobiographical comic Forget My Name (translated from the Italian by Daniel Koll, vanguard, 240 p., 25 €) and repeatedly escapes into fantastical worlds from TV shows, anime, and video games.

When his cherished grandmother passes away and a significant portion of Zerocalcare’s upbringing fades along with her, unsolved questions and concerns rise from his memory like dark wraiths. They follow Zerocalcare throughout the comic like shadowy monsters, but he fights them off with his imagination and a reconstruction of his family’s secret-filled past. It begins by saying, “I’m constantly terrified of mistaking reality with how my mind has filled the voids and gaps for 30 years.

Growing up in the troubled Roman neighborhood of Rebibbia is Zerocalcare. He suddenly stops speaking and eating at the age of two and a half, so his parents give him to his grandma. The major reason the youngster prefers living here is that he is permitted to visit the zoo every Monday, where he identifies all the animals.

Zerocalcare is relentlessly self-deprecating, describing both his own peculiarities and faults as well as those of his family: while he is turning into a neurotic nerd-punk, his grandma is getting dementia and is becoming more and more whimsical. After her passing, her tragic life story began to come to light: her parents sent her to boarding school, where she was raised only by Russian exile nobility in Nice, and she went into hiding during World War II.

Despite how serious the subject matter is, Zerocalcare tells it with humor. In countless asides, he imagines himself or his relatives in pop-culture disguises, portraying himself and many other characters as humans, from the school psychologist who resembles King Leonidas from “300” to his mother and grandmother who look like anthropomorphic chickens from Disney films.

With the use of style rip-offs from manga aesthetics, humorous comics, and a ton of cinematic exaggeration, a bizarre amalgam is produced whose stylistic leaps exactly mirror the struggles that Zerocalcare had to face during its own history.

Zerocalcare attempts to advance to the next level from boy to man, from child to adult, but this does not happen without suffering harm. The basic tenet of “Forget My Name” is “A man without a secret is a man without an identity,” which shows that Zerocalcare is wiser than he initially appears to be. A comedy autobiography that is among the oddest, funniest, and most moving of recent times.

One thought on “Comic autobiography Forget My Name: The Monsters of Memory”