Aurora Luke: “Humanities is annihilated. Sometimes the enemy is not the law but the center” 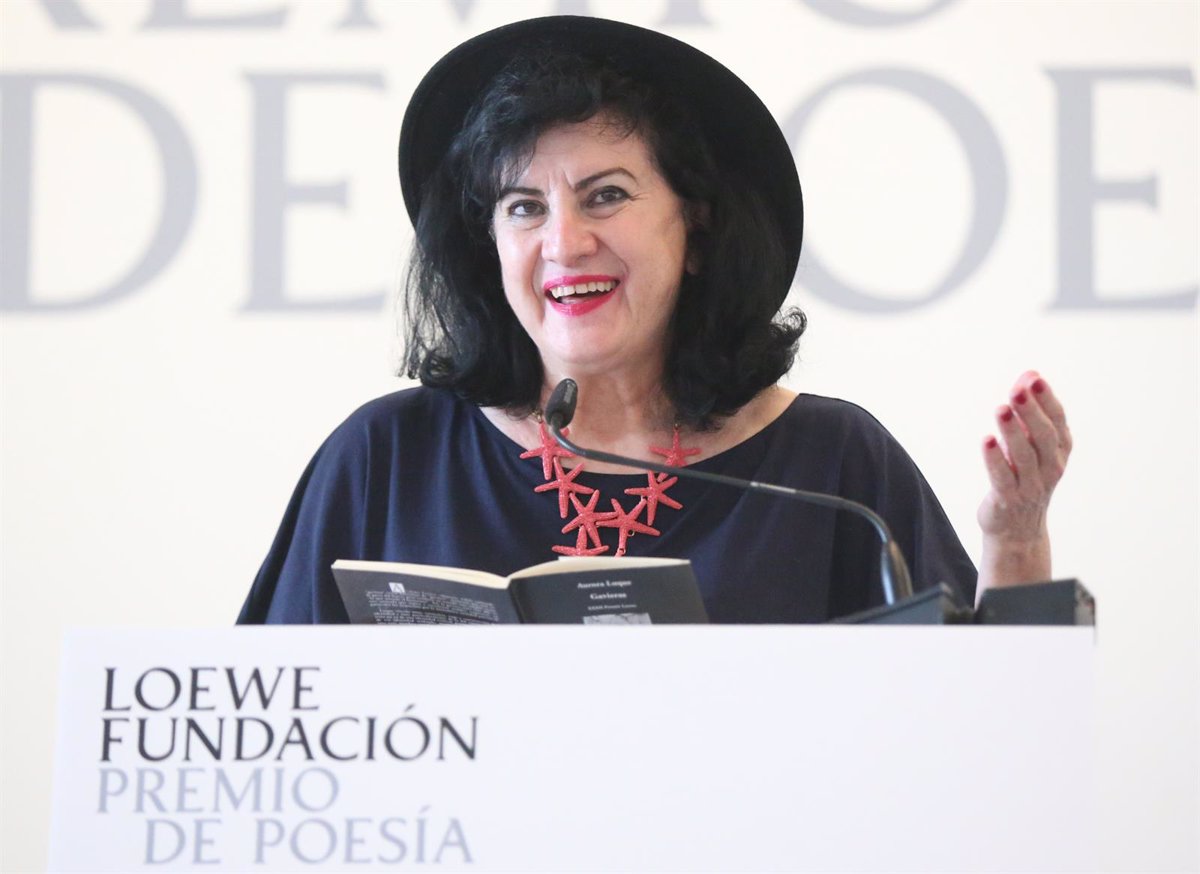 The writer Aurora Luke awarded this Thursday with the National Poetry Award of the year 2022 for his work ‘A finite number of summers’ has lamented that Humanities is “brutally mistreated, niguneada, annihilated“, since now “it is very difficult to study Greek and Latin”.

In this sense, he pointed out that, due to the “mistreatment” given to these subjects in education, “in the future there will not be an Irene Vallejo because they will not study Greek and Latin.” “There will not be a potential Irene Vallejo, if they do not have training in languages ​​that allow access to literature there will be no more, access to the classical world ends“, he assured.

For the poet, winning the National Prize has been “a huge surprise” because the book “has not been seen much” since it is from a “small” publisher. “I did not expect it, I did not remember that it was failed at this time and it has been a huge surprise”, she has celebrated.

The winner, who has confessed not knowing the exact amount of the prize, awarded by the Ministry of Culture and Sports and endowed with 20,000 euros, has stressed that “the same” is going to Greece, which is where he wants to travel.

Thus, he explained that, as poetry “does not enter the market, it does not follow the game of the market”, so the quantity factor “does not count”, but rather “the passion factor, astonishment”. “Dissemination is secret, many times the most valued books are those that circulate in little more than artisanal editions and editorial visibility is not always linked to what people actually read”, she specified.

Along the same lines, the author of ‘A finite number of summers’ has stressed that poetry “has another circuit, it is not a popular product on the market, it is neither bought nor sold, it is one of the least commercial things in the cultural world”.

At this point, Luque has recognized that she does not live on poetry, although she would not want to live on it either. “I don’t live from poetry and I wouldn’t want to live from it, my translations are poetry too and I only translate what I feel like“, it is finished.

A WORK WITH A “HIGH LYRICAL, EXCITING, DEMANDING IMPORTANCE”

The jury has highlighted her work for its “high lyrical depth, exciting, demanding, transparent, which places the unmistakable voice of the author as one of the great poets” of today.

“For being a book of joys: of beauty, of the word, of the sensual, of life in general. A song to the Mediterranean and to the love for the Greek tradition, which looks at the universe from the past to understand the present, using the resources of tradition and the forms of Antiquity to interpret our days. A classic mosaic that we recover today and that takes us back to the past“, Add.

Luque (Almería, 1962), is a poet, narrator and translator and has a doctorate in Classical Philology from the University of Granada. In Malaga she worked as a Greek teacher, columnist, editor and cultural manager, managing the Centro Generación del 27 between 2008 and 2011. She also created and directed the collection of poetry Cuadernos de Trinacria and, together with Jesús Aguado, the collection MaRemoto de poetry from other cultures of the CEDMA.

In addition to the prizes mentioned above, she has been awarded, among others, the Federico García Lorca Prize from the University of Granada 1982 for ‘Hiperiónida’, and the Fray Luis de León Prize for ‘Comrades of Icarus’.

And, in addition, he was a finalist for the 1992 City of Melilla International Poetry Prize, and in 2016 he was awarded the Andalusian Radio and Television Public Prize in the Literature category.

One thought on “Aurora Luke: “Humanities is annihilated. Sometimes the enemy is not the law but the center””