Milja Sarkola and Laura Lehtola’s collaboration bears fruit: The show is a new kind of family portrayal, which is not often seen on theater stages 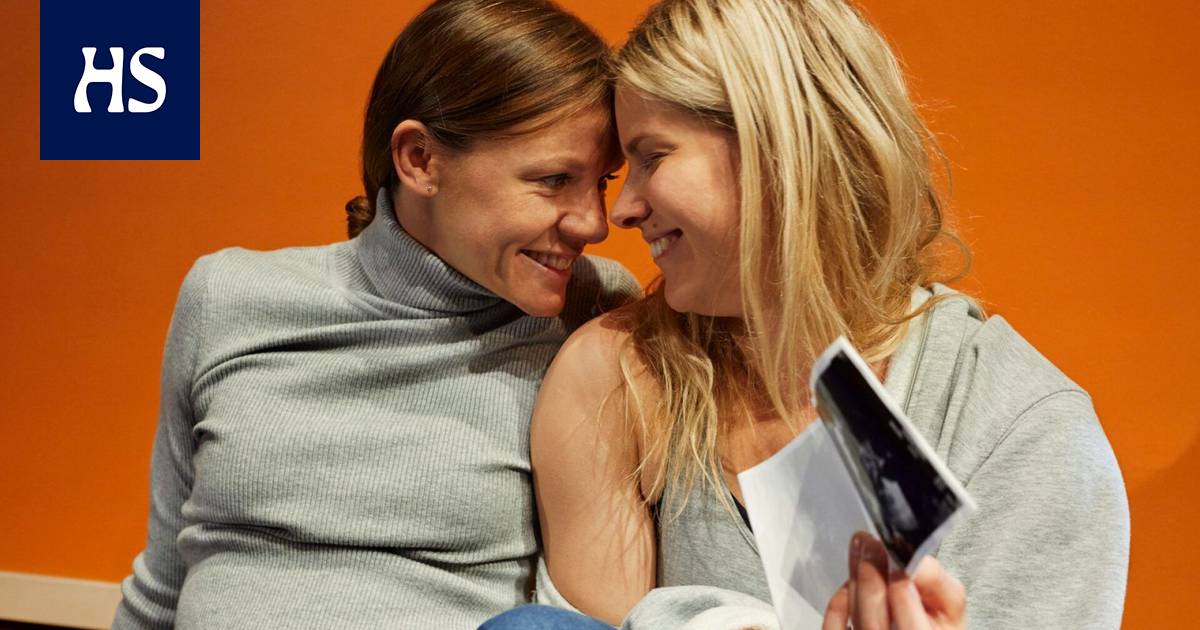 Based on Laura Lehtola’s book, I chose you, it describes the arc of one relationship and its challenges.

I chose you, premiere on the small stage of the Helsinki City Theater on September 22. Adaptation of Laura Lehtola’s novel into a play by Laura Lehtola and Milja Sarkola, dramaturgy Henna Piirto, direction Milja Sarkola. ★★★★

First there is a moment of heteronormativity in the way of the relationship, then the family life with children makes the lovers struggle.

Laura Lehtola and Milja Sarkolan From Lehtola’s novel I chose you (2020) dramatized the play of the same name describes Elisa (lommi mass) and Sarah (Wenla Reimaluoto) of relationship development from sharing a student cell in the early 2000s to starting a family. It’s a new kind of family portrayal that hasn’t been seen very much on theater stages.

The thirteen-year story is not just an autopsy of a relationship, but also a look at the 21st century change in the opinion climate. Social changes engage in dialogue with the realities of women’s relationships, for example in the case of the fertility treatment law. The show also reflects on the flexibility of sexual orientation and the effect of time on people.

Lehtola’s novel opened the love story of Elisa and Saara through the perspective technique, where the parties alternately opened up like a diary. This allows for an ambiguous interpretation of the course of the relationship, but would understandably work awkwardly in the reality of a theatrical performance.

In the show, Sarkola and Lehtola’s effective dramaturgical solution is to convey the story through the interviews that Saara gives to Anti, who studies rainbow relationships (Try Nikkilä).

The solution limits a little more space for Saara, who is the catalyst of the relationship anyway.

When Elisa, who is studying financial administration, is a curmudgeon. Kaisa Torkkel and Greasy Daughter-in-law) in the form

Slowly the women fall in love, but the outside world is not ready for a relationship. And when the outside world has changed, women have grown apart under everyday pressures and expectations. Having a child is a culmination point in many ways and shows the unequal position of a female couple compared to hetero couples. The show doesn’t preach, it shows.

The strangulation of norms and especially Saara’s internalized shame is woven into the fabric of the love story with warm humor, you can’t help but like Wenla Reimaluoto’s snarky Saara. Especially the looseness and humor of Lehtola’s dialogue placed in Saara’s mouth is enjoyable, self-ironic and direct.

The story progresses nimbly with cinematic cuts and at some points you wonder if the intimacy of the love story is being lost at high speed. However, Sarkola’s direction manages to maintain interest with sensitive changes in tempo and atmosphere. Especially in the second act, the story gets airiness around it. On the small stage of the Kaupunginteatteri, the scenes of everyday life change in the blink of an eye from home and Saara’s writing residency, Rytmi cafe to the pride park picnic, which has turned into “May Day 2.0” in Saara’s words.

Acting there are several small tidbits. Always great Hanna Raiskinmäki plays a lot of precisely outlined small roles, from the doctor at the fertility clinic to the couple’s son Matias.

Sarkola and Lehtola’s collaboration has clearly been fruitful, and the stage conveys a gentle spontaneity that arises from the subject’s personal nature.

One thought on “Milja Sarkola and Laura Lehtola’s collaboration bears fruit: The show is a new kind of family portrayal, which is not often seen on theater stages”