Cristina Peri Rossi, a language stripped and committed to her time 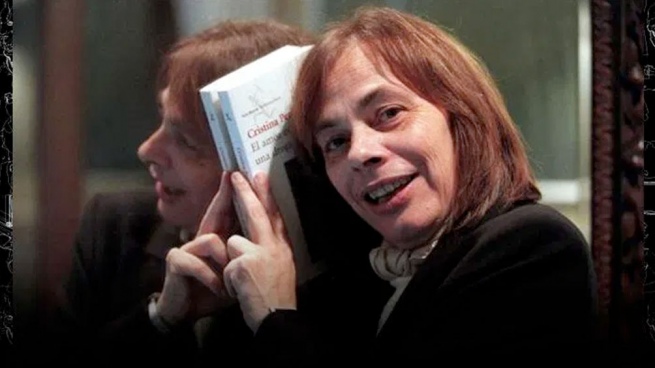 The Uruguayan writer Cristina Peri Rossi, based in Spain since the 70s, the author of an extensive work in which she constructs a stripped down and precise language and a cultist of various genres, was honored today with the 2021 Cervantes Prize by a jury that recognized in her texts “a constant exercise of exploration and criticism, without shunning the value of the word as an expression of a commitment to key issues of contemporary conversation such as the condition of women and sexuality “.

In the words of the ruling released by the jury, it was decided to award the highest award in the Spanish language to Peri Rossi for “to recognize in it the trajectory of one of the great literary vocations of our time and the size of a writer capable of expressing her talent in a plurality of genres “, while pondering that her work is a” bridge between Latin America and Spain “so” it must remain as a perpetual reminder of exile and political tragedies 20th century “.

Narrator, essayist, poet and translator, Peri Rossi, a Uruguayan based in Barcelona after having left her country in 1972 due to the advance of dictatorships in the region, is recognized for books in which she has cultivated different genres, from the novel to poetry , the story to the essay, always committed to contemporary social issues and traversed by that unique synergy between love and exile, its two topics.

Congratulations to Cristina Peri Rossi, winner of the 2021 Cervantes Prize, a well-deserved award for one of the best contemporary authors. A woman committed to social issues, who has shown in her extensive work the great concerns and debates of our time. pic.twitter.com/INnLQUm5E9

But also Peri Rossi is because of his political activism in left and gender movements, which is why she was persecuted not only under the dictatorial government of Uruguay but also, once in Spain, by Francisco Franco, which led her to settle in Paris for a few months. There he met who would be his great friend, Julio Cortázar.

Among his works, which were translated into more than twenty languages, are “La nave de los locos”, “State of exile”, “Love is a hard drug”, “The insubmissive”, “Private rooms”, “When smoking was a pleasure”, “Barbarian Babel”, “Playstation”, which earned him the Loewe Prize.

In the middle of this year, the Caballo Negro publishing house published in Argentina the volume “Stop, instant, you are so beautiful”, a book that came to repair the omission that existed regarding the author’s local publications in our country, despite that his work circulated thanks to his readers.

More in an anthology format than complete works, as she preferred, this volume published by the Cordovan label brings together poems written from what they call the third wave of feminism, in the 70s, when homosexuality was considered a crime or mental illness, until now, in this fourth wave of feminisms that condenses other approaches and pluralities: LGTB + diversities expanded with equal marriage settled, for example.

With a stripped and precise language, with a powerful literary gesture, Peri Rossi became the sixth woman to be distinguished with this award, which since 1977 had only awarded five othersAmong them, the most recent, also Uruguayan, Ida Vitale, in 2018. If it is about Uruguayan literature, in less than a week two writers of that nationality were recognized with important awards; to the recognition of Peri Rossi is added that of Fernanda Trías who won the Sor Juana Inés de la Cruz Prize for her novel “Mugre Rosa”.

Born in Montevideo in 1941, Peri Rossi is one of those writers who claims to write so that life becomes bearable for her. In an interview in 2017 with the newspaper El País, with a bias of irony and sincerity, he answered the question “Who would you give the next Cervantes award to?” “. Since then, he continued to publish titles such as “Las replicantes” and “Todo lo que te no te pude”.

Due to her delicate state of health for a while she has not given interviews, but in a report granted last September to the EFE news agency, where she herself worked, she said that writing poetry made her “feel alive” and that is why she was almost finishing a book that he would call “A punto de poem”, on “the experiences and feelings of which very little has been written: the disease, the relationships between doctors and patients.”

Regarding an interview with this agency, María Teresa Andruetto pointed out: “The sarcastic, the impious, the stark are qualifications that I would associate with the poetry of Peri Rossi, not only the affairs, the poetry as a female, the writer relationship and poetry like the relationship of a female with another female. Desire, especially exile, language as a mother, as matter. All this is the heart of his writing, but there is something fierce in the form, like a howl that is not exactly a complaint, but something deeper, torn, like an animal they want to lock up, a she-wolf left alone. ”

The Cordovan writer, also a poet and narrator, said at that time that “a great poet is different from all the others and Peri Rossi is different” and stressed that “one of Peri Rossi´s places is the ferocity of his word. She does not he disguises his wish. ”

The poet maintained a friendship with Julio Cortázar, who had helped her emigrate to Paris in 1974 and with whom she had a relationship that she defined as “intense, intimate, unforgettable and unrepeatable”, in an interview via email to the newspaper La Tercera de Uruguay. The author of “Hopscotch” had dedicated “Five poems to Cris” to her and she was in charge of writing a biography of that relationship in “Julio Cortázar y Cris” in which anecdotes prevail that show the intimacy of that bond through 15 chapters. Correspondence was key to maintaining that relationship between Barcelona, ​​where the poet lived, and Paris, the city where Cortázar lived. And in the pages of the book that she dedicated to him, it was revealed that the disease from which Cortázar died was not cancer but AIDS.

In January of this year, the Uruguayan poet wrote: “We have arrived. The elevator door opens. / ‘Happy return whenever’ I tell him / I have not returned to Montevideo, my city for twenty years./ Nights are perfumed and full of stars./ And I enter the echocardiogram room with the face of the dark-haired young man / and delicate skin like a flower / instead of the big ass of the nurse and the beast that wanted to ride him./ Hopefully the orderly I can go back to see the flowers and the starry sky. ”