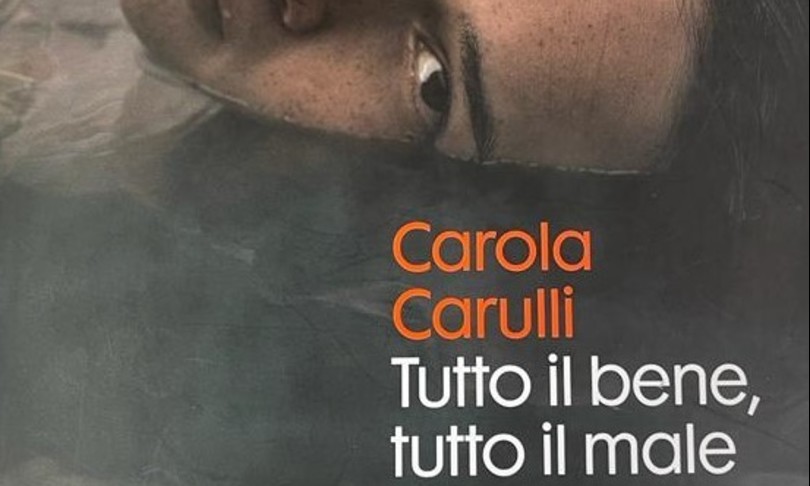 “We are shells, we are sand, we are dust and the dust carries everything and brings back everything. Love each other, live yourselves, and read your dreams on my arm: never stop looking for all the good and all the bad in the world “…

When you close the book of Carola Carulli, “All good, all evil” published with Salani, one has the impression of having walked on the sand, listening to the sound of the sea, running at breakneck speed towards a goal, towards life and all the good or bad it offers.

The journalist and presenter of Tg2 wrote a novel, the first of her career as a writer, delicate and biting at the same time, a book that speaks to women and men and tells of complicity, separations, distances but also of dogs that are the symbol of unconditional love, of salt water, sunrises and sunsets.

And in all this set of emotions, that space finds space incredible gift that is friendship sometimes even more important than love. “All the good, all the evil” is a novel focused on the power of family ties that fit together and replace one another to make up for shortcomings, and on forgiveness, but above all on the freedom to live in one’s own way, without fear of the judgment of others.

A book that enhances female friendship that despite all the clichés in this regard, is instead possible despite the incredible ability that women have to hurt themselves only to promptly help themselves.

In a conversation with the , the author talks about her book, born from an idea flashed years ago and then taken up again with the complicity of the lockdown: “The title clearly explains the center of the novel: ‘all the good, all and the bad that families can give us and do, especially those that we do not choose but that happen to us and that we can then understand and forgive in order not to allow anyone to take away the freedom to be what we want and live life – explains Carulli -. In the novel there is a narrative voice of a woman who is only 20 years old, her name is Seva who has a strange aunt, different from the usual, deeply loved. An aunt who takes the place of her mother, a maternal figure who only looks after appearances, and who has raised a daughter with shortcomings “.

Those of the novel are women who represent all the faces of a cube, which integrate with each other, “Yes – continues Carulli – because one belongs to the other, they recognize their shortcomings and rebuild themselves to be reborn with a new skin. But there is no shortage of men in this construction. We find Sveva’s father who is a narcissus par excellence, that of Alma who instead raises his daughter completely by himself, giving her love, building a new woman in her. A woman that her father helps to understand how happiness depends only on oneself. Alma, Sveva’s bizarre aunt, is a woman who has suffered a lot and her father helps her to become a new, revolutionary, independent woman not only from the economic point of view from which most of the freedom derives but also and above all , head. And it is no small feat when compared with Seva’s mother who is instead attached to her husband’s economic dependence ”.

It is a book about family ties that condition life but from which the importance of the family emerges: “Which is not only the biological one – emphasizes the author – but it can also be something else”. And also on motherhood: ”I tell about motherhood at 360 degrees. You don’t become mothers only with blood ties because a mother can be an aunt, a friend, a person you’ve met and helps you ”.

Sometimes empathy is everything. “Empathy – explains Carulli – is the engine, it helps you to understand the other. Alma is a person who opens his heart to the other, recognizes his wounds and those of others, gives rise to something else from wounds and not. She closes. She is psychic, a talent she inherits from a great-grandmother. The psychic, for me, is the one who listens to others. Alma listens to others and the objects she finds in the flea markets. Objects that have a story that she feels. And this is a way of giving love ”.

Reading also touches on quite delicate topics, such as the moment in which as children, who never ceases to be, you end up becoming a parent of your parents:

“Exactly, this is because between mothers or fathers and children – he continues – there is a continuous transfusion of reciprocal blood. In the book we meet young men who become old and who are children of their children. Alma herself becomes the mother of her father.

It must be said that gratitude in families is fundamental, even if it is not so obvious. But children are queues that we carry within us all our life and on which we have responsibility forever“, The invitation is therefore to try to mend, fix what is broken, but also to forgive where, however, the forgiveness is of an educational type:” Certainly – underlines the writer – in the novel, for example, Alma’s father does not he condemns his wife, tries to rebuild while keeping the good, looking at things from different perspectives. Forgiveness is a kind of chain reaction. It is a constant forgiveness because the goal is to seek happiness “.

But it also takes courage to be happy, “because this happiness might not last long but in any case it exists, it exists. You are happy when you adopt a dog from the kennel and save it, as Alma does, when you take care of others and thus, unconsciously, you care for yourself. The ties with the family can always be fixed, the invitation is to learn to live with the difficulties that can be found in basic affections, to understand the limits of one’s family, if there are any “.

So you have to take “All good and all evil”, “go through pain, walk on broken glass and in the midst of good and evil find the path of forgiveness and change”.

The sense of the beauty of life and of freedom is contained above all in one a letter that Alma writes to her daughter, a letter that all the daughters would like to have from their mother at the time of separation: “Yes, in that passage – says Carulli – Alma gives freedom and life to his daughter and granddaughter, invites them to keep in mind that happiness must not depend on others and that true freedom comes when you no longer care about what the other says. The important thing is not to be afraid of being what you are. The world risks preventing you from doing this every day. There are many fears, but we must dig into them and not prevent us from going further. I chose to dedicate this novel to my father who taught me everything, and to my daughter, as if Alma’s letter were a little bit for her. What if I find myself in any of the characters? Well, maybe there is some piece of me in each of them ”.

A movie? “I would love it, it is useless to deny it – concludes the author – and as a leading actress, in the role of Alma, I see well Kasia Smutniak, an intelligent woman, who suffered but got up. And then she has a very beautiful expressive face, deep eyes. It would be fine ”.