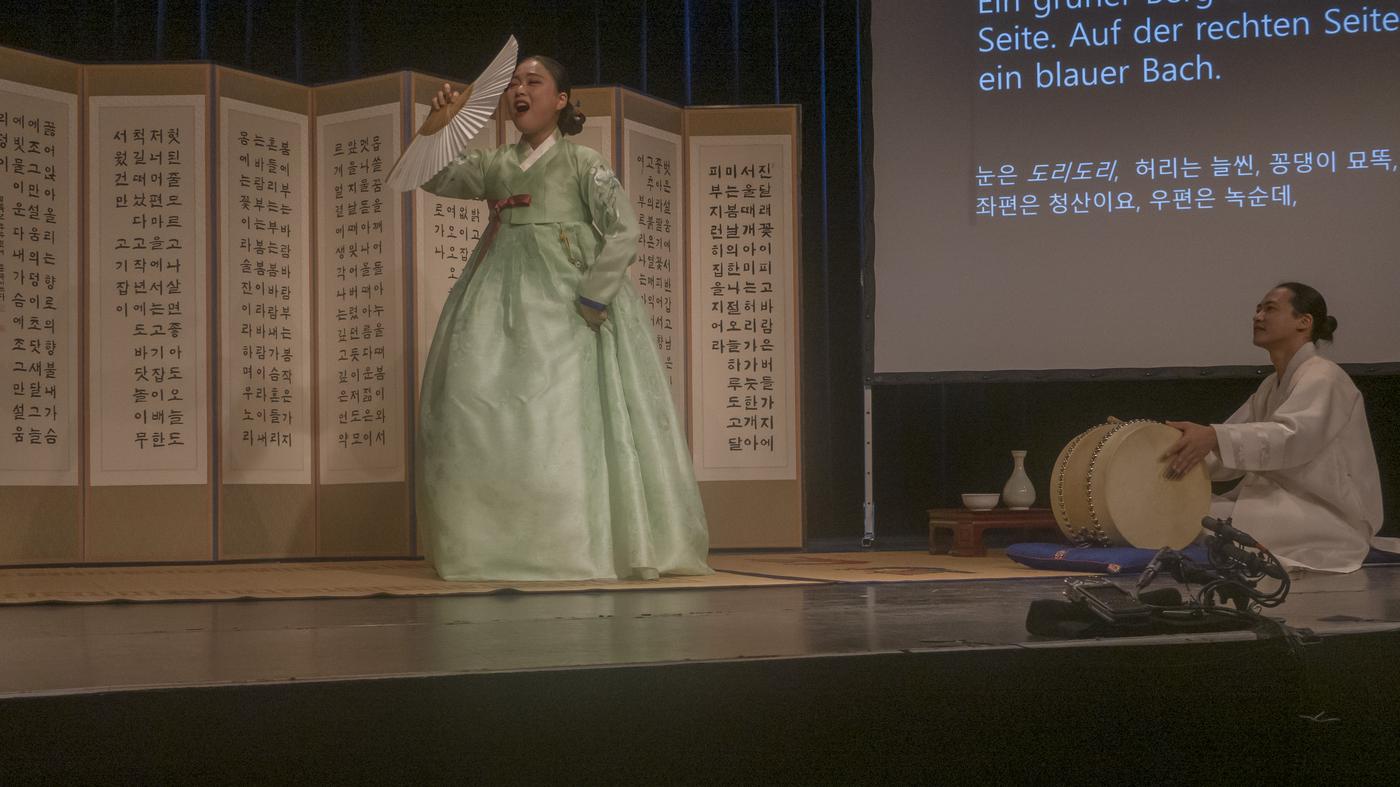 Pansori is the name of the sung epic that is being given a rare performance at the Ufa factory at the Jeong Ga Ak Hoe festival for ancient Korean music. In this traditional performance art, a UNESCO World Heritage Site since 2008, voice, gestures and a fan are the only means of expression. A singer (Kwangdae) tells the story and sings all the characters. Only one drummer (Gosu) embeds them in a rhythmic foundation.

With “Sugungga – The Song of the Underwater Palace” the pansori master An Minyoung, accompanied by Chun Hyunjun and Sunwon Jinyoung, takes us into the world of the fable. Suffering from a mysterious illness, the Dragon King of the South Seas needs a rabbit’s liver to recover; however, he has no interest in going down in the annals of medicine.

Pansori is not only the highest art of voice, but also solid folk theater. Rough taunts are just as much a part of this as ancient Chinese poetry, proverbs and medical knowledge. The timeless story always revolves around appearance and reality, the gullibility of the powerful, indolent officialdom and the perilous survival of the cunning rabbit.

A terrapin is sent after the hare’s liver – and she has no idea what a hare actually looks like. An Minyoung vocally interprets every nuance of the story.

Descriptions of nature are expressed in solemn, richly decorated cantilenas, while in action-packed passages the syllables crackle at a rapid tempo reminiscent of rap singing. Minyoung’s minimalistic gestures draw attention to himself and add to the drama, while the drum provides the pulse of the performance.

The performance, which lasts more than three hours, flies by and is not boring for a second. Thanks to the surtitles, you can easily follow the twisting story. The European and Korean audiences enjoy themselves royally and participate in the performance, cheering the performers with loud shouts (chuimsae): “Jodta”- Good! Chalhanda – Bravo!

All of this seems very different from the courtly ceremonial music Jongmyo Jeryeak, which recently made a guest appearance in the Philharmonie: an example of the enormous diversity of traditional Korean music culture that still needs to be discovered in this country.