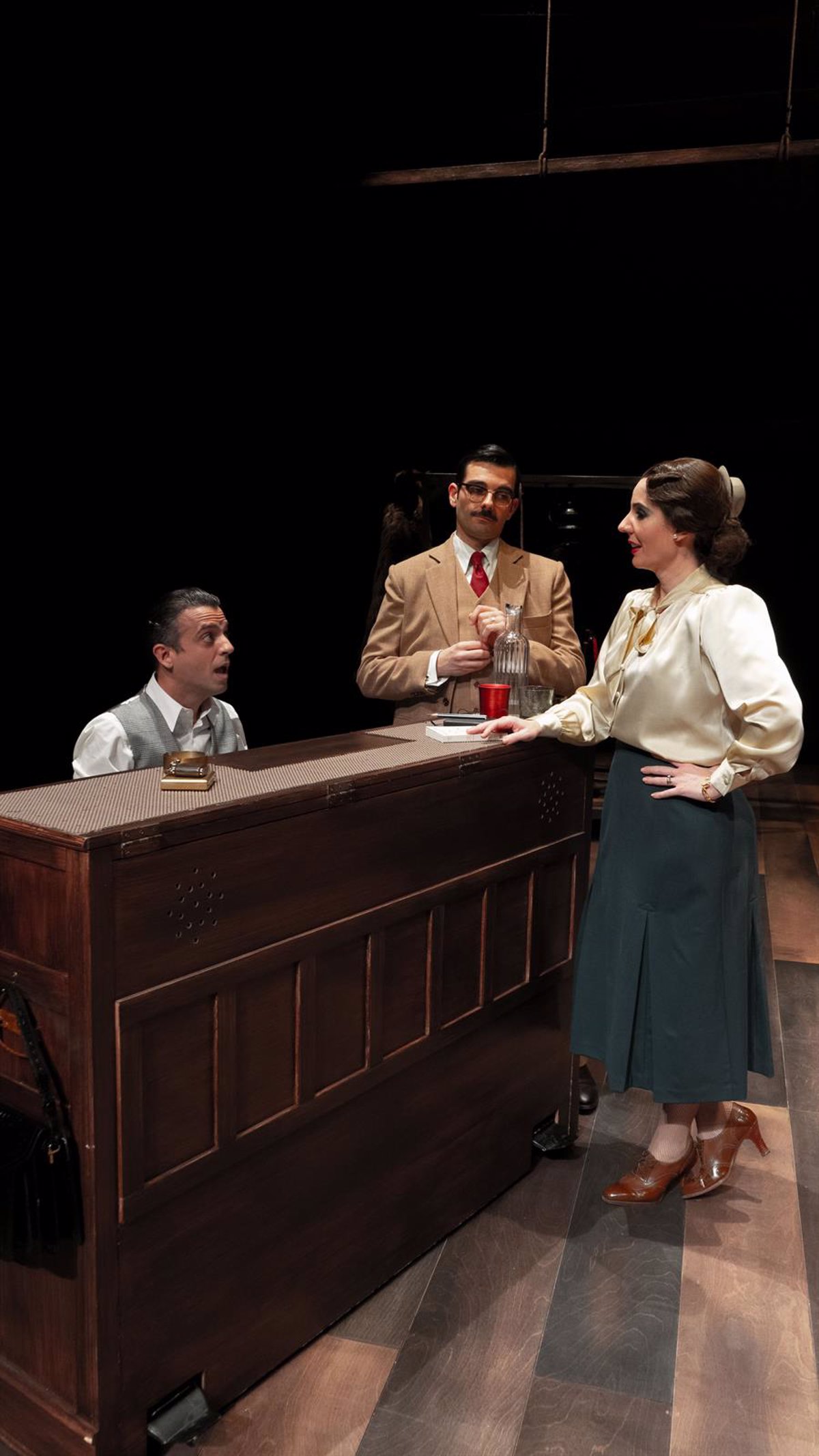 The play, on the bill until January 2, imagines a fictitious meeting on the very tables of the Spanish Theater between three figures of 20th century Spanish popular culture: the poet and playwright Federico García Lorca, the singer Concha Piquer and the musician and composer Rafael de León.

‘In a strange land’ It is the theatrical debut of Diana Navarro, who plays Concha Piquer, accompanied by Alejandro Vera as Federico García Lorca and Avelino Piedad as Rafael de León.

Concha Piquer has long wanted to meet Federico García Lorca. Not in vain he is the most requested poet of the moment and she the most famous singer in Spain. That meeting must occur. Woman used to managing her destiny and never receiving no for an answer, asks his collaborator Rafael de León to meet the poet at the Spanish Theater in Madrid, where he is rehearsing his new concert, to propose that he write him a song.

“A Concha Piquer has been hung the sambenito of representing a Spain with a tambourine and a red-equalized flag. Federico García Lorca has emerged as the undisputed leader of that other republican Spain with a tricolor flag. Both of them loved this country to the core, but both treasured lights and shadows in their ideology, in their way of living and in their personal decisions, “said Rubio.

‘In a strange land’ does not judge its protagonists, but rather “offers them a meeting place, a possible and necessary conciliation between disparate positions, a board on which these three characters”. “They are going to play a decisive game, an irremediable and terrible checkmate. All to the rhythm of verses and jazz. What more could you want?“, added the director.

Music plays a fundamental role in the development of the show. The copla and Broadway songs in the case of La Piquer, Cuban music and Spanish popular song in the case of Federico, and jazz in the case of both. All under the musical direction of Julio Awad.