Symbols from the time of fascism began to be documented in Italy: The map now shows, among other things, a huge Mussolini obelisk 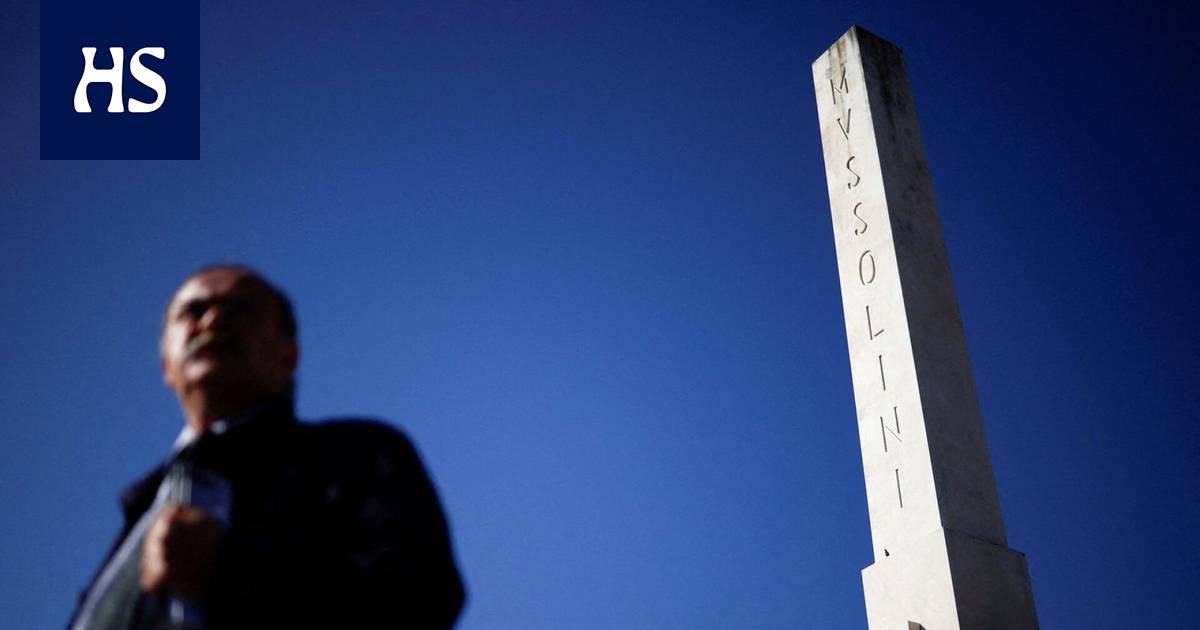 The new website lists more than 1,400 monuments, buildings and names.

Over 1,400 monuments, signs, buildings and street and school names honoring fascism have got their own website in Italy. This is the first time that we want to document in Italy Benito Mussolini (1883–1945) symbols of the early regime. These symbols still mark the urban landscape of Italy, both in Rome and everywhere else in the country.

Germany was systematically cleaned up Adolf Hitler of the symbols of the Nazi regime after World War II. Instead, the Italians removed the traces of Mussolini’s 21-year dictatorship with a much gentler hand.

A site called Places of Fascism – www.luoghifascismo.it – was published on Tuesday in Milan. Behind the site is the historical research institute Istituto Nazionale Ferruccio Parri, a politician Ferruccio Parrin named after the national institute. Parri was an Italian World War II resistance leader and politician who served as the country’s prime minister from June to December 1945.

For years already the goal of the ongoing project is to map the history of local and national “memorial places” during fascism from 1919–1945. The website states that the purpose is to identify and analyze monuments and names of buildings and streets that have been developed as “memorial places” of fascism during the fascist government or in the years after Italy’s liberation from fascism.

The research institute reminds that for the majority of the Italian population, monuments are present in everyday life without thinking about them in more detail. Instead, for example, the neo-fascists have taken the monuments and places as their own and use them to build a bridge between the present and Italy’s fascist past. According to the institution, the danger is that this way in Italy, “anti-democratic identity structures” will be developed again.

On the website several fascist landmarks in Italy are listed, for example the obelisk Mussolini the Leadera gigantic 36-meter marble obelisk built by Mussolini in Rome.

The 300-ton obelisk is located in front of the Foro Italico sports complex. When the sports center was built, finds from the time of the Roman Empire had been discovered at the site, and the fascists wanted to leave their own story of their achievements to future generations, just like the Romans.

So in 2016 it was reported, how gold coins and a text addressed to future generations had been found under the obelisk. The text written on parchment told about the rise of fascism and Mussolini’s exploits.

Fascistisia the website listing the memorials is still incomplete. It will be expanded when more suggestions are received from the public and the experts have time to check them.

According to the person in charge of the site, a dozen more proposals came immediately after the site was reported in La Repubblica newspaper on Tuesday.

in Italy has a complicated relationship with its fascist past, and it is now being examined more closely than usual, when the leader of the far-right Italian Brothers party Giorgia Meloni became the country’s prime minister last month. At the same time, Meloni appointed a government in the country, which is the most right-wing and value-conservative since the days of Mussolini.

Meloni has said that he was an admirer of Mussolini when he was young, and his party’s Italian brothers have their roots in Italian fascism.

Meloni has a strong far-right label, but he himself claims that he and his party have embraced mainstream conservatism. In August, Meloni said that “the Italian right handed fascism over to history already decades ago”.

Despite this, the Brothers of Italy party and its right-wing allies elected the Speaker of the Senate Ignazio LaRussana collector of Mussolini memorabilia.

La Russa has said, among other things, that the fascist salute was much more hygienic than a standard handshake.

One thought on “Symbols from the time of fascism began to be documented in Italy: The map now shows, among other things, a huge Mussolini obelisk”