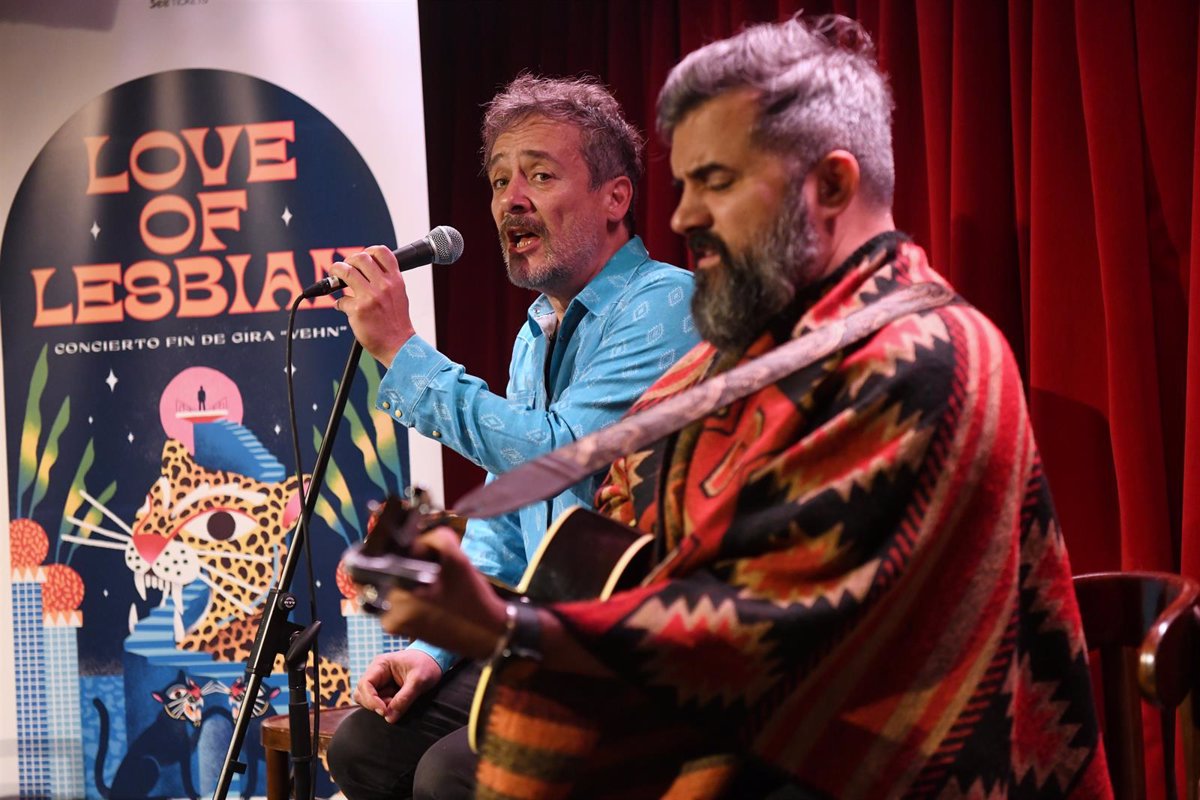 the catalan band Love of Lesbian has passed through Madrid to collect what is already his fourth gold record for ‘Epic Journey To Nothing’,an act held in El Ambigú of the mythical Pavón theater in the heart of Lavapiés and which has served to mark the date of next November 4, to close the circle and fill the WiZink Center as the icing on the cake to a journey that has just brought them on a tour of Mexico and that has led them to harvest repeated full houses in important squares.

The vocalist, santi balmes,has taken the floor to admit that in the first instance and by the time it came to light, they came to think that this album “was going to suffer a lot”, but in the end “it has survived well” until it became an “Epic Journey Toward the Whole”.

Picking up this fourth gold record gives “comforting feeling of fidelity and loyalty”both of them with their public and in the reverse direction of the contract.

And all in a musical context in which the listener changes the way he consumes compared to past decades, since music now passes through the fan in the form of a ‘playlist’, which makes it more versatile.

“My daughters’ playlists are insane, they go from Pixies to Quevedo. They haven’t followed anyone’s career in depth, but they are much more open than we are. Yes before you liked Iron Maiden you couldn’t like Depeche Mode“.

Regarding the Mexican tour, in which they have hung the ‘no tickets’ sign in the most important squares of the circuit, he has said that he has the feeling of having managed to build bridges with Latin America, something that should happen the other way around with groups from there when they come to Spain.

“We have the privilege of doing well there. Things that have happened to us on our street in Barcelona end up moving us in Mexico“, he indicated.

For his part, Julián Saldarriaga has recognized a certain vertigo. “It doesn’t stop being dizzying to be compared to other groups, with other styles. It seems that ours is like a quixotic effort, but we really want to refill WiZink and say goodbye to the album as it deserves“, he indicated.

Uri Bonet, on his side, wanted to thank the fans for another gold record. “It’s nice to see at concerts how the generations are growing and we still see younger people. It is something that rejuvenates“, he pointed out.

The quartet made up of Santi Balmes, Julián Saldarriaga, Jordi Roig and Oriol Bonet, concluded their most successful trip to Mexico to date this past October, with 14,000 tickets sold in CDMX and 3 of their concerts sold out in the Aztec country.