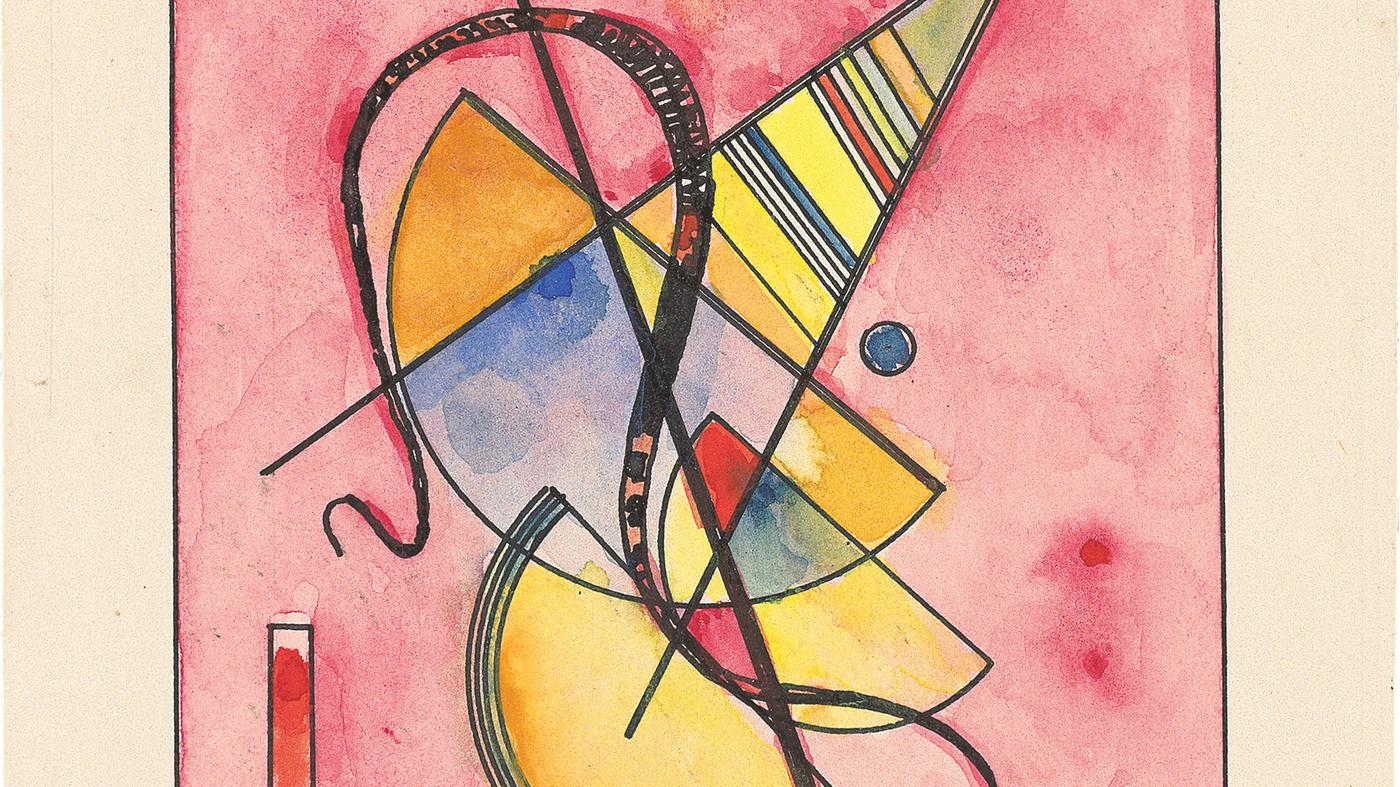 Rarely has an auction in Berlin made so many headlines: First, on Thursday evening in the Villa Grisebach, Max Beckmann’s “Self-Portrait Yellow-Rose” went under the hammer for an incredible 23 million euros. However, this much-discussed record sale did not stop there, the media coverage continued to roll over.

The reason for this is a small watercolor by Wassily Kandinksy, untitled, dated 1928. The quite beautiful, but not necessarily spectacular work achieved 310,000 euros. Instead, allegations by the Polish embassy in Berlin caused a stir: the Kandinsky was stolen goods, the picture was stolen from the Warsaw museum in 1984 – and Grisebach was aware of this.

According to eyewitnesses, two police vans drove up to the auction during the auction. The officials are said to have asked for the managing director of Grisebach. A statement from the Polish Consul Marcin Król states, “The provenance/history of the painting provided by the Grisebach auction house clearly indicates that the painting was in Polish public gatherings and, more importantly, the painting has ownership marks indicating indicate its origin from the National Museum in Warsaw.”

No “legal objections” according to Grisebach

It is undisputed that the picture was in Poland in 1984. However, depending on the interviewee, the versions differ as to how the work first ended up in an American collection and then in 1988 through the Munich Galerie Thomas in the possession of Maren Otto. According to Grisebach, Otto made the purchase in “good faith”.

When asked, a spokeswoman for the auction house also explained: “Grisebach first became aware of a possible theft from a Polish museum shortly before the auction through a message from the Polish Ministry of Culture. This notification was immediately taken as an opportunity to enter into a legal review. This led to the clear result that there were no legal objections to the auction.” The Polish government, unsurprisingly, sees it differently.

Poland’s Minister of Culture Piotr Glinski even went so far as to accuse the Grisebach auction house of receiving stolen goods in a tweet. According to Consul Król, the work was also reported to Interpol’s “Stolen Works of Art Database”. Whether this is true is still unclear. In principle, however, it is part of the standard procedure of an auction house to check this and other databases in the run-up to an auction.

Whoever is right in the end in this matter also influences who is allowed to take the picture home. Further legal examinations will have to show whether Maren Otto was actually “in good faith” when she bought her in 1988. And so the work, even if it was originally stolen goods, is now available on the market again under German law. Grisebach announced that they are aiming for a judicial review, until then further processing of the sale will be suspended.