Christofer Walken has deleted an original work by Banksy 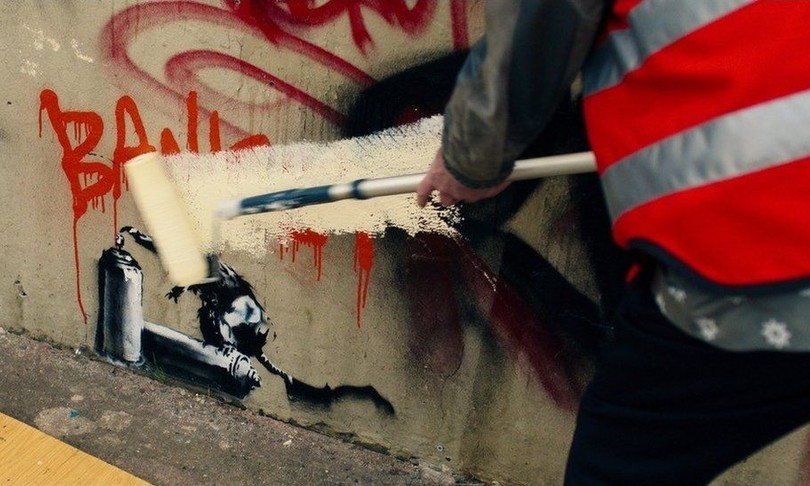 – An original Banksy, a mouse with spray cans painted on a Bristol wall, it was canceled by actor Christopher Walken during the filming of the BBC TV series ‘The Outlaws’. Not a dramatic oversight, though: the artist had agreed to make one of his graffiti on a wall used in the set so that in a scene of the final episode of the series the character of Walken would erase it with a coat of paint

“The artwork that appears at the end of ‘The Outlaws’ was an original Banksy and Christopher Walken painted on it during filming, destroying it, “a BBC spokesman said.

In ‘The Outlaws’, written and directed by Stephen Merchant, Walken is part of a group of petty criminals condemned to socially useful works that renovate a building.

In the last episode he discovers Banksy’s mouse and asks the supervisor if he should paint on it. The distracted surveillance agent is looking the other way, so he doesn’t realize he’s a Banksy and tells him that all the graffiti needs to be repainted, which he punctually does.

Banksy’s works can be worth huge sums, such as ‘Love In The Bin’ auctioned for £ 16 million in October.