Dani Rovira: “It would be a shame not to see it on the big screen” 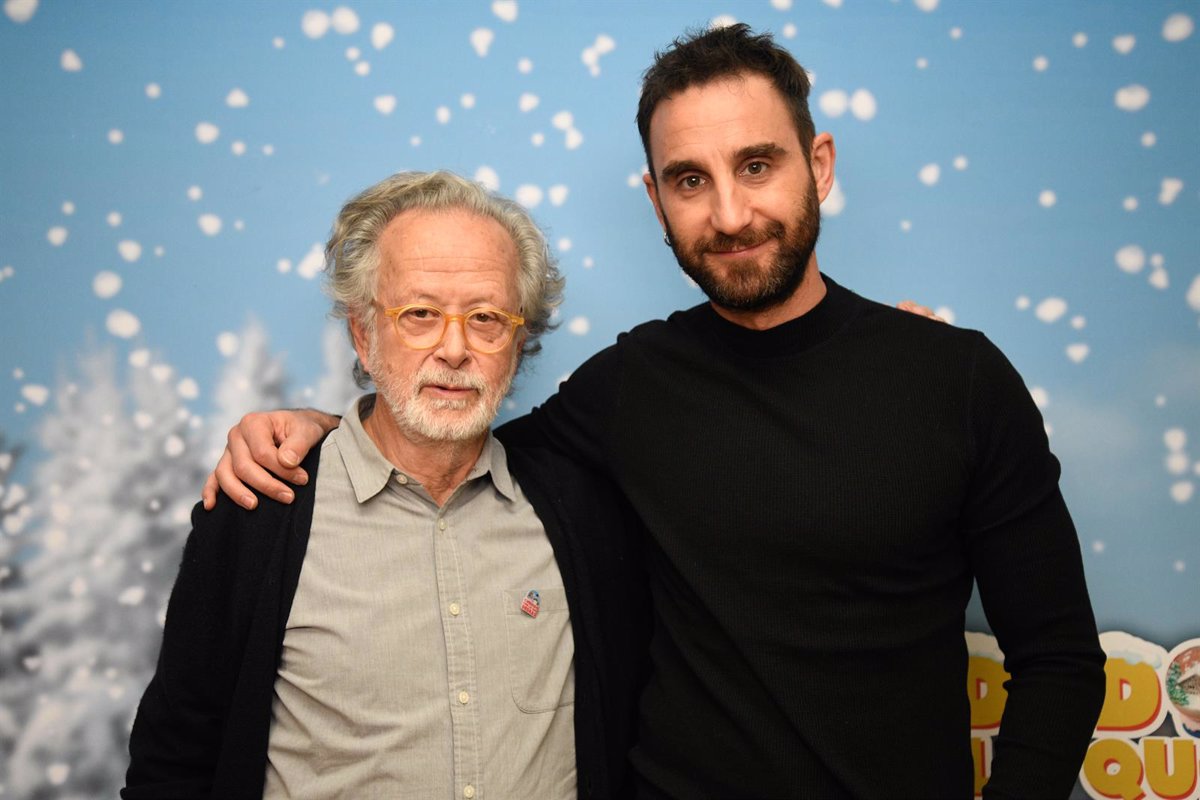 The film also winks at the grandparents and Rovira asks to prioritize their care as well as that of mental health, after the pandemic

Dani Rovira stars in Fernando Colomo’s Christmas comedy ‘Be careful what you wish for’, which opens in Spanish theaters next Friday, November 12 and later on Amazon Prime. “It would be a shame not to see it on the big screen“, stressed the actor.

In the same way, its director has affirmed that they did not consider releasing only on a digital platform because it is a film clearly designed for the Christmas season. “At one point the producer managed to get it to be in theaters only four weeks earlier –he added- He has an extraordinary invoice “.

Rovira plays a family man in “this magical Christmas story” and “a movie for the family”, one of the reasons why he “went head first” into the project. In any case, in an interview with Europa Pres, he added that his participation is due to something “multifactorial”: “The first thing of all was to work with Fernando, he had been playing the paw for a few years but due to dates we couldn’t. Then when they told me that José Sacristán and Cecilia Suárez were in the project, I really wanted to “.

‘Careful with what you wish for’ tells how Miguel’s children (Dani Rovira) steal the magic ball from their grandfather Benigno (José Sacristán) to give life to two snowmen who will end up sowing chaos during their Christmas holidays.

“It has been a very intense work, because we have been adapting the script a little to the circumstances and the actors, and that has given me a freedom to incorporate things that the actors have contributed, “said the director of the film.

For example, he has revealed that the dialogues between Rovira and Suárez are their contributions, as well as the phrases of José Sacristán, while “curiously” children are the ones who have adhered to the script the most.

‘Care for what you wish for’ also has the participation of Fernando Esteso, Guillermo Montesinos, Sonsoles Benedicto, and Rappel interpreting the companions of ‘Benigno’ in a nursing home.

“It is true that the residence that we drew is very cool, very friendly, but there is a glimpse of loneliness. At the moment in which the character of José Sacristán leaves with his family, the rest say “Jo, what luck! How to say: not us,” commented the protagonist of the film.

Likewise, she has indicated that she would like the public after seeing her in theaters, “apart from laughing and having a good time”, to say: “Let’s call grandpa“.

In addition, he has affirmed that with the pandemic the elderly have been the population group “most unfairly harmed” and has described the situation as a “nightmare”.

“I am not a politician, but we should prioritize caring for our elders, like mental health, because it seems that it is something that is not given importance but after this pandemic, many people need it “, has highlighted the protagonist of ‘Be careful with what you wish for’.