About a month after the storm: That’s how Tom Cruise was photographed 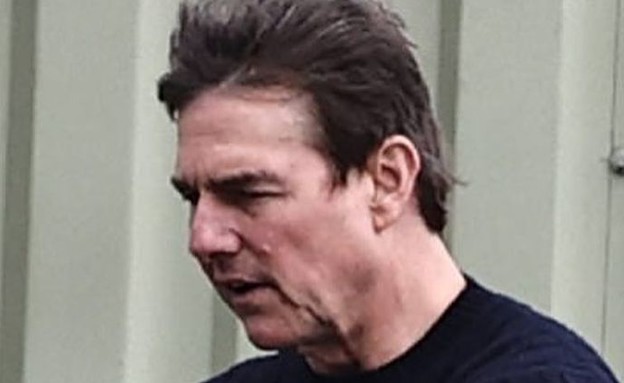 Earlier last month gossip columns erupted around Tom Cruise’s new face. The star was photographed in a well-publicized baseball game with an incredibly swollen face, and since then the entire network has been wondering what happened to the star’s face. Now that the winds have begun to calm down – Tom has been photographed again, and he looks better than ever.

The 59-year-old hot star was photographed at a landfill in Cambridge, England, just before entering a flight lesson ahead of the filming of “Mission Impossible 8.” Tom wore a blue sweater and dark jeans, and the knotted look he closed with flattering black boots. Tom smiled at the cameras and looked vital, positive, and downright bloated.

Remember, last month the star Came to watch a baseball game, and during the game the cameras lingered on the star sitting in the crowd. Tom waved a smile to the cameras and excited fans, but the network wondered who the smiling man was and what syringes had passed him. The star is seen in the video with his face much more swollen than usual, and his facial expressions “hard and inflexible”, according to some surfers. Many on the net wondered if it was a few pounds added to Tom’s face or a cosmetic supplement that appeared on his face – and began to discuss the issue.

“Tom, what did you do to your beautiful face? I was so disappointed when I saw you in the game. Stop throwing shit in your face!”, One surfer advised, and another added: “Tom Cruise ruined his face in an attempt to look ‘boyish’.” Many surfers stood up against the vicious allegations made about Tom and expressed their anger and support for the star. “I’m tired of people slandering on Twitter about people’s weight fluctuations. People are allowed to gain and lose weight, it’s enough to be manophobic.”

Tom Cruise becomes latest Hollywood star to ruin his face with fillers in an attempt to look “youthful”. pic.twitter.com/uHNkeAWtmq