The art market in Italy is worth four billion euros 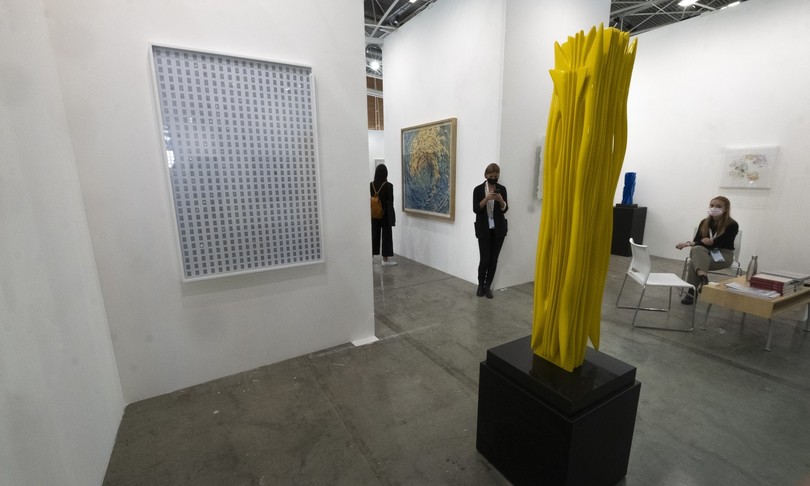 The art industry in Italy generates a turnover of 1.46 billion euros, with a total economic impact on the country of 3.78 billion induced, and employs around 36,000 people in the entire production chain. On a European level, Italy represents 2% of the market with respect to the value of sales of works of art, a share that rises to 6% with the exit of the UK from the EU.

These are the main data of the research “Art: The value of industry in Italy”, carried out by the Nomisma Observatory and promoted by the Apollo Group, with the collaboration of Intesa Sanpaolo, and presented today in Rome. About 4 thousand modern and contemporary art galleries, antique dealers and auction houses represent some of the fundamental elements of the variegated Italian artistic mosaic, also made up of ancient and modern professionals such as those of restorers, consultants, logistics operators, insurance companies, national and international fairs and the world of academia.

The research was presented at Palazzo Rospigliosi in the presence of the Minister for Cultural Heritage, Dario Franceschini, General Roberto Riccardi of the Carabinieri Command for the Protection of Cultural Heritage and the Director General of the Uffizi, Eike Schmidt and the Art Advisory and Fair Value (Art, Culture and Historical Heritage Department) of Intesa Sanpaolo, Antonella Crippa.

The study, the first of its kind, aims to take a snapshot of the art market in Italy and its economic and employment impact on the country. Promoter of the initiative, the Apollo Group represents the art market in Italy and brings together the Italian Federation of Art Merchants, the National Association of Modern and Contemporary Art Galleries, the Antiquarians Association of Italy, the National Association Auction Houses, Logistica Arte, Phillips, Christie’s, Artcurial, Bolaffi, Wannenes, Bonhams, Sotheby’s, Il Ponte, Dorotheum, Shipping Team, and Arteria.

To estimate the real value of the art industry in Italy, the research considers the entire universe of operators who gravitate around the supply chain. The highly specialized sector believes that the main challenges facing our country are regulatory simplification, the reduction of the training-world of work gap and digitalisation. Winning them means allow Italy to regain its role as a “beauty factory” in the world.

In 2019, the turnover of auction houses, galleries, antique dealers and art dealers reached 1.04 billion euros, to which must be added 420 million euros from logistics, publications, insurance, fairs, education and restorers. For every euro of the turnover recorded in the art market, according to the multiplier effect calculated by the Nomisma researchers, an output of 2.60 euro is estimated, thus justifying the enormous overall economic impact on the country, equal to 3.78 billion euros. In this scenario, the Covid-19 pandemic has had the effect of accelerating some processes already highlighted in the sector, such as specialization and digitalization.

The most virtuous and competitive companies emerge, able to specialize and adapt to the needs of the national and international market. The economic contraction caused by the pandemic has prompted realities to further implement digitization.

For example, compared to 2015, when only for 1 company out of 10 revenues from online sales accounted for more than 10%, it is estimated that by the end of 2021, 7 out of 10 companies will increase their turnover thanks to digital technology. The digital development of the sector has also made it possible to keep transactions stable: on average each operator made 221 transactions in 2020, compared to 224 in 2019. Covid-19 has only partially compromised the sector’s projection on international markets, so much so that in 2020, the contraction recorded in foreign turnover fell by only 3 percentage points compared to 2019.

Last year, the total and partial lockdowns, the cancellation of events and exhibitions impacted the turnover of companies and the growing demand for credit, affecting 33% of them. In 2021, the economic and financial emergency situation does not yet seem to have receded, so much so that 40% of companies recorded a greater need for credit for the continuation of their business.