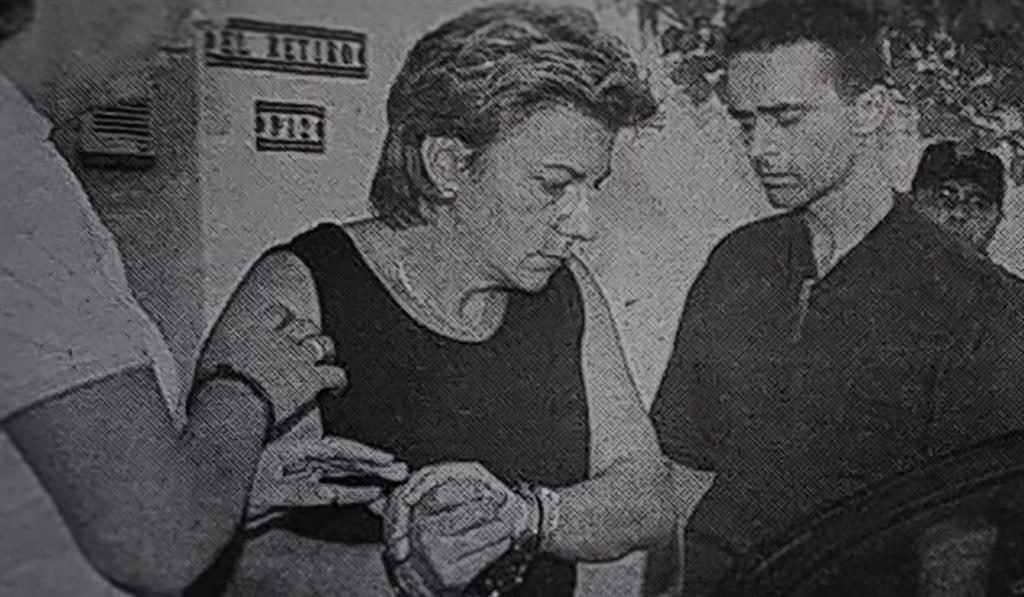 This Wednesday June 23 Netflix premieres ‘The Wanninkhof-Carabantes case’, a documentary written and directed by Tania Balló (‘Las Sinsombrero’) which analyzes the “media circus” and the “lesbophobia” that took place in the parallel trial that was lived in one of the most famous cases of the Spanish black chronicle of the last decades and that ended with the conviction of Dolores Vázquez, who had been a partner of Rocío’s mother, Alicia Hornos, in a court ruling that years later was proven wrong.

The murder of 19-year-old Rocío in September 1999 led to the arrest of Dolores Vázquez despite the lack of evidence. After her conviction, the defendant spent 17 months in prison but years later the crime of Sonia Carabantes, perpetrated in 2003, was the key to finding the true culprit of both crimes, Tony Alexander King. Vázquez was the ex-partner of Wanninkhof’s mother and the production directed by Tània Balló analyzes how her sexual orientation and appearance gave rise to a “media circus” that played against her when she was convicted in court and by public opinion.

“To Dolores Vázquez they recommended him several times to change his appearance, to be more friendly. They told him to try to smile at the trial, “Balló recounted in an interview with Europa Press. The chronicles of the moment described Vázquez as an authoritarian, stout woman who practiced karate and was cold in front of the cameras. “The image of Dolores Vázquez was fundamental for her conviction, but what image are we talking about, what it really was or what was built?“, he wonders.

“She didn’t come out smiling, but the one she was falling was not to be happy about. Let’s not forget one thing, she had just lost a person she loved very much. Rocío Wanninkhof was a girl I had seen grow up“, highlights the director, who defends that the defendant was not” aggressive or dominant. “

Beatriz Gimeno, who participates in the documentary, named the social phenomenon that ended Vázquez in prison: ‘The construction of the perverse lesbian ‘. In this book published in 2008 and whose idea is followed by Balló in the documentary, it is discussed how lesbophobia and the masculinization of the accused had a lot of weight in her destiny. “Dolores made the decision not to play the stereotype game “, the director points out. “In the game of symbology, his physique was decisive,” laments Balló, who reveals that he tried unsuccessfully to contact Vázquez to participate in the documentary.

“I presented this project knowing it was impossible. He already knew that his conviction is to stay in a place of silence. I respect it, share it and understand it. This silence consolidates the thesis of the serious consequences of this case, “admits the creator, who denounces that Dolores was never financially compensated for her time in prison.”Beyond compensation, we ask for a public pardon, but I think a lot about what that public pardon would be like. How do we imagine it? It is a gesture that we do not have identified as a society“, he reasons.

ALICIA HORNOS, A VICTIM WHO COULD NOT TAKE CARE OF

Alicia HornosWanninkhof’s mother, argued from the beginning that Vázquez was guilty, a discourse that he has maintained in his interventions in the media in recent years. The documentary explains that, In the absence of physical evidence, the first hypothesis adopted by the authorities was that of the misnamed crime of passion., which focused all eyes on Vázquez.

“A Alicia Hornos for a year no one told her what had happened to her daughter, no one could explain what had happened. The Civil Guard told him it was Dolores Vázquez, they did not leave him a choice. They convince her of that deal. The police and the Civil Guard at that time assumed that this was the case, “he says. “From there, Alicia Hornos was a necessary agent so that this private story was transferred to public opinion“, analyzes the filmmaker.

However, Balló believes that society “did not know how to protect or care” for the victim’s mother, who had no opportunity to overcome the grief “in a space of privacy.” “It was used, it was put in the front line because its story was needed and that story was manipulated“, defends the director, who clarifies that Hornos is” a victim “of the notorious case.

THE PRESUMPTION OF INNOCENCE, THE PENDING SUBJECT

The journalistic treatment of the case of Rocío Wanninkhof uncovered one of the great failures of the system: the handling of the presumption of innocence. “We must take it very seriously, we have it absolutely trivialized, It seems that it is not an essential right “, denounces the Catalan.” Reality shows us that, every so often, unfortunately there is a new tragedy and a new media circus is generated around it, “he values.

“We have improved in some aspects, we have a slightly more critical citizenry,” says the interviewee, who invites journalism to “reflect” on the coverage of the black chronicle. “There should be lines that cannot be crossed“, he comments.

The Barcelona woman also highlights the impact that ‘true crime’ can have in the collective imagination, appealing to the responsibility of creators not to “re-victimize” women or place them in vulnerable situations. “He has worked hard not to generate spaces for panic,” he explains.

‘The Wanninkhof-Carabantes case’ arrives on Netflix this Wednesday, June 23.