At the height of the fight with Brad: This is how Angelina was photographed 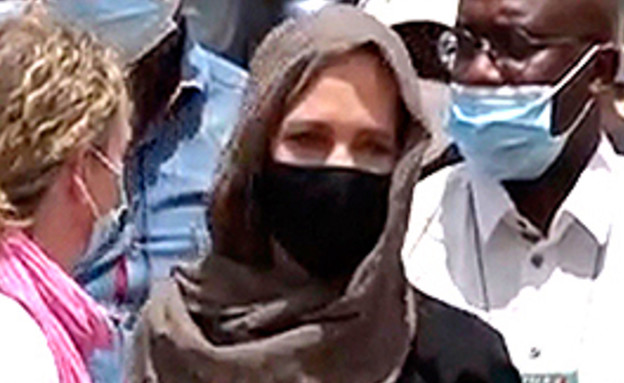 A new government has been formed, the first coalition drama in the making, and the entire State of Israel is holding fingers that there will be no dramatic changes in the political sector. Interior Minister Ayelet Shaked has already taken advantage of her position and stated that she will work to return the refugees who came to Israel back to their homes, but Hollywood star Angelina Jolie is working hard this week on the global refugee issue.

Angelina spent the last few weeks in New York with her children, and on Sunday she arrived in Burkina Faso, a country in West Africa where more than 22,000 refugees arrived. Angelina took advantage of International Refugee Day for the important visit to the country, talked to the people who are being drafted in the camp, and managed to bring hope to our hearts.

“There is no place in the world that I would rather be in here, with refugees, the people I most admire in the world,” Angelina said as she spoke with a scarf over her head. “We must wake up to the path we are treading in the world. There is so much Conflicts are raging, and there is a very real possibility that climate change will force tens if not hundreds of millions of people to leave their homes in the future, with no way back. “The way the international community is trying to deal with the conflict and the insecurity is completely broken.“