Leticia Dolera says goodbye to Perfect Life: “The feminist label does not seem bad to me, but the series talks about human beings” 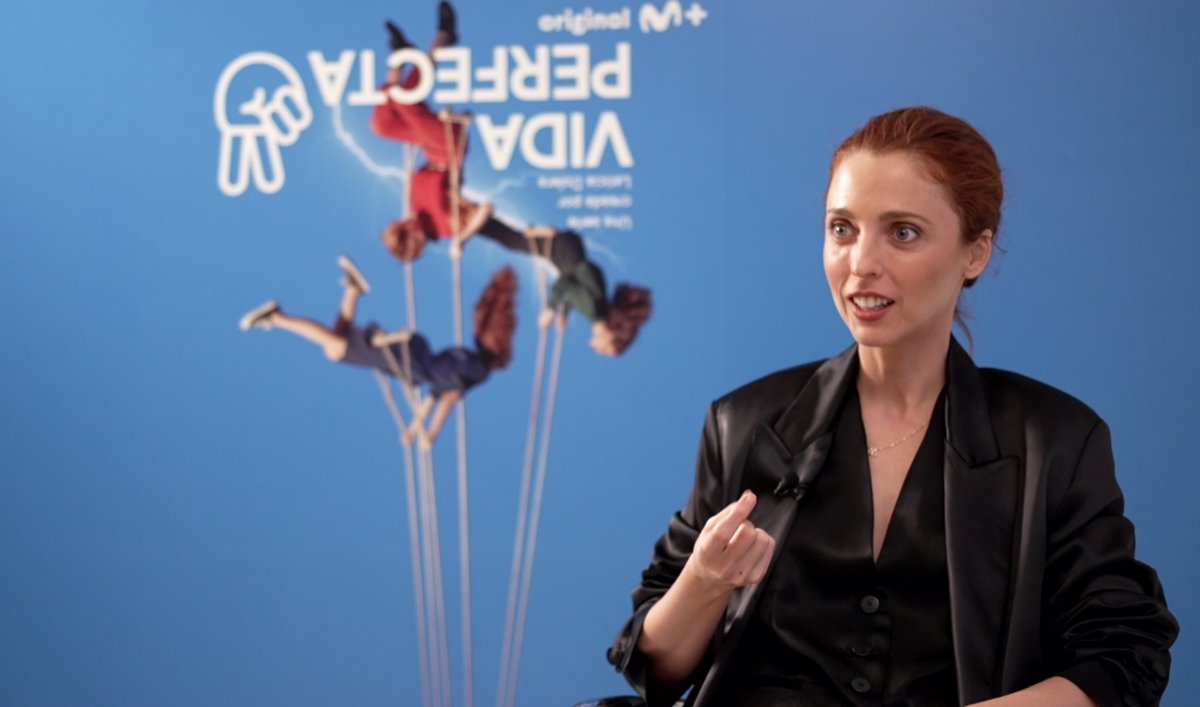 It is Friday, November 19 came back ‘Perfect life’, the series written, directed and starring Leticia dolera placeholder image which premieres its second and final season in Movistar +. And it does so with six new chapters featuring a “more reflective” tone in which, after the “catharsis” of the first season, the story stops more “in the internal drama of the characters“. This is what Dolera herself anticipates, who does not close the door to take up again in the future the adventures of her character María, her sister Esther (Aixa Villagrán) and her friend Cristina (Celia Freijeiro).

“I don’t know if I’ll pick it up again. As the series says, ‘Life keeps turning you around,’ so … Who knows if in five years time I feel the need to take it up again and knock on Movistar’s door and propose it?“, Dolera leaves in the air in an interview granted by Europa Press in which he assures that putting an end to ‘Perfect Life’ after this second season has been his decision.

And it is that the director of ‘Requirements to be a normal person’ now wants to experiment with other stories and, in addition, wants to leave his characters “exactly where they are now, they must be there for a while”. “They have to stay where I left them in the last chapter and I have to live other things “, summarizes the actress, director and screenwriter who in this second season tackles female taboos such as postpartum depression suffered by her character, but also “universal” conflicts such as the fear of loneliness, the means of commitment, maturing or even going to therapy.

Precisely for this reason, although he does not deny it, labels such as “Leticia Dolera’s feminist series“It falls a bit short when it comes to talking about everything that encompasses ‘Perfect Life’.”To me about the labels … if they had to bother me, I would be worried all day to see which one is going to be next. No, it does not bother me. In fact, the feminist label does not seem bad to me, it is not pejorative but this series talks about human beings, “explains Dolera, who regrets that” the fact that they are women still seems to surprise us, but it talks about human bonds, relationships. of a couple, of fears … they are universal themes “.

“But it does have women at the center, and as today the data tells us that we are not yet on a level playing field in that sense, that’s why maybe they put the label of feminist“, explains the filmmaker.

A vision, that of a story not only starring, but also created, told and led by women, which “completes” that another narrative perspective, the masculine one, “which we have been told for years and years” and which is already “boring”, assures Aixa Villagrán. “I’ve been seeing the same formula all my life and I’ve found it interesting, but there comes a time when I need women’s stories. Now I see a movie or a series like the ones from before that are all gentlemen … I get bored“proclaims the actress who returns to give life to the crazy Esther, who will have to continue dealing with” the adolescent “and” the punk “that is inside her.

“Without that other look, the story is incomplete. And when you complete this story, it affects the other vision and makes fiction, stories and art evolve. It is necessary and very much necessary that there are stories created, led and born from the concerns of a woman. A fiction created and constructed by women but for everyone, for men and for women “, proclaims Celia Freijeiro, who takes up her role as Cristina, the protagonist’s married friend with children who in this second season “leaves her comfort zone” to try together with her husband to “experiment” and “rediscover as a couple” in an effort to confront each other. to “everything that is happening to them “and to the harsh reality that” something in their relationship is not working“.

And it is that, both protagonists stand out, one of the hallmarks of ‘Perfect life’ it is that he continues to flee from “paternalisms” and faces the problems and experiences of his characters “unsweetened” and in a “crude” way. “This series delves into the darker side of the characters, their shadows, which I find very interesting and very necessary, because many times they tell us the stories from a very friendly place, which is very good to entertain … but there are times when I want to be educated a bit, make me question things and make me think “, Villagrán sentence.