The Buenos Aires Poetry Festival kicks off, a new scale in the poetic fury 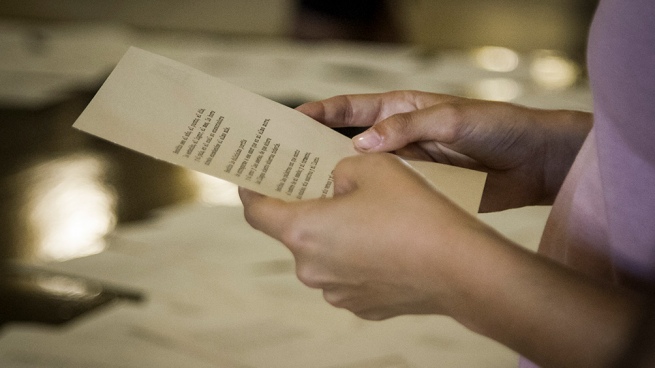 In hybrid format and with the participation of guests from different latitudes, from tomorrow until Sunday there will be a new edition -the number 15- of the Buenos Aires International Poetry Festival (FIP), a new scale of a move that magnifies the resonance of the genre through encounters, the emergence of specialized labels and perfomatic crosses that revalidate the relevance of this language to accommodate the impact of the pandemic loss, although as Graciela Aráoz, the organizer of the cycle, warns , “poetry was always alive, resisting, standing, never bowed”.

The echoes of the Rosario International Poetry Festival that culminated its 29th edition days ago and the poetic calendar traces an imminent offer of talks and workshops that in parallel sequence will take over the facilities of the Recoleta Cultural Center and will summon from the screens to think about the different dimensions of the poetic exercise: as a record linked to the enigma and resistance, but also the ruthless and stark that emerges in works such as that of the Uruguayan Cristina Peri Rossi, recently awarded the Cervantes Prize.

“I am from another part, another body, another gulf / so that they understand me / so that they do not understand me too much / by shortcuts and digressions / I write, A clean hand. Cross country” says the storyteller, translator and poet Luisa Futoransky, that 60 years after the publication of his first book, he will leave his home in France for a few days – where he has been living for 40 years – to participate in the opening activity, tomorrow at 6:00 p.m. at the Recoleta Cultural Center. The Swiss performer and poet Heike Fiedler and Hussein Habass, from Kurdistan, will also be there. In parallel, the Cuban Reina María Rodríguez and the Mexican José Javier Villareal will be virtual.

Under the slogan “Listen with your imagination”, the FIP will meet again with the public after the silence imposed by the pandemic in 2020, precisely a year in which, faced with the estrangement and uncertainty that the coronavirus installed, the poetic experience took shape in different initiatives such as “Poetry on your couch” -promoted by the Spanish Elvira Sastre and with a local version by Tamara Tenembaum and Claudia Piñeiro, Hernán Casciari, Tomás Rosner, among many authors- or in the numerous volumes of the genre that were added at this time as “A time without destiny (fragments of a speech in pandemic)” by Sara Cohen and Osvaldo Picardo, “Decalogue for a wedding”, by María Paula Zacharías “o “A year without sleep”, scored by Raquel San Martín when we have the information.

“In this pause of meetings, there have been no lack of expressions of beauty on balconies around the planet and videos that traveled the world. Beauty accompanied us to bear the weight of reality”, highlights in dialogue with Télam the philologist, poet and researcher Graciela Aráoz, organizer of the FIP, whoUntil next Sunday, it will gather guests from Argentina, Japan, Canada, China, Spain, Switzerland, Japan, Palestine, Italy, Sweden, Uruguay, Mexico, Chile and Colombia.

“Poetry resists”, “Beyond words”, “Poetry and its perfect imperfect”, “There is no city without poetry” or “Beyond words” are some of the guidelines that this succession of exchanges will have among poets from different latitudes, including Laura Wittner, Lila Zemborain, Paula Maffia, Cristina Pérez, Elena Annibali, Verónica Merli, Mario Sampaolesi, Beatriz Schaefer Peña, Alejandro Berón, Lidia Vinciguerra, Valeria Pariso, Juliana Calvo and Claudia Melnik as local credits, along with international credits such as Ming Di (China), Fernando Herrera Gómez (Colombia), Diane Régimbald (Québec, Canada) or Álvaro Ojeda Bentancor (Uruguay).

The hybrid The format will be versatile to accommodate a heterodox program that includes talks, performance experiences, jazz segments or African-American rhythms, a fusion of registers and languages ​​that implies a position on the notion of the poetic: “The Festival takes a broad concept of the sense of the poetic. That is, it does not focus solely on the reading of works of poetry, it integrates all the disciplines of art and that is why poetry is also in music, performance, other genres and in everyday life in we generally find poetry, “says Aráoz.

“In other editions, to cite an example, an action has been carried out in subway stations, entitled ‘Letters on demand’ and there passersby requested letters to their loves, parents, children and very moving situations, that is also poetry Or take poetry and poets to a fruit, vegetable and meat market, “he says.

The FIP is one of the initiatives that today illustrates the centrality and persistence of poetry, but not the only one in the making these days: This same weekend the 14th edition of the Mar del Plata “Poetry Festival” will also take place from Mar del Plata, while today the Latinale, a traveling festival of Latin American poetry, is starting from the German city of Berlin which celebrates its 15th edition with a program focused on translatability and the transformation of languages.

Simultaneously with the offer of meetings, recitals and performances that give rise to poetry, numerous editorial news linked to the genre -either with exclusive dedication or in flirtation with other literary formats-, some of them emerged in specific collections or in publishing labels such as Caleta Olivia, which has just launched “Send me your poems and I will send you mine “, in which the writer Fabian Casas brings together a series of spontaneous poems that he sent through that application to a group he had with his brothers and to another with some friends from La Plata.

In parallel to these established poets, it is possible detect another kind of journey, urgent and plebeian, where the lyric is written through social networks, one of the most used formats to publicize poetry, a practice that Santiago Llach records in his “Manifesto of the literature of the self”: “The digital giants gave literature to the common people. / While we persist in the whim of the delay and pause, / Instagram poets post their epiphanies / and tweet poets invent heteronyms / and facebook poets discover / the open veins of their sensitivity “.

“Poetry has always been given by groups, with names that have had different aesthetics. It has always been these groups throughout the country that have campaigned for poetry and poets. Festivals, meetings, cycles, have always been an imprint of poetry: in our city this has marked a characteristic, and always with a large audience “, Aráoz points out.

“That poetry is being recognized, the genre of genres, with prizes such as the Nobel, Cervantes, Princess of Asturias of letters, among others, is not a boom: it is a consecration to militancy and not silent,” he explains the director of the FIP. And then he quotes the writer and critic Ricardo Piglia: “We narrators look at poets with respect because they work with language at its most perfect point. Poets have an absolute disregard for the relationship between truth and majority, poets build communities that they seem microscopic, but they alter the basic relationships with language. Poets have an ethic, language is the object of their experimentation. “

In what way does this current explosion of poetry allow us to anchor or deepen some feelings or sensations that during the bloodiest phase of the pandemic were in a state of lethargy or loss?

“We find ourselves with the mystery of poetry after so much pain and loss where we have deeply reflected on the world and its meaning. We decided to bring the words closer to it and let beauty circulate among us, says Aráoz. And remarks:” Poetry was always alive , resisting, standing, never bowed “.

To consult the complete program of the Poetry Festival, you can enter the link.