Fifteen premieres for the season of “reconstruction” on the CDN 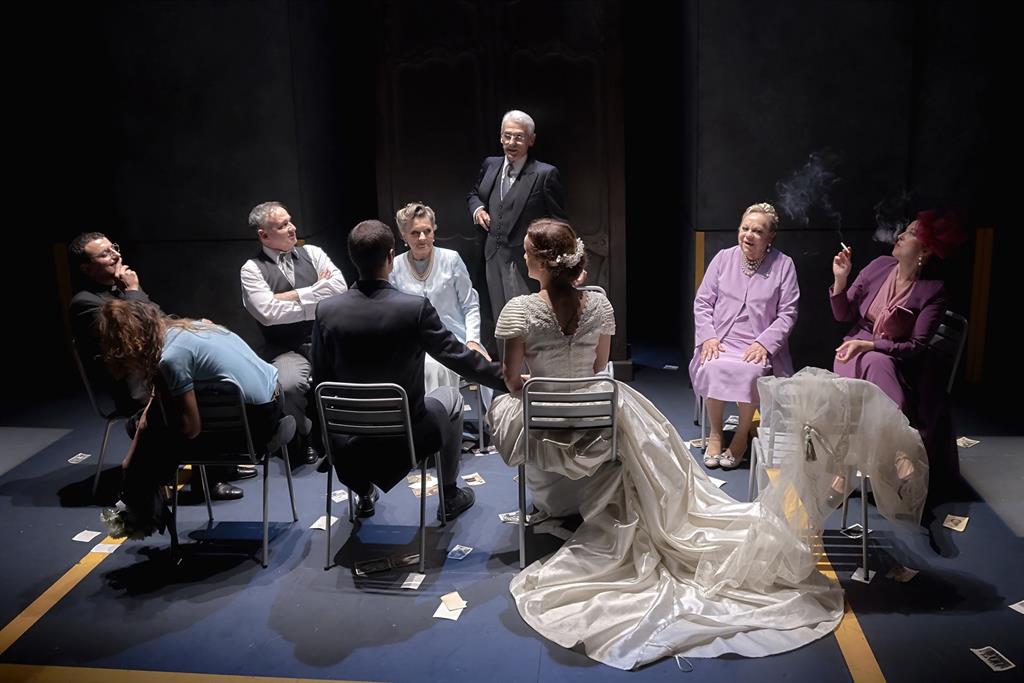 The National Dramatic Center has presented the programming for the 2021-2022 season, made up of a total of 27 shows –15 of them absolute premieres-, which has been qualified by the general director of INAEM, Amaya de Miguel, like the one of the “reconstruction”.

Also included here are the work resulting from the sessions of New Dramatics (between eight and eleven years old), ‘Moon on Mars’, with text by Jordi Casanovas and direction by Dan Jemmett; Carolina Africa’s new proposal ‘The Pythagorean notebook’; a love story in sign language code: ‘Basic sign language manual for breaking hearts’by Roberto Pérez Toledo; the unpublished work of Juan Mayorga ‘El Golem’, which will be directed by Alfredo Sanzol; ‘Supernormales’, an acid comedy written by Esther F. Carrrodeguas and ‘Blast’, the new work of Teatro En Vilo.

Under the co-production format, the National Dramatic Center will host a total of nine titles: ‘The Quest’, a foray into the fragmentation of Europe by Belgian creator Cédric Eeckhout; ‘NEVERMORE‘, Chévere’s new project; ‘The last night of the world’, by Laurent Gaudé y ‘BROTHERHOOD, Fantastic tale’, by Caroline Guiela Nguyen, about the memory of the disappeared people; ‘Rif (from lice and mustard gas)‘, by Mariano Llorente and Laila Ripoll, about the Annual Disaster of 1921.

They are also co-production ‘Inloca’, the new proposal by Ana Vallés, performer and creator of Matarile; ‘Mother tongue’, a project by Argentine Lola Arias; ‘Those who clean / As they clean’ Y ‘The phonies’, a reflection on reality and fiction by Pablo Remón.

Other shows by invited companies complete the program: ‘Imitation of Life’by the Bulgarian company Proton Theater directed by Kornél Mundruczó; ‘Dragon‘, by Guillermo Calderón, with the Chilean company Fundación Teatro a Mil; the Catalan formation La Calòrica will be with ‘Las aves / Els ocells’; ‘Song to go home’, a proposal that unites the T de Teatre with Denise Despeyroux; and a free version of ‘Hamlet’ by the Peruvian director and playwright Chela De Ferrari.

From the CDN they have highlighted that during the pandemic the occupation of the stages has been maintained at 85%. De Miguel thanked the public for their loyalty and for having “recognized the effort.” “They have found safety and refuge in our theaters“, has added.

For his part, the director of the CDN, Alfredo Sanzol, stated during the presentation that “the trauma of the pandemic has left a society in need of reconstruction.” “And in this reconstruction the National Dramatic Center is involved, with an audience that has defended community art with its presence, as a place of encounter and salvation.“, it is finished.