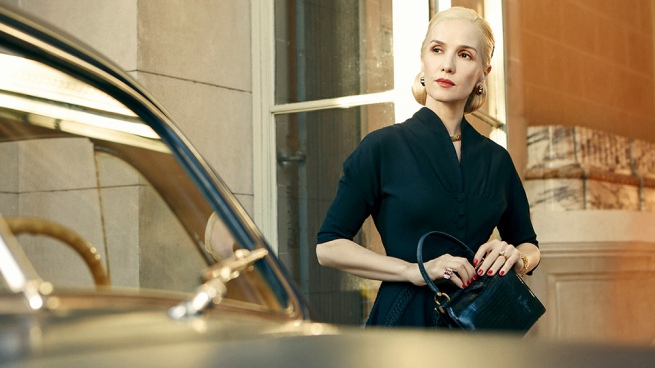 Within the framework of the ninth edition of the Gabo Festival, Rodrigo Garcia Barcha, filmmaker and screenwriter and son of Gabriel Garcia Marquez, spoke with Ezequiel Martinez, brand new director of the Buenos Aires Book Fair e hijo de Tomás Eloy Martínez, about the next premiere of the series “Santa Evita “, in Star +, and “News of a kidnapping“, on Amazon Prime, based on respective books, and together they addressed the possibility that literature and audiovisual language coincide and on how to work adaptations to respect the essence of a text but without giving up entertainment.

The writer Margarita Garcia Robayo, moderator of the talk that took place by videoconference, referred to “Santa Evita”, by Tomás Eloy Martínez, and “News of a kidnapping”, by Gabriel García Márquez, as “two immense novels that will reach the screen“And, although he stated that the adaptations are already proven cultural products, it was not very clear to him what the differential of a series was for the cultural industry. García Barcha – director of films such as” 10 small love stories “or” Nine lives “and head of the adaptations of” Santa Evita “and” Noticia de un kidnapping “- considered that the success of the format is due to the fact that there is an empty space for dramatic stories for adults.

“The cinema has abandoned this type of production because the price of distributing and promoting a film is immense. So, thestudios and platforms tend to look for films for young people who are the ones who go to the cinema the most“, explained García Barcha about why he estimates that both novels will be successful in the serial format.

I am clear that some will love the series (“Santa Evita”), others will hate it and some will seek me out to kill me. The essence is Evita’s passion and that will be present. Rodrigo Garcia Barcha

Later, García Robayo recalled her days as a collaborator with the Tomás Eloy Martínez Foundation when, together with Ezequiel Martínez, they worked on putting together the writer’s archive. He said that they found a lot of material and that they laughed about the level of detail and dedication with which the author of “Santa Evita” investigated.

“I think it was decisive for both Gabo and my father having worked as journalists. They understood the importance of credibility in a story“Martinez analyzed.

García Robayo consulted García Barcha about the process of adapting a novel to the cinema. “Everything is representation”, the film director warned with determination, “even Gabo’s decision to tell it with a journalistic detail or Tomás Eloy Martínez’s decision to write ‘Santa Evita’ with a format that feeds the myth: he knew that fiction and reality mixed and fed back “.

Later, he assured that the case of the two fictions interested him to maintain a DNA and explained how they worked to achieve it in the two stories: “We wanted ‘News of a kidnapping’ to be very real, that when someone died that would have a weight to avoid a series of mass murders. And for that, it was necessary to do a job of adapting: scenes were taken, the orders were changed, characters were combined because, ultimately, the important thing is to express the soul of the book. In ‘Santa Evita’, on the other hand, the author took literary licenses to reflect the madness that was unleashed after the death of Evita and that allowed us to make some adaptations to be in line with that essence “.

García Barcha recalled that during the filming process of “Santa Evita” he traveled to Buenos Aires and, minutes after landing in Ezeiza, he came across posters and graffiti of Eva Perón and that it was only then that he took on the dimension of what he was going to do today. render in string format.

Later, the writer consulted Martínez about how he would think the Argentine public would interpret the series: “It’s fiction. In ‘La novela de Perón’ my father was very attentive to the word ‘novel’. In ‘Santa Evita’ this is not it happens but, even though there is a lot of research and archiving, there are many invented elements that are camouflaged with the real story. “And he estimated that, although he has not yet seen the chapters, the series will make use of that freedom when inventing to adapt the novel to the cinematographic language.

At that moment, García Barcha burst in with a comment about how reality and fiction maintain a dialogue so fluid in Latin America that sometimes it seems to erase the limits: “It’s incredible. In our countries there is an immensity of things that you never get to know how they actually happened. And, far from being a void, that’s an incredible breeding ground for all kinds of creation. Martínez felt challenged by that line of reasoning: “Yes, I totally agree. My father used to refer to black holes, everything they hid and that they could be a great place to anchor fiction.”

García Robayo consulted the director on how he planned to face the opinion of the viewers of “Santa Evita”, since it will deal with the great myth of Argentine political culture. “I am clear that some will love the series, others will hate it and some will seek me out to kill me. The essence is Evita’s passion and that will be present. And well, doing something with conviction always implies that someone is going to get angry, “he confessed.

Later, he clarified that audiovisual language and literature are very different experiences and that it is complex to assimilate them, that the best thing is for each one to run through their channel and build bridges: “The audiovisual world is super concrete and the challenge is to put magic on it, a energy that transcends images that are ruthlessly concrete. And in a book, instead, the goal is to make words make images. “

Martínez, for his part, clarified that it is useless to compare a book and a series. “These are experiences that cannot be compared. As the next viewer of the series about my father’s book, I am very interested in the freedom of translation,” he said.

To close the talk, the writer asked them to choose, for pleasure and whim, a favorite book by each of the Latin American authors. García Barcha chose “Santa Evita” by Tomás Eloy Martínez and “One Hundred Years of Solitude” by García Márquez. Martínez refused to choose one of the Colombian author because he said he fondly remembered the exact moment in which he read each one and even the edition. When choosing one of his father, he mentioned “Purgatorio” which, according to what he said, he corrected with the author. “We did it together and that ties me romantically to that work forever,” he recalled.