Hailee Steinfeld: “Being part of the Marvel Universe is quite surreal” 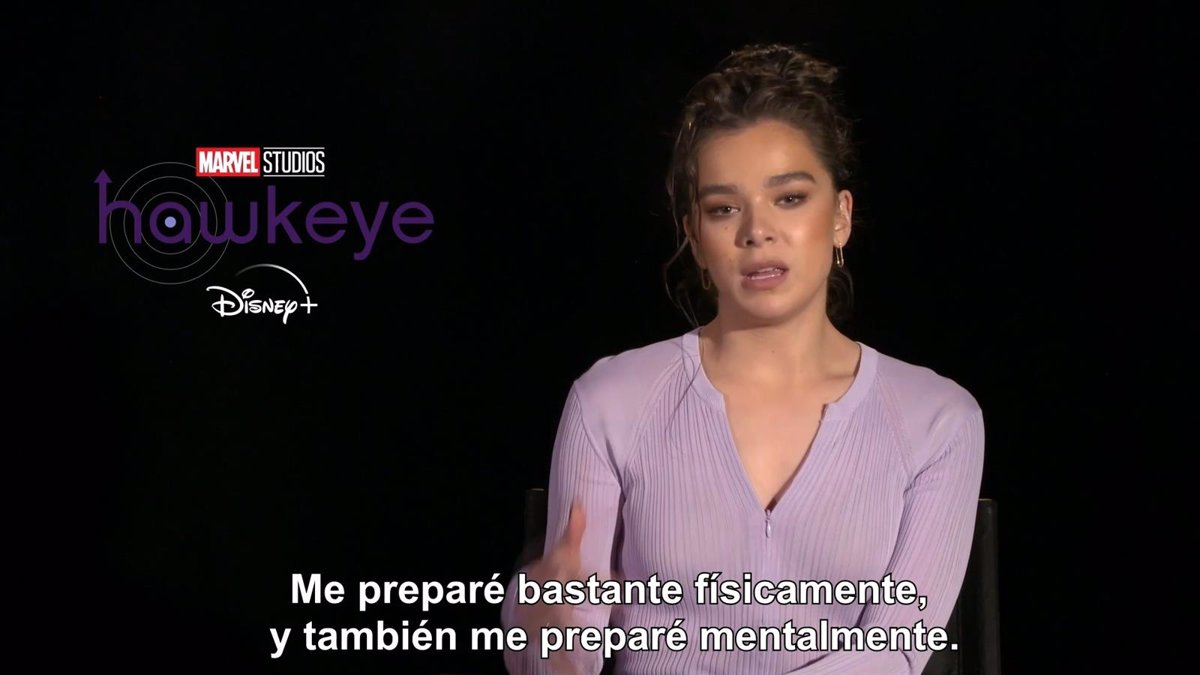 Hailee Steinfeld takes on the shoes of Kate Bishop in ‘Hawkeye’, the new series based on the character of ‘The Avengers’ interpreted by Jeremy Renner. Disney + exclusively premieres the first two episodes of Marvel Studios ‘Hawkeye’ this Wednesday, November 24.

Something surreal. This is how Hailee qualifies her foray into the Marvel Cinematic Universe. “I feel extremely lucky and very excited to be a part of the MCU. It’s quite surreal, “Hailee said during an interview with Europa Press.

The young woman had to train conscientiously to play Bishop, a 22-year-old experienced archer. “I prepared quite physically and I also prepared myself mentally. I didn’t want to feel intimidated I wanted to be prepared and focus on the character and emotional scenes. I trained for quite some time before starting this project, “says the ‘Dickinson’ actress.

The interpreter claims that Kate Bishop has revealed her own personality. “I think there were already similarities between Kate and me. She has brought out my confidence, determination and ambition, “explained Steinfeld.

The young woman spoke of Bishop’s relationship with her mother, Eleanor, a role played by actress Vera Farmiga. “It’s a pretty complicated relationship. Kate is very independent and knows what she wants to do with her life. Eleanor has very different things in mind for her daughter. He has very different ideas of what Kate’s future will be like, “said the beautiful actress.

Marvel Studios’ Hawkeye is a new series set in New York two years after the Lapse and the events recounted in ‘Avengers: Endgame’. Former Avenger Clint Barton, aka Hawkeye (Jeremy Renner), has a seemingly simple mission: to reunite with his family at Christmas. But will he succeed?

Maybe with the help of Kate Bishop (Hailee Steinfeld), a 22-year-old archer who dreams of becoming a super heroine. The two are forced to work together when a presence from Barton’s past threatens to spoil much more than the Christmas spirit.

Actors Fra Fee, Tony Dalton, Zahn McClarnon, Brian d’Arcy James and newcomer Alaqua Cox join Hailee Steinfeld and Jeremy Renner in the cast of the long-awaited series. Composed of a total of six chapters and set around the holidays, “Hawkeye” is directed by Rhys Thomas and the duo of directors Bert and Bertie.

One thought on “Hailee Steinfeld: “Being part of the Marvel Universe is quite surreal””