“I have not stopped being a filmmaker” 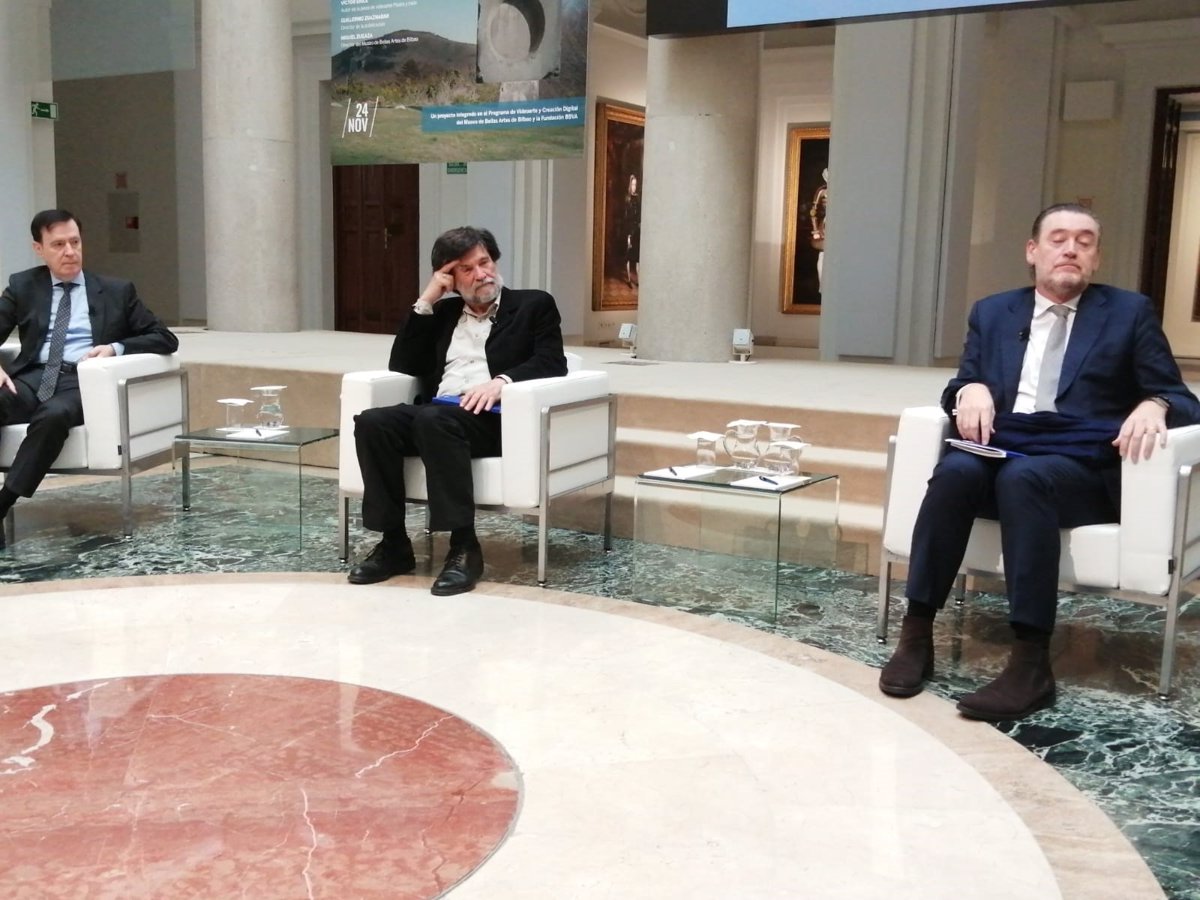 The filmmaker Victor Erice, who publishes the essay ‘Stone and sky. Jorge Oteiza, an evocation ‘ With the backing of the Bilbao Fine Arts Museum and the BBVA Foundation, he has vindicated his film career, recalling that his “transit to the museum will not crystallize in a solution of continuity “.

“I have not stopped being a filmmaker, which has been my main dedication “, The director pointed out during the presentation of the essay in Madrid, accompanied by the director of the Bilbao Fine Arts Museum, Miguel Zugaza. The last feature film directed by Erice dates from 1992, with ‘The quince sun’.

“Everything I have done after that year is forgotten, there have been quite a few things that have circulated in places not typical of the film industry. The problem is not producing films, but where they are projected and in recent years I have done work, but unknown“, said the director.

In fact, he has brought up his work in 2012 in a joint film with names like Pedro Costa or Manoel de Oliveira. “It was released in theaters and hardly anyone saw it, regardless of the relevance of the directors. It served to fuel festivals. But now, even to release movies you have to pay and that means something of what happens in this country“Erice lamented.

The director believes that “there is some reason in the ‘death of cinema'”, since “good films are still being made, but with a discourse linked to experience”. “You can no longer talk about viewers, but about consumers, and cinema has gone from being a public experience to deriving something related to the domestic “, has indicated.

Asked if he thinks the end of movie theaters is near, Erice has been a defender of these spaces. “The cinema is still the ideal place to watch movies. I do not disdain the cinema experience on other devices, it is the sign of our times, but it is not the same and films are not made in the same way.“, he pointed out.

For the director, nowadays “any young man with his camera and a montage application on his computer can make a film and upload it to platforms”, which is a positive point as it “broadens the experience”. Conversely, regrets that professionalized cinema is “marked by large corporations.”

“They dictate what to do and how to do it,” he criticized during the presentation of the essay at the headquarters of the BBVA Foundation. Erice has addressed the creation processes of the artists, recalling his work on Oteiza for the Bilbao Fine Arts Museum that ended in a video installation – and that now the filmmaker wants him to travel to Madrid.

“Like Antonio López, he starts many paintings and abandons them, but giving great value to the creative experience, I do the same with videos “, he has pointed out, also indicating that he does not separate “the director’s experience from that of the spectator.”

“The filmmaker does not enjoy the impunity of the painter, because he works in the company of other people while the painter has the intimacy of his time”, highlighted Erice, who has also defended the “commitment to reality” that in his opinion must carry any artistic project.

“If art does not become an experience, it loses its usefulness to a great extent. I consider my work completed if it has served in a modest way for the citizens“, has concluded the creator of ‘The spirit of the hive’ or ‘The south’.

One thought on ““I have not stopped being a filmmaker””