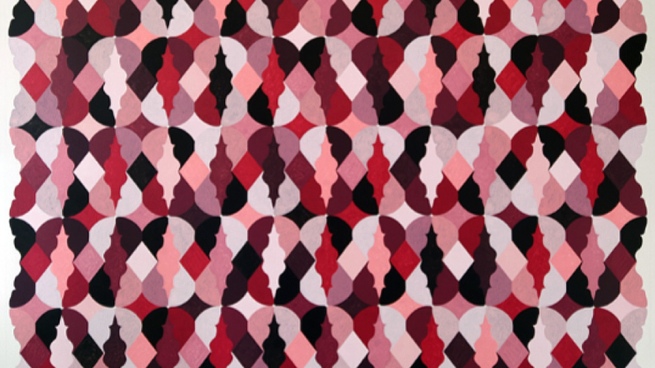 Taking as a starting point maps of subway lines of large cities such as Vienna, Paris, Barcelona, ​​Tokyo and New York, and of the urban signage of different places, the artist creates geometric abstractions that make up the Vestigios series. “They are archaeological traces, tracks and maps of possible routes that we ourselves configure,” he says.

From these maps of the underground networks – complex lattices that mark the accelerating pulse of megalopolis – Sinai creates geometric, silent and timeless abstract syntheses. Part of that production will be exhibited at the Villa Crespo headquarters of the new MM Gallery space.

There he will also exhibit the series “Multiple”, arising from the image of a butterfly downloaded from the Internet that the artist uses as a pattern to create different designs and with which he alludes to the infinity of effects that are beyond the control and understanding of the human being.

The exhibition will be completed with “Limbic Interval”, a haunting humanoid presence that the artist created inspired by the tension between social life and the intimate world. How to expose ourselves and, at the same time, protect ourselves from our own demons? was the question that acted as a trigger for the work.

In the middle of the pandemic, Romina and Luciana Massarino opened MM Gallery, a contemporary art space with offices in Buenos Aires and Berlin that exhibits works by Argentine artists. Just a month before the strict confinement, the Villa Crespo subsidiary was ready. And late in 2020 Luciana settled in Berlin to select a space and promote the project from there.

Large in size, both venues have an industrial aesthetic and are outside of traditional gallery spaces: the one in Buenos Aires occupies one of the floors of a building where textile workshops operate; that of Berlin, a large subsoil.