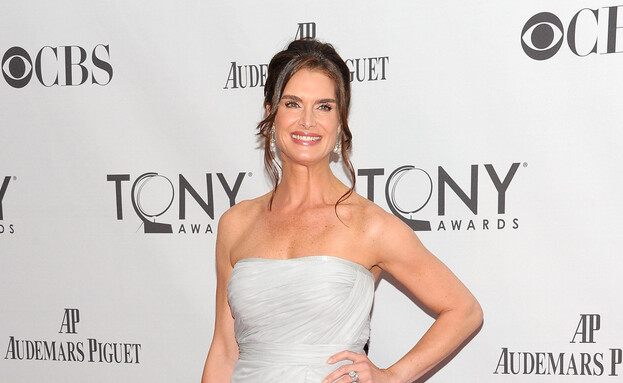 Brooke Shields first revealed that she was raped in the late 1980s, when she was in her early twenties. Shields did not reveal the name of the man who raped her, but she did mention that it was a man who works in the Hollywood industry, and the meeting with him was supposed to be purely professional. It turns out that Shields is not alone, and quite a few Hollywood actresses and singers have been exploited and harassed. These are just some of them.

Kate Moss: “I decided to run away from there”

Supermodel Kate Moss told about a traumatic event that happened when she was only 15 years old. “The photographer told me to take off my shirt, so that’s what I did, and then he asked me to take off my bra. I felt that something was wrong. I decided to run away from there. It could have ended differently. At the same time, Moss talked about the objectification she went through when she was a girl: “They always tried to make me a symbol Sex and I was just a girl.”

Megan Fox: “Everything is approved by the producer”

Megan Fox previously told how she was sexually harassed when she was only 15 years old: “There was a dance show on the club scene and they brought me in. I had to wear a bikini with stars and stripes, a cowboy hat and high heels – all with the approval of the producer Michael Bay. I remember being told that I was underage So you can’t sit me at the bar or give me a drink in my hand, and his solution was to make me dance under a waterfall that soaked my clothes, which of course became transparent – with everyone looking at me. So I didn’t understand what that meant.”

Mara Wilson: “I felt so ashamed”

Anna Ferris: “Everyone around laughed”

Anna Faris is a film actress and voice actress, and is best known for her role as Cindy Campbell in the “Scream” films. She began her film career at the age of 9 in a theater in Seattle. Already in 2017, Faris said in her podcast that the late director Ivan Reitman, with whom she worked in 2006, when she was 29 years old, harassed her and slapped her on the butt: “I played a scene in the movie ‘My Super Ex’ where I was supposed to take books down from a high shelf, and he just patted On my ass, when everyone around was laughing. I was young and all I could do was giggle.” According to her, the same director even mentioned to her agent that she was accepted for the role “only because of her long legs”: “I don’t think they would talk like that about a male actor.”

Reese Witherspoon: “I wish I could tell you that this is a one-time incident”

Actress Reese Witherspoon revealed in 2017 that she experienced several cases of sexual harassment and assault. According to her, at the beginning of her days in Hollywood, she was harassed by a well-known figure in the industry. “I wish I could tell you that the director who assaulted me when I was 16 was a one-off,” she said, “but that’s not the case.” According to her, the agents and producers knew about what was happening but forced her to keep quiet and not tell anyone, “and as a young actress this is what I had to do.”