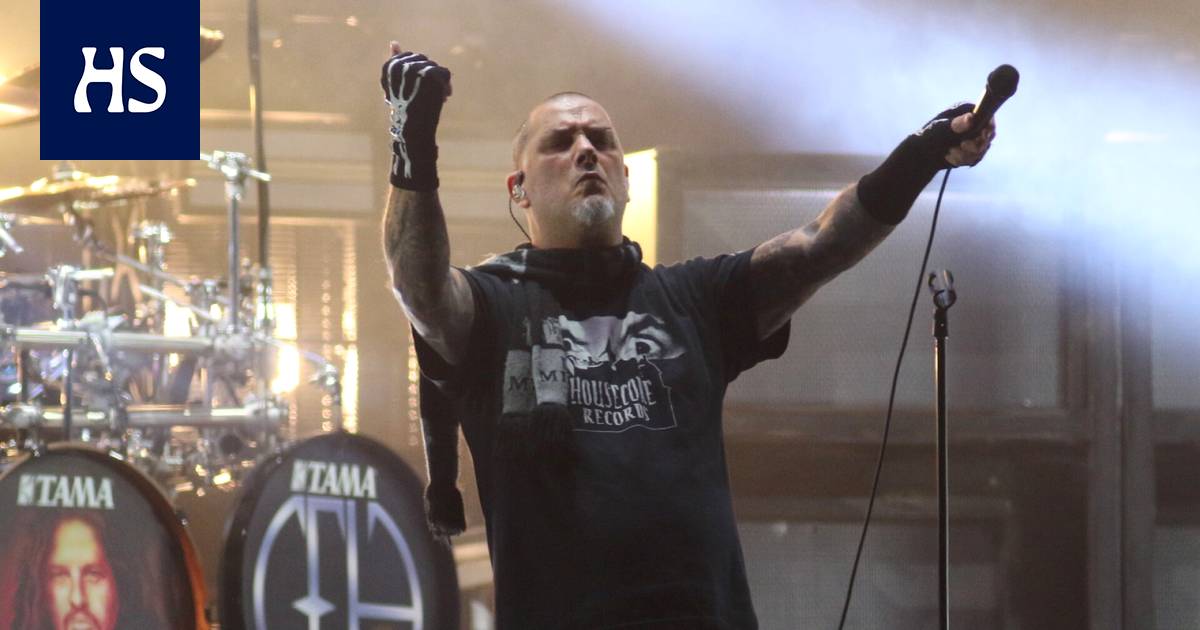 On June 8 at Hyvinkää Rockfest in Finland, Pantera is slated to perform. The Rockfest schedule is unaffected by the German festivalgoers’ choice.

After a 21-year absence, the metal band Pantera made a comeback on stage last December. Fans’ reactions to the band’s comeback were not all that unanimous.

Fans were thrilled to hear their favorite songs performed live once more, but the band’s reunion was overshadowed by the hostility of the outgoing members and Phil Anselmon’s prior racist remarks.

Drummer Vinnie Paul Abbott passed away in 2018 while guitarist Darrell “Dimebag” Abbott, a member of the band’s initial line-up, died in 2004.

Before his passing, Vinnie Paul Abbott reportedly objected to the band’s reunion. Abbott’s estate issued a statement in 2022 rejecting the band’s reunion tour but praising the manner it was honoring the late guitarist and drummer.

The current Pantera has bassist Rex Brown and singer Anselmo from the original lineup.

In 2016, the band’s lead singer Phil Anselmo infuriated the metal scene with behaviors that were perceived as racist.

At the Dimebash performance held in honor of the band’s guitarist Darrell Abbott in January 2016, a fan captured Anselmo doing the Nazi salute and yelling “white power.” Later, Anselmo expressed regret for his actions. Additionally, he claimed that at the time, he was highly inebriated.

As previously stated, Pantera will not appear at Rock am Ring and Rock in the Park in 2023. We have had numerous in-depth conversations over the past few weeks with the performers, our partners, and festival attendees. We have collectively addressed the issue and decided to take the band off the schedule. On Monday, January 23, the festival posted an announcement on its Facebook page.

Two festivals, Rock am Ring and Rock im Park, are held on the same weekend. Since 1985, festivals have been planned. The two festivals have drawn about 150,000 visitors in total. From June 2 to 4, the events will be held in the German cities of Nürnberg and Nuremberg.

On Thursday, June 8, pantheran is slated to headline the Hyvinkää Rockfest concert in Finland.

According to the decision of the Rock am Ring and Rock im Park festivals, Pantera’s appearance in Finland won’t be impacted, says Nelonen Media Live promoter Janne Tamminen. Tamminen claims that Anselmo’s past allegations of racism were taken into consideration when Rockfest decided to book the band in the fall.

The behavior was dealt with severely in 2016, even though it is by no means acceptable and goes against all of our beliefs, according to Tamminen.

He is confident that Anselmo won’t do the same thing again.

No matter how difficult it may be, Tamminen adds, “we have to strive to think that a person may learn from his mistakes and in some little manner better his ways. We don’t discount it and we are conscious of its problematic character.

“Due to history, the issue is far more delicate in Germany. I’m not saying it’s any less significant here, either.

Other European festivals, like Sweden Rock in Sweden, Copenhagen Festival in Denmark, and Tons of Rock in Norway, will also feature performances by Pantera. The group is also an opening act for Metallica on their North American leg of their world tour.

HS is a member of the same Sanoma organization as Nelonen Media, the company in charge of planning Rockfest.