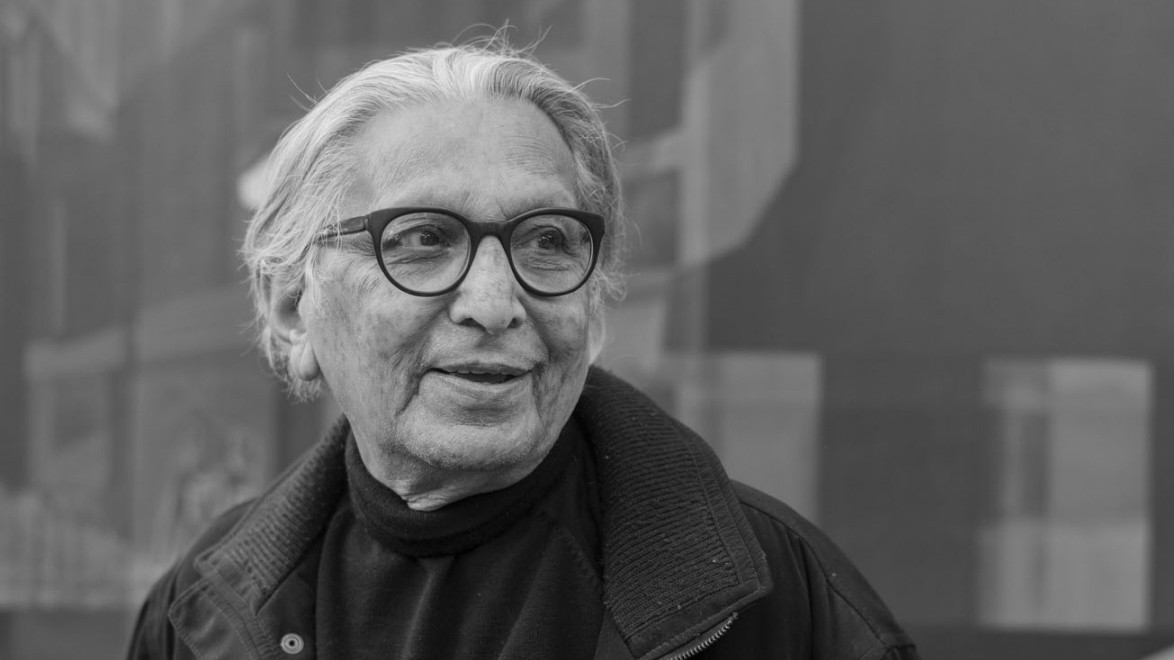 Balkrishna Vithaldas Doshi, regarded as “India’s best architect,” passed away in Gujarat on Tuesday at the age of 95. He was the recipient of the prestigious Pritzker Prize for Architecture. He influenced the growth of his nation’s architectural discourse and was one of the few contemporary architecture pioneers in the subcontinent. Doshi, who was born in Pune in 1927, studied architecture in Mumbai before going to study with Le Corbusier in Paris. Le Corbusier had a significant influence on Doshi. Doshi spent four years (1951–1954) as a senior designer for Le Corbusier in Paris and another four years (1955–1960) in India managing projects in Ahmedabad. He later participated in creating the Indian Institute of Management (IIM) in Ahmedabad while working with Louis Kahn.

His work spans a wide spectrum, including the development of entire cities and communities, private residences, educational and cultural organizations, as well as governmental and administrative structures. His own architectural firm Sangath in Ahmedabad (1980) and the renowned low-income housing development Aranya in Indore are two of Doshi’s most notable creations (1989). Doshi has “created an indelible legacy” as a master of form and light, claims the publication Architectural Digest India on Instagram.