“We are still in time to save the world” 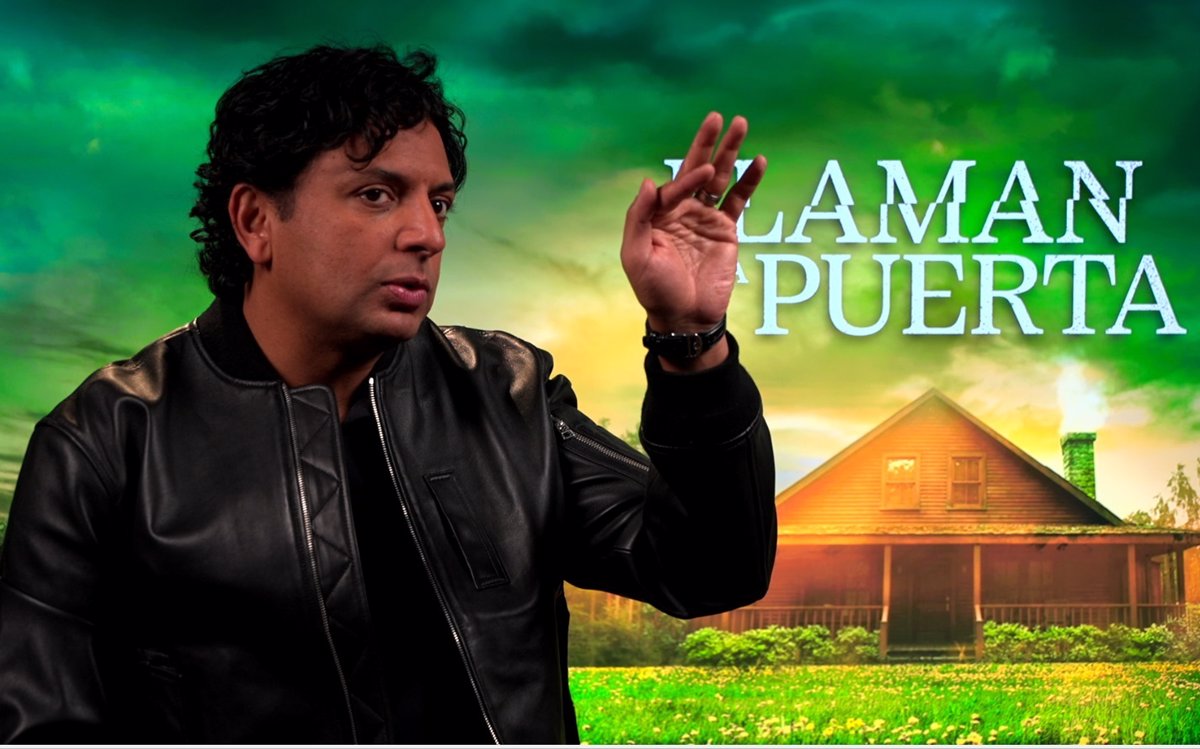 – “Theatre cinema will never go away. It is the highest art form“, proclaims the director of ‘The Sixth Sense’ and ‘Signs’

It hits theaters on February 3. ‘Knock at the door’,the new film of M. Night Shyamalan. The director of ‘The Sixth Sense’, ‘The Forest’ or ‘Glass’ returns to the big screen with another unique story with apocalyptic overtones in which a family is assaulted by a group of fanatics who presumably seek to prevent the end of the world.

“I believe that we are still in time to stop the Apocalypse if we have the will and the determination to do so.“Says Shyamalan in an interview with Europa Press when questioned about the apocalyptic overtones of his latest film which, curiously, coincides with the last preview of the Doomsday Clock,the symbol with which a group of scientists evaluate how close the end of the world is.

A thermometer on the Apocalypse that, moved by factors such as the nuclear risk due to the war in Ukraine, the climate crisis and the threat of a new pandemic, is closer than ever to the global cataclysm. “I’m sure every generation has felt like they’ve been near the end, but none so much for us, I guess.. And that is something that should make us reflect, of course, “says Shyamalan.

In any case, the filmmaker confesses that his opinion on the future of humanity in the medium and long term depends on the day he has. “When I wonder if the human experiment is going well, If I’m going through a bad time, maybe I think not, that it would be better if we saved the rest of the species by disappearing ourselves. But lately I am more optimistic, I believe more in our ability to change quickly,” says the director of ‘Señales’ or ‘Múltiple’.

In this sense, Shyamalan points out that “those social or technological changes that used to take about 25 years, a whole generation, can now occur in just about five years” and he is confident that “that acceleration of change works to our benefit” to turn back, step by step, that clock of the end of the world.

THE APOCALYPSE OF CINEMAS

What Shyamalan has no doubt about is the future of movie theaters. And contrary to what many of his colleagues think, he believes that the big screen is in “magnificent health.” “Those who predict the apocalypse of cinema are wrong. Cinema will never disappear because it is the art of being together watching a story, sharing a story. That’s been around since caveman times and it’s not going to change. We want to come together to hear stories“, sentence.

And it is that, although factors such as “new technologies” or the still recent pandemic “can force us to separate”, for Shyamalan the tendency to share “experiences together, whether they are concerts, sports or movies” is something “unmatched”. “For me, cinema is the highest form of art because it is all forms of art together and enjoyed in community. And it’s not the same to do that at home. You will never be able to compete against something like this,” argues the filmmaker who maintains that the “impact” experienced by the public in a theater is not comparable to that of premieres on platforms.

“Can you remember ten movies released on streaming last year after the thousand that must have been released? They don’t impact us in the same way. Possibly we do remember 10 movies that have been released in theaters. The impact that a movie theater has on the public is so profound that not even a global pandemic has been able to change it,” insists Shyamalan, who supports his enthusiasm with the “incredible results” that have achieved “blockbusters” after the covid like the Marvel movies, ‘Top Gun: Maverick’ or the most recent ‘Avatar: The Sense of Water’.

“There are still movies that blow up the box office. The public is still there and we must continue making films so that they can be seen exclusively in theaters. Movie theaters are healthier than ever”sentence.

Based on the novel by Paul Tremblay, ‘Knock at the door’ tells the story of a girl and her two parents who enjoy their idyllic vacation in a remote cabin in the middle of the woods. Everything is going well until they become hostages of four armed strangers who will force them to make an impossible decision if they want to avoid the apocalypse.