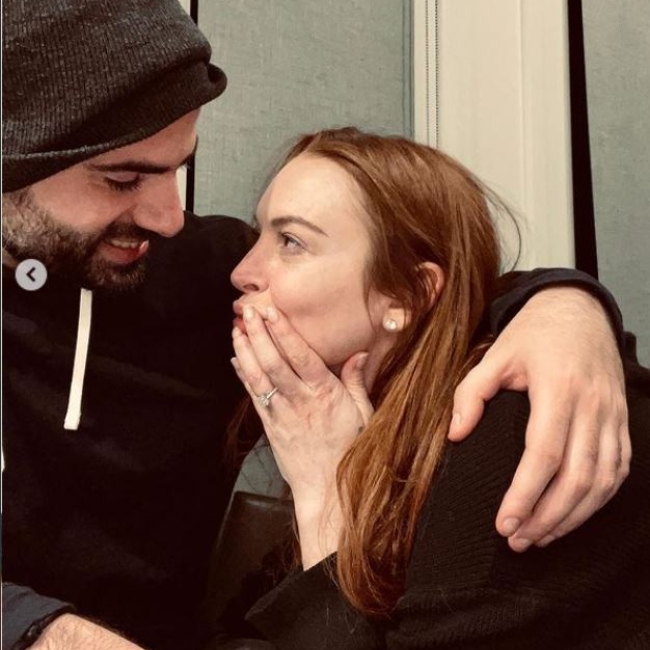 After two years of a close relationship (under the radar), the actress and her partner, the director of funds in Adar Shams, are engaged. “My love, my life, my future,” Lohan declared on her Instagram account

Surprising news from overseas: Lindsay Lohan (35) and her partner of the past two years, Bader Shams, are engaged, the actress revealed today (Sunday), the actress on her Instagram page. “My love, my life, my family, my future,” Lohan wrote alongside a sequence of couple photos (with a focus on the ring).

The two began their romantic journey in early 2020, when they were spotted together having a party in Dubai. “Lindsay is dating a wonderful guy,” the actress’ mother said last year, just months after the two began dating, adding that if Lindsay wanted to talk about her personal life she would do it herself.

Earlier this year, an associate of Lohan was interviewed by The Sun and told of the actress’ stable relationship: “Lindsay and Bader’s relationship is getting stronger. They have been together for two years. Bader is a stable figure in her life, he is not an actor or related to the entertainment industry.

Recall that Lohan’s romantic past includes engagements to millionaire Igor Travesov, which was documented on camera by the paparazzi when he physically attacked Lohan during a 2016 vacation in Mykonos. “Igor drank too much and went crazy,” the actress told the Daily Mail in an interview after the incident, adding: “I understand now that I can not stay in a relationship just out of love. No woman can get hurt and stay with the same man if he is not willing to say sorry.”

The same shocking and well-documented incident occurred a few days after another quarrel between the two: “Igor and I went out to dinner, danced and had fun. When we came back, I went to sleep and Igor worked. He came back a few hours later and when I woke up he was standing in front of me, he was not he – he “He was very aggressive, strangled me and attacked me,” she said. It should be noted that despite the incriminating images Travesov vehemently denied the serious allegations and Lohan never filed a complaint against him.

It should be noted that in the past year it seems that Lohan has returned to herself and also in the spotlight after many years in which she took a break from her playing career and following endless crises (and arrests) she went through. The actress is currently working on a new project on the horizon – a new podcast that will provide listeners with a glimpse into her life: “I’m excited for my podcast, looking forward to connecting with more fans and having intimate conversations with friends,” she said.

In addition, next year a new film starring Lohan is expected to air, in which she will play a spoiled heiress suffering from amnesia, a film reminiscent of the old comedy Overboard, starring Goldie Hawn. The film is expected to hit Netflix ahead of the 2022 Christmas celebrations.